Accessibility links
'Important Gaps' Remain In Nuclear Talks With Iran, Kerry Says : The Two-Way The U.S. secretary of state also said he will use talks Sunday in Switzerland to assure his interlocutors that a letter from GOP senators on the validity of a nuclear deal with Iran carries no weight. 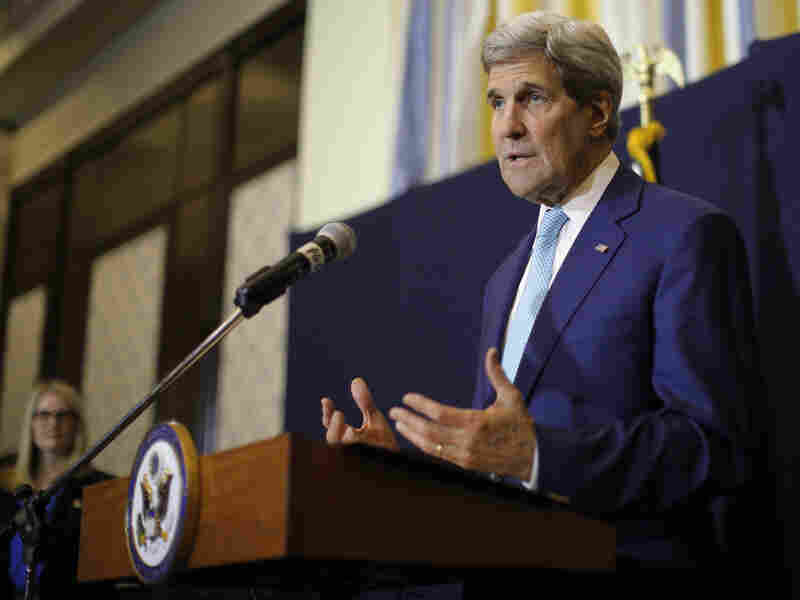 U.S. Secretary of State John Kerry speaks at a news conference in Sharm el-Sheikh, Egypt, on Saturday. Kerry said he's returning to nuclear negotiations with Iran with "important gaps" standing in the way of a deal. Brian Snyder/AP hide caption 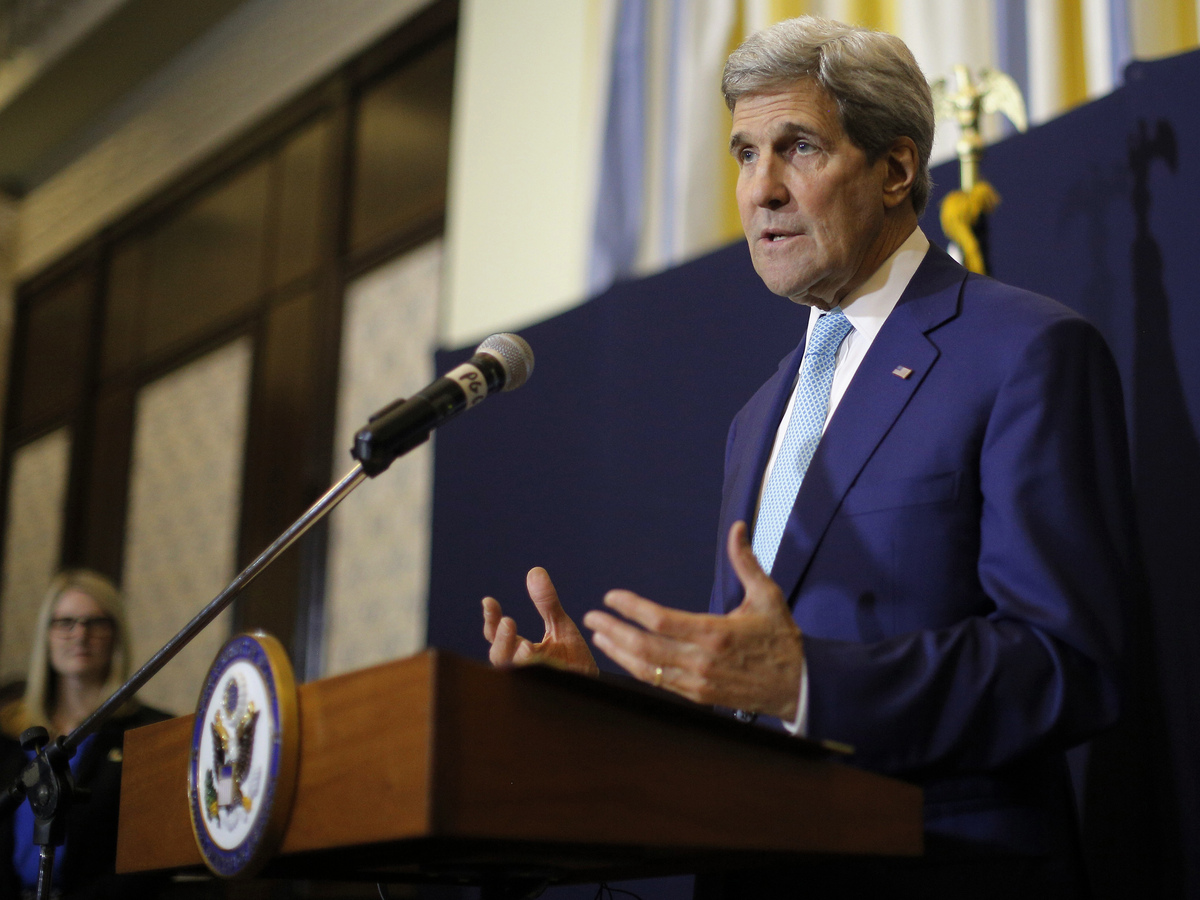 U.S. Secretary of State John Kerry speaks at a news conference in Sharm el-Sheikh, Egypt, on Saturday. Kerry said he's returning to nuclear negotiations with Iran with "important gaps" standing in the way of a deal.

U.S. Secretary of State John Kerry says while there has been some progress in talks with Iran over its nuclear program, "important gaps" need to be overcome before a deal can be reached by a late March deadline.

"We have made some progress but there are still gaps, important gaps, and important choices that need to be made by Iran in order to move forward," Kerry said.

His comments Saturday in Sharm El-Sheikh, Egypt, come a week after 47 Republican senators wrote an open letter to Iran, suggesting that any deal that is reached would lapse the day President Obama leaves office.

Kerry, who travels to Lausanne, Switzerland, on Sunday for another round of talks with his Iranian counterpart, Mohammad Javad Zarif, said he would seek to assure U.S. allies — Britain, China, France, Germany and Russia — and Zarif that Congress did not have the authority to change a deal.

"As far as we're concerned, Congress has no ability to change an executive agreement," Kerry said.

He added that any deal that is reached "would protect the world, including the United States and our closest allies and partners from the threat that a nuclear-armed Iran could pose."

That's an apparent reference to criticism of the talks from some U.S. allies, including Israel, whose prime minister, Benjamin Netanyahu, had called the proposed deal with Iran "bad."

But, Kerry said, the purpose of talks with Iran is "not just to get any deal. It is to get the right deal."

The Associated Press adds: "Negotiators are talking about freezing Iran's uranium and plutonium programs for at least a decade in exchange for a gradual easing of economic pressure on the Iranians. Many in Congress say the U.S. should hold out for greater dismantlement of Iran's nuclear infrastructure. But opponents of a deal have been vague about what types of continued nuclear activity — if any — they would deem acceptable."

In his comments, Kerry also spoke of the upcoming Israeli elections, saying the U.S. is hopeful that "whatever the choice the people of Israel make," peace efforts with Palestinians can resume. He quickly added that he did not want his remarks to be misconstrued as interference in the election. U.S. relations with Israel have been tense since Netanyahu criticized the U.S. talks with Iran in a speech before Congress.

Kerry also said a U.S. decision on resuming military aid to Egypt would come "very soon." Egypt says it needs military equipment, including F-16s, to combat extremists in the Sinai Peninsula. The U.S. aid was suspended after Egypt's military ousted the country's democratically elected government in 2013.