Accessibility links
Large Crowd Attends Funeral Of Wisconsin Man Shot By Police : The Two-Way Tony Robinson, 19, was killed March 6 by an officer. Police say he was shot after a confrontation in which he allegedly assaulted the officer. Protesters say the death is more evidence of racial bias. 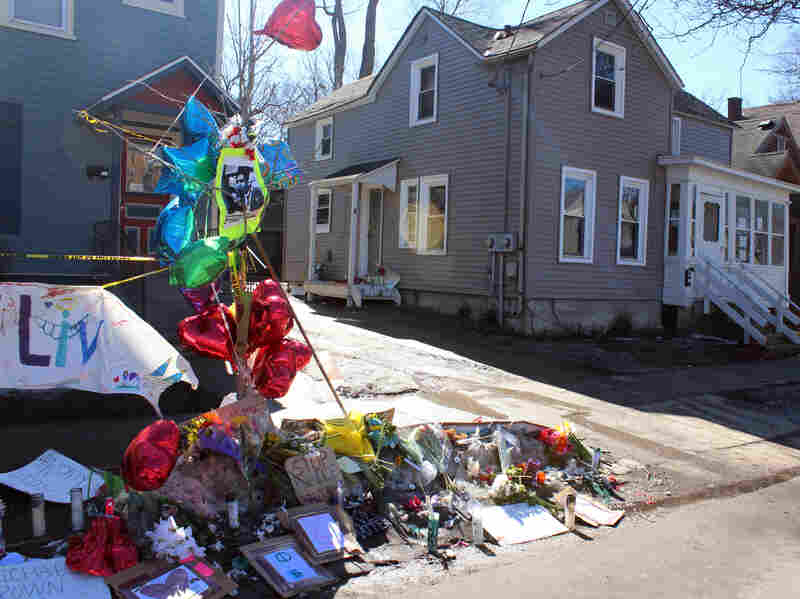 A makeshift memorial is seen on March 11 in Madison, Wis., in remembrance of 19-year-old Tony Robinson, who was fatally shot by a Madison police officer on March 6. Carrie Antlfinger/AP hide caption 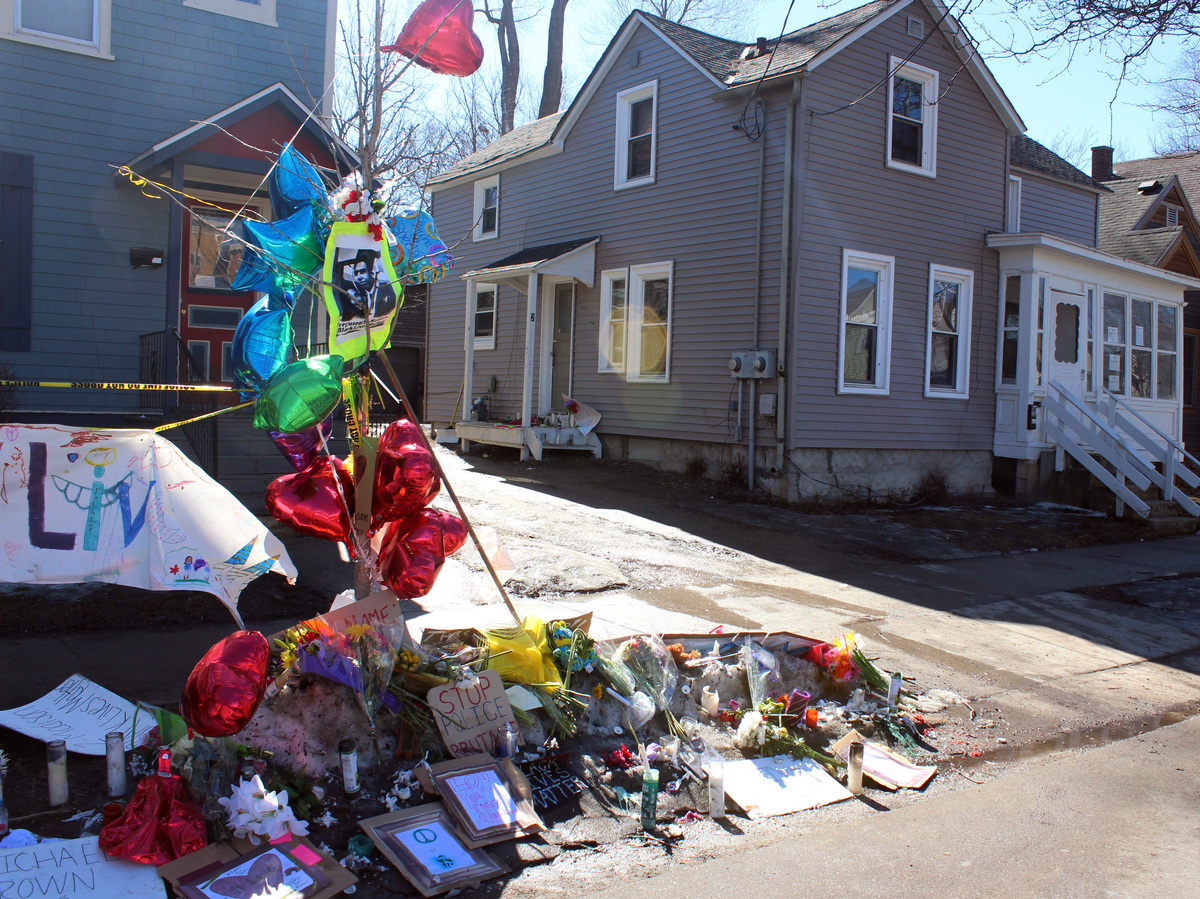 A makeshift memorial is seen on March 11 in Madison, Wis., in remembrance of 19-year-old Tony Robinson, who was fatally shot by a Madison police officer on March 6.

Hundreds of mourners gathered at the funeral in Wisconsin for Tony Robinson, the unarmed 19-year-old black man who was killed March 6 by a police officer in Madison.

A visitation and funeral for Robinson, whose father is black and mother white, were held Saturday in a high school field house. The Associated Press reports so many attended the funeral that they filled the field house — which had been selected to accommodate the expected crowd — and spilled out into a secondary gym.

A few mourners at the funeral wore t-shirts that said "Black Lives Matter," reports the AP, but those carrying signs were asked to put them away at the family's request.

Protests against Robinson's death have been peaceful, in line with a call made by Robinson's family.

Robinson's death is the latest of an unarmed black man at the hands of the police. The most prominent of those cases, that of Michael Brown in Ferguson, Mo., led to large protests, sometimes violent, and a Justice Department report that accused the Ferguson police and court system of racial bias.

Madison Police Chief Michael Koval has acknowledged there's a trust gap between the community and police, but was quick to apologize to Robinson's family. And, he says, Madison shouldn't be compared to Ferguson. His department, he says, trained its officers on unconscious racial bias.

"They're aware of those things," he said, "so that we can act as guardians not only to community but towards one another to ensure that those sort of racist outcomes don't occur."