Accessibility links
Robert Durst, Subject Of HBO's 'The Jinx,' Arrested In New Orleans : The Two-Way Durst, the troubled heir to a New York real estate fortune, has been questioned in the past over two deaths and a disappearance. It is unclear if his arrest is linked to those cases. 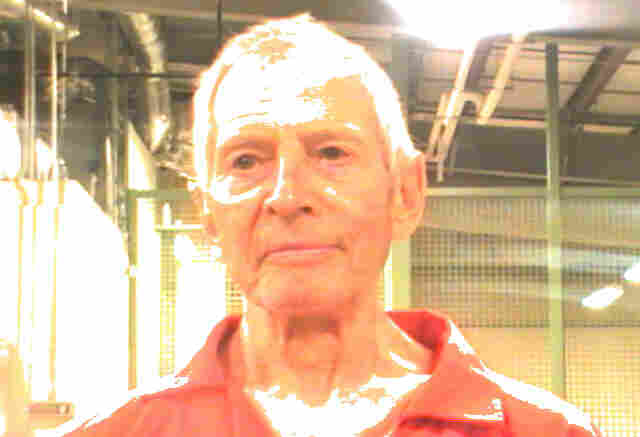 This booking photo provided by the Orleans Parish Sheriff's Office shows Robert Durst, after his arrest Saturday in New Orleans on an extradition warrant to Los Angeles. AP hide caption 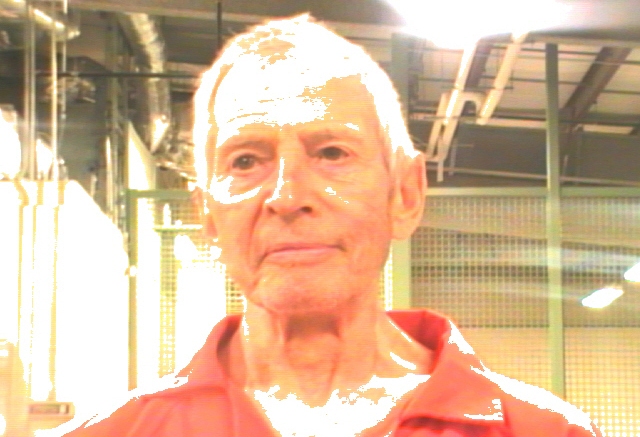 This booking photo provided by the Orleans Parish Sheriff's Office shows Robert Durst, after his arrest Saturday in New Orleans on an extradition warrant to Los Angeles.

At the conclusion of the HBO documentary The Jinx, the filmmakers presented audio of Robert Durst whispering to himself, "What the hell did I do? Killed them all, of course" — an apparent reference to the alleged crimes that have clouded his life in suspicion.

The moment was caught on a camera Durst was wearing. The New York Times reports that more than two years passed between the recording of the interview and the discovery of that audio clip.

Robert Durst, the troubled heir to a New York real estate fortune and subject of HBO's documentary The Jinx, has been arrested in New Orleans, the Orleans Parish Sheriff's Office said.

Durst, 71, was arrested late Saturday on a warrant issued by Los Angeles County, his online arrest report said. His defense lawyer told, Chip Lewis, The Associated Press the FBI arrested Durst for the murder of his close friend Susan Berman in 2000.

Durst, whose life has been described by NPR as "undeniably bizarre," has been previously questioned in connection with the disappearance of his first wife in 1982 and Berman's killing in 2000. He was acquitted in a case involving the 2001 shooting and dismemberment of his neighbor in Galveston, Texas; he claimed self-defense in that case.

Those cases are the subject of HBO's documentary series, the final episode of which airs this evening.

Durst has maintained his innocence.

Lewis told the AP Durst will waive extradition and be transported to Los Angeles to face the charges.

As NPR noted in a review of All Good Things, a fictionalized account of Durst's life, the real estate heir's tale was "filled with disappearances, murders and nearly two decades spent in hiding under assumed names and an alternate gender."