Accessibility links
Russia's Putin: 'Life Would Be Too Dull Without Rumors' : The Two-Way Vladimir Putin's disappearance from the public eye prompted a flurry of rumors about his health or even a possible coup. He dismissed all that Monday.

Russia's Putin: 'Life Would Be Too Dull Without Rumors'

Russia's Putin: 'Life Would Be Too Dull Without Rumors' 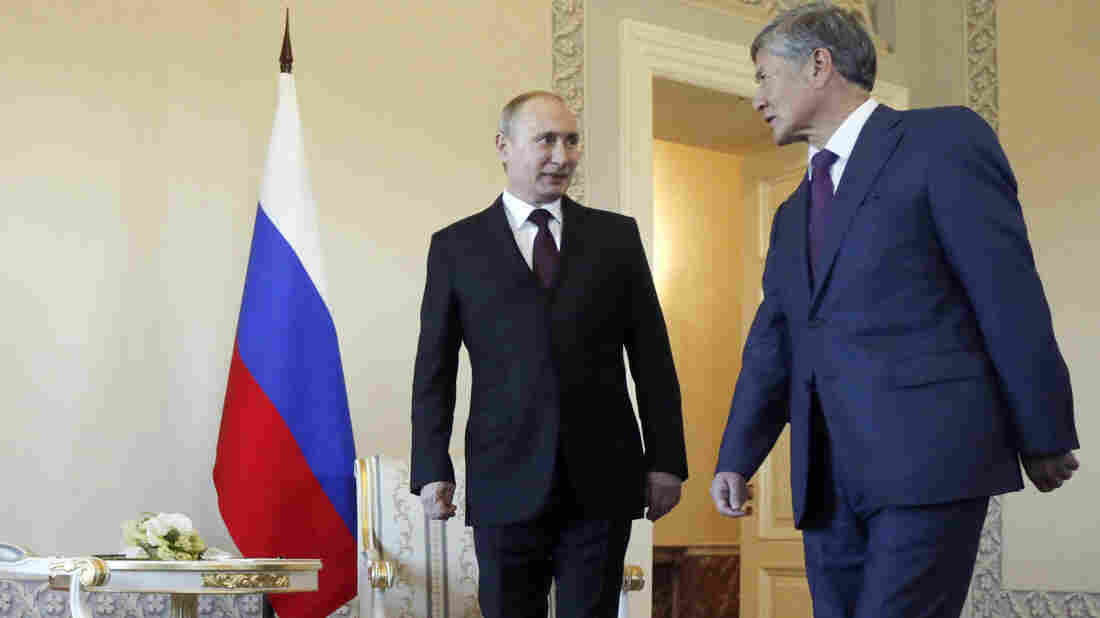 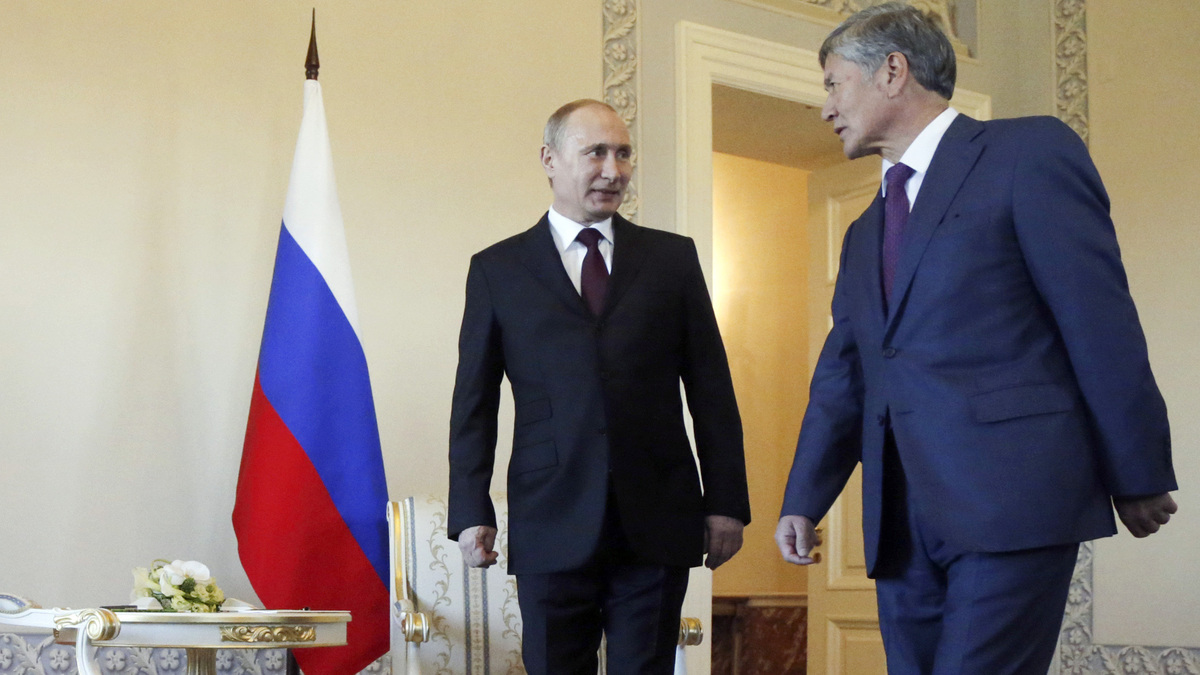 Russian President Vladimir Putin and his Kyrgyz counterpart, Almazbek Atambayev, arrive for a meeting Monday at the Constantine Palace in St. Petersburg, Russia.

Making his first verified public appearance in more than a week, Russian President Vladimir Putin said the conspiracy rumors that were whipped up in his absence were silly. Putin appeared Monday with Kyrgyzstan's president in St. Petersburg, Russia.

Putin appeared in public March 5 and then dropped out of sight. His short-term disappearance from the public eye prompted a wide range of theories about his health or even a possible coup. It also inspired a flurry of Photoshopped images of Putin, as the Two-Way reported Friday.

On Monday, Putin told reporters with a smile that "life would be too dull without rumors."

At a brief appearance before TV news cameras, President Almazbek Atambayev did most of the talking. Saying that he had also heard rumors that Putin was somehow faltering, Atambayev said they "are not very correct." He added, "As a Russian saying goes, 'You won't live to see that happen.' "

The Kyrgyz leader said Putin had driven him on a tour around the Constantine Palace in St. Petersburg.

"The Russian president not just goes out for strolls, but takes the seat at the wheel to take his guests for a fast ride," Atambayev said.

Noting that official comments on Putin's health had only fueled more rumors about him, the Kremlin said Monday, "We don't want to discuss this theme anymore."

But Kremlin spokesman Dmitry Peskov also joked about those rumors, telling reporters, "So you've seen the broken, paralyzed president, who has been captured by generals? He's only just flown in from Switzerland, where he attended a birth as you know."

Russian news outlet RT notes that one of the ideas brought up to explain Putin's absence — which included the cancellation of several official meetings and a trip to Kazakhstan — was a rumor that Putin's "alleged girlfriend, Olympic champion gymnast-turned-MP Alina Kabaeva, had given birth to a baby and that the Russian leader had abandoned the whole country for paternity leave."

Reuters reminds us that Putin's disappearance from public view "began a week after an opposition leader was gunned down outside the Kremlin walls, adding to an ominous atmosphere in a country suffering from an economic crisis worsened by international sanctions imposed over Putin's decision to intervene in neighboring Ukraine."