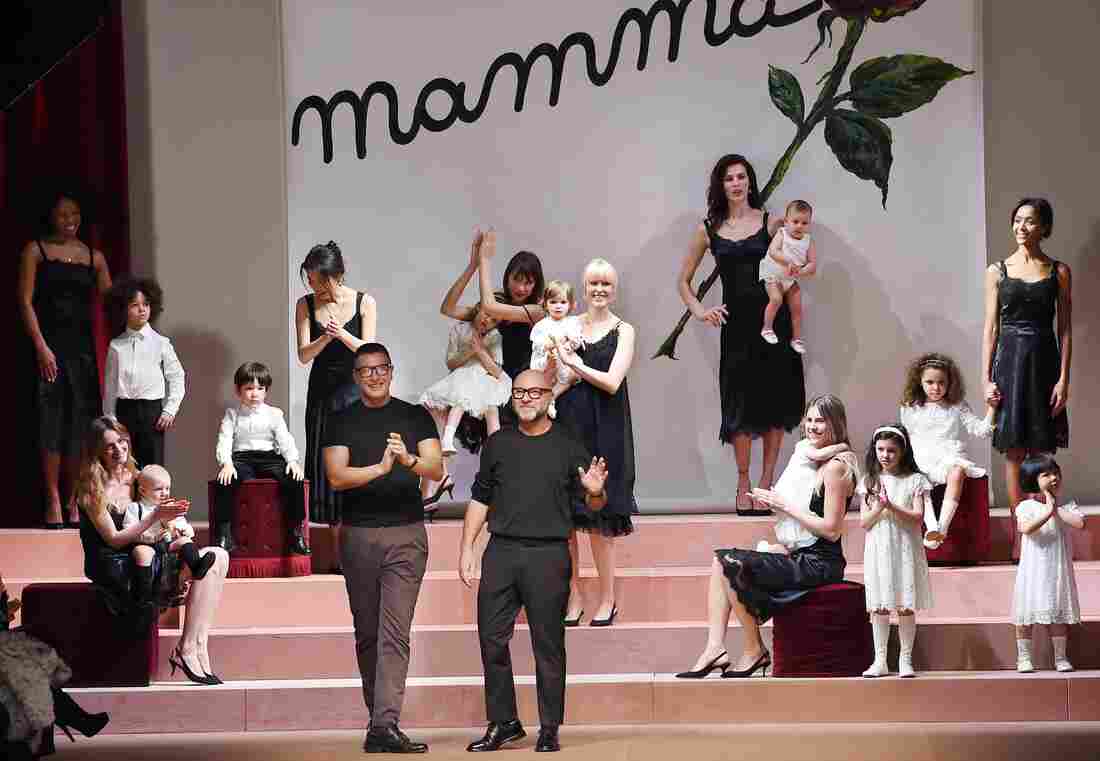 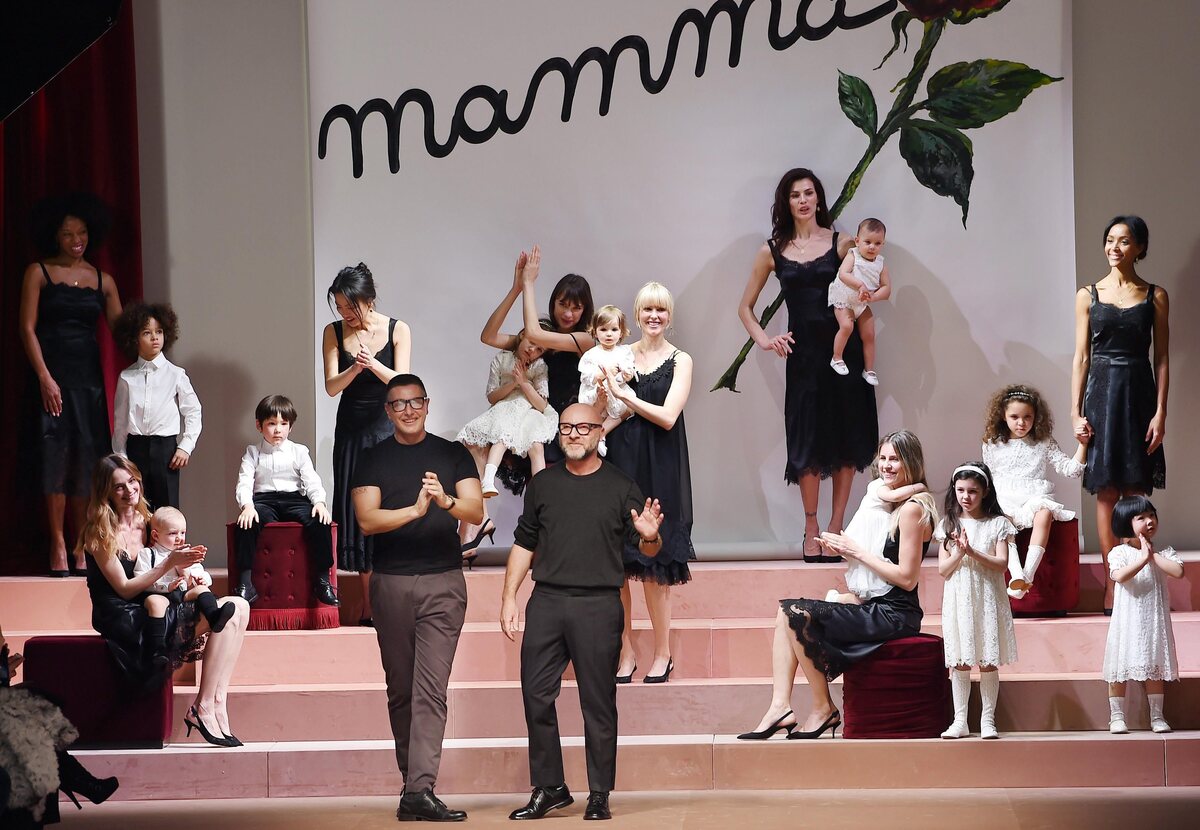 Stefano Gabbana (left) and Domenico Dolce, seen here during the recent Milan Fashion Week, are being criticized for remarks about same-sex families, sparking a boycott led by musician Elton John.

Fashion designers Domenico Dolce and Stefano Gabbana are locked in a very public argument with musician Elton John over their recent remarks condemning in vitro fertilization and saying same-sex couples should not raise children.

After John called for a boycott of the designers' clothes, Gabbana defended his right to air an opinion and urged people to shun the singer, responding to John's Instagram post by commenting, "Fascist!!"

The dueling boycotts were sparked by controversial comments Dolce and Gabbana made in an interview with Italy's Panorama magazine. In it, they said (translations via Britain's The Telegraph):

Both Dolce and Gabbana are gay; for decades, the business partners were also a couple. And as the BBC reports, they "have rejected same-sex marriage in the past."

John and his longtime partner David Furnish married in December; they are raising two children who were conceived through IVF.

Declaring a boycott of the Italians' products Sunday, John left no doubt about where he stands.

How dare you refer to my beautiful children as "synthetic". And shame on you for wagging your judgemental little fingers at IVF - a miracle that has allowed legions of loving people, both straight and gay, to fulfil their dream of having children. Your archaic thinking is out of step with the times, just like your fashions. I shall never wear Dolce and Gabbana ever again. #BoycottDolceGabbana

"How dare you refer to my beautiful children as 'synthetic,' " he wrote on an Instagram post featuring a photo of the designers. Calling IVF a "miracle" that has helped many couples have children, John concluded, "Your archaic thinking is out of step with the times, just like your fashions. I shall never wear Dolce and Gabbana ever again."

Celebrities and many of John's fans quickly took up the call, prompting Gabbana to respond with more than a dozen of his own Instagram posts in which he defended his company and his right to speak — and repeated calls to #BoycottEltonJohn.

Gabbana tells Italy's Corriere Della Sera that he's not serious about the call for a boycott. Saying that the comments about parenthood were taken out of context, he also says he's still unhappy with the singer's reaction: "It's an authoritarian way of looking at things. If you agree with me, fine. If not, I'll hammer you."

Responding to the uproar more directly Monday, Gabbana issued a statement via Instagram saying, "We talked about our way of seeing reality, but it was never our intention to judge other people's choices."

He added, "We do believe in freedom and love."

In another statement, Dolce wrote, "I'm Sicilian and I grew up in a traditional family, made up of a mother, a father and children. I am very well aware that there are other types of families and they are as legitimate as the one I've known." He continued, "But in my personal experience, family had a different configuration."

Monday morning, the hashtag #BoycottDolceGabbana topped the trending list on Twitter in the U.S.; the same hashtag quickly worked its way up the list of other "boycott" tags on Instagram. When we checked its popularity, it was between the campaigns #boycottclippers and #boycottisraelapartheid.