Accessibility links
European Allies Defy U.S. In Joining China-Led Development Bank : The Two-Way Germany, Italy, and France have become members of the Asian Infrastructure Investment Bank, one week after the U.K. joined. The U.S. says there's no need for another international lending institution. 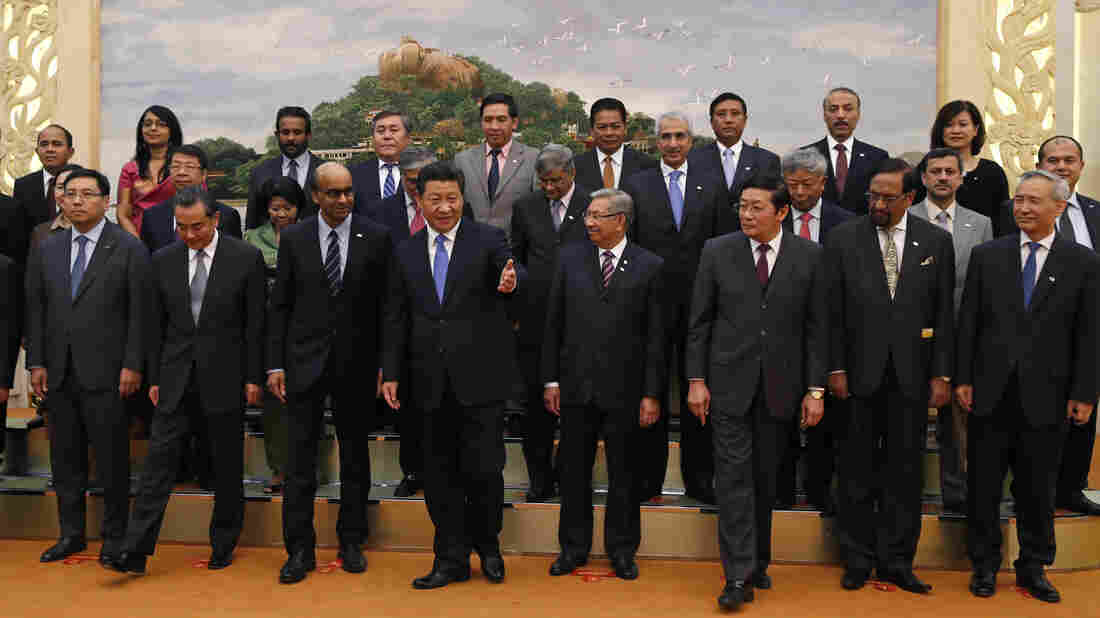 Chinese President Xi Jinping, center, and Asian leaders approved an agreement on the Asian Infrastructure Investment Bank in Beijing in Oct., 2014. European countries are beginning to sign up too. Takaki Yajima/AP hide caption 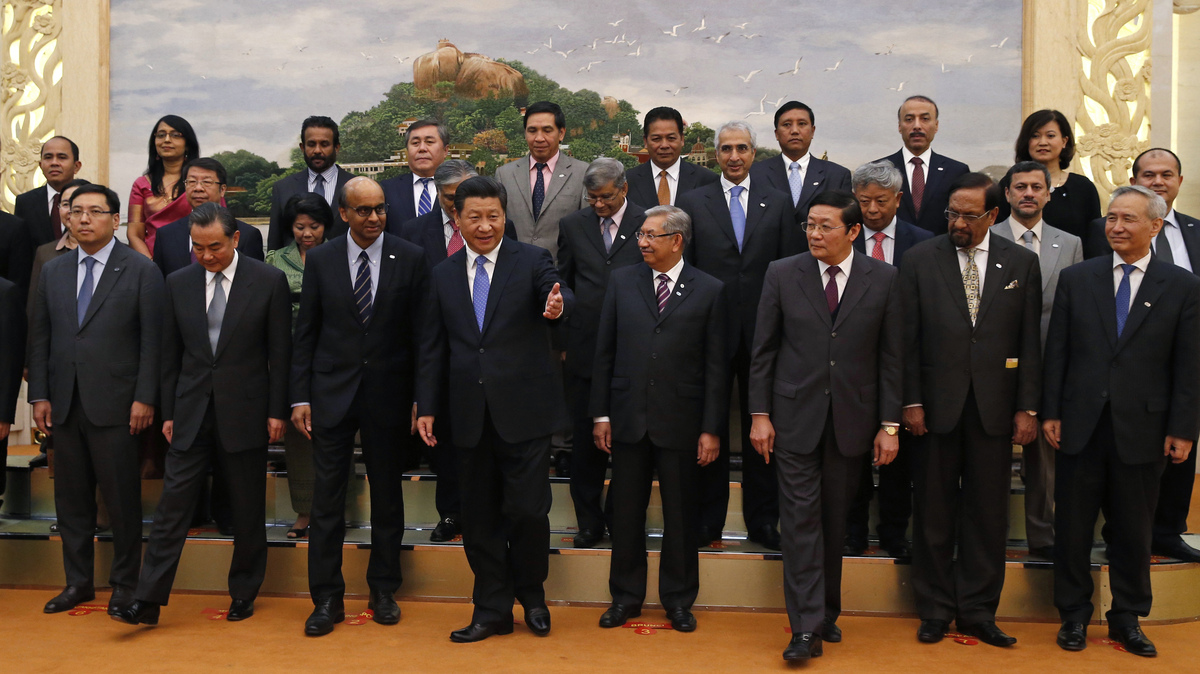 Chinese President Xi Jinping, center, and Asian leaders approved an agreement on the Asian Infrastructure Investment Bank in Beijing in Oct., 2014. European countries are beginning to sign up too.

The Obama administration opposes the AIIB, due to open later this year, and has pressured allies such as South Korea, Japan and Australia not to join the new bank. The administration says there's no need for another international lending institution.

But Fred Bergsten, a senior fellow with the Peterson Institute for International Economics, says there's a huge demand for infrastructural investment in much of Asia.

"The lack of infrastructure - roads, airports, ports, power facilities - are among biggest barriers to development throughout Asia," he says.

Bergsten says roughly $8 trillion dollars of infrastructure investment will be needed over the next decade, and that the AIIB will help fill that gap. It's believed China is prepared to put up half of the initial $100 billion budget, probably giving it veto power, much the same as the U.S. has with the World Bank and the International Monetary Fund.

Ever since China floated the idea of a new development institution about two years ago, Washington has been against it. The administration says it has concerns about transparency, environmental safeguards and procurement practices. Bergsten says there's a larger issue at stake.

"I think the fact that it is China and this is part of the broader competition for global leadership, economic leadership, broader political leadership, that is I think a central part of this equation," he says.

Matthew Goodman, a senior adviser on Asian economics at the Center for Strategic and International Studies, says the Europeans have an incentive to deepen their economic ties with China. But he says their decision to join the new development bank is a blow to the Obama administration.

"I do think it's a setback for the U.S. It's obviously never a happy thing for the U.S. when its closest allies break away from it and do something that isn't prepared to do itself," he says.

The four European nations issued statements essentially saying they want to work with international partners to help shape and ensure the bank follows the best standards and practices. Goodman says it's better to do that beforehand.

" I think ... you don't have much leverage once you've joined. So if you're going to join, you want to have all your questions and concerns answered before you go in," he says.

Still, it's believed the Europeans move will open the door for more Western countries to join — except, Goodman says, the U.S., where Congress would be unlikely to approve the use of American capital for a Chinese-led bank.

China says countries have until March 31st to decide if they want to become founding members.