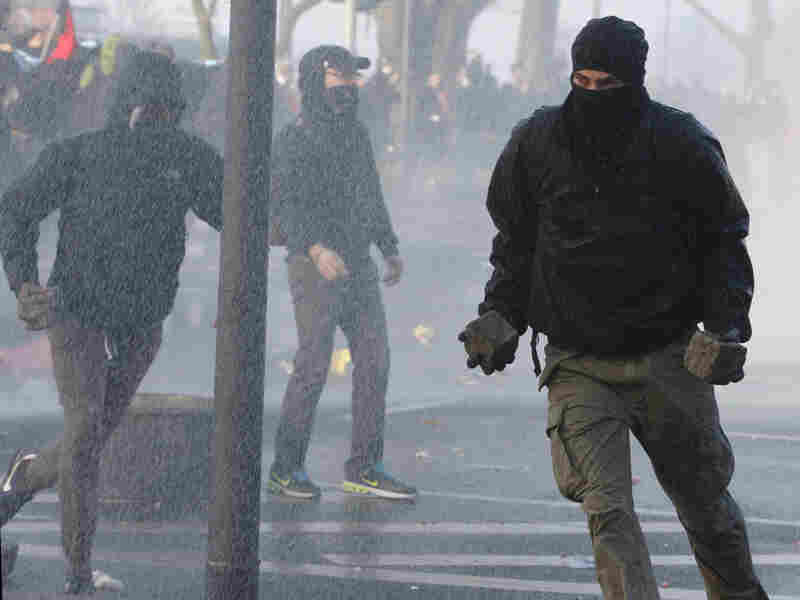 A protester holds a stone as police use water cannons on crowds near the new headquarters of the European Central Bank in Frankfurt, Germany. Michael Probst/AP hide caption 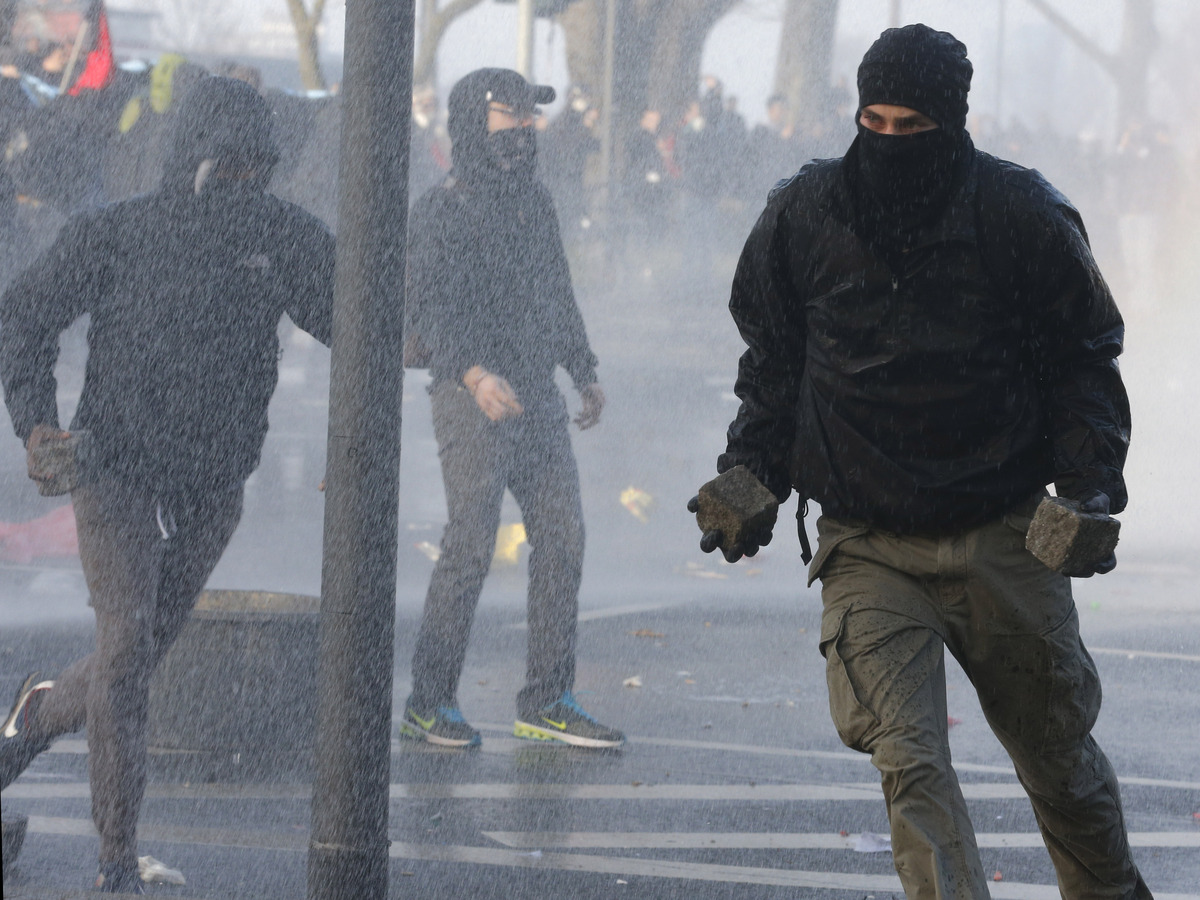 A protester holds a stone as police use water cannons on crowds near the new headquarters of the European Central Bank in Frankfurt, Germany.

Anti-capitalist demonstrators and police battled Wednesday outside the European Central Bank's new headquarters in Frankfurt, Germany. Police cars were set on fire and nearby streets were blockaded with burning tires while a ceremony got underway inside to inaugurate the $1 billion-plus building.

Blockupy says more than 7,000 people showed up to voice concern about the bank's policies, such as implementing austerity measures for financially troubled Greece. Reuters reports that police believe the number of protesters was closer to 3,500.

The Guardian says police used water cannons to try to make a path through the protesters. Hundreds of other officers surrounded the bank. Inside, German Justice Minister Heiko Maas told officials gathered for the opening ceremony that "everyone has the right to criticise institutions like the ECB. But pure rioting goes beyond all limits in the battle for political opinion," according to the newspaper.

Blockupy says it represents "grassroots critics" of supranational financial institutions. The European Central Bank is in charge of managing the euro. The bank, along with the International Monetary Fund and the European Commission, sets conditions and monitors countries that have received bailout loans, such as Greece and Cyprus.

According to The Associated Press, Tarek Al-Wazir, an economy minister of Germany's Hesse region, said the European Central Bank was the wrong target for this kind of protest because under President Mario Draghi's leadership, the bank has actually urged more spending by governments in good financial shape to improve other struggling economies rather than impose tough austerity measures.