Accessibility links
Obama Orders Reduction In Government's Greenhouse Gas Emissions : The Two-Way He directed the federal government to cut emissions by 40 percent within the next decade and to increase its use of renewable energy sources to 30 percent of total consumption. 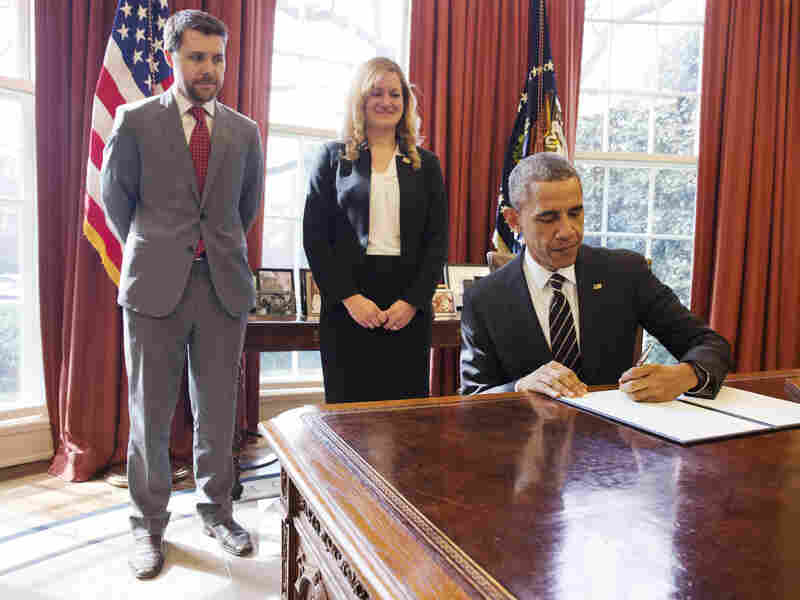 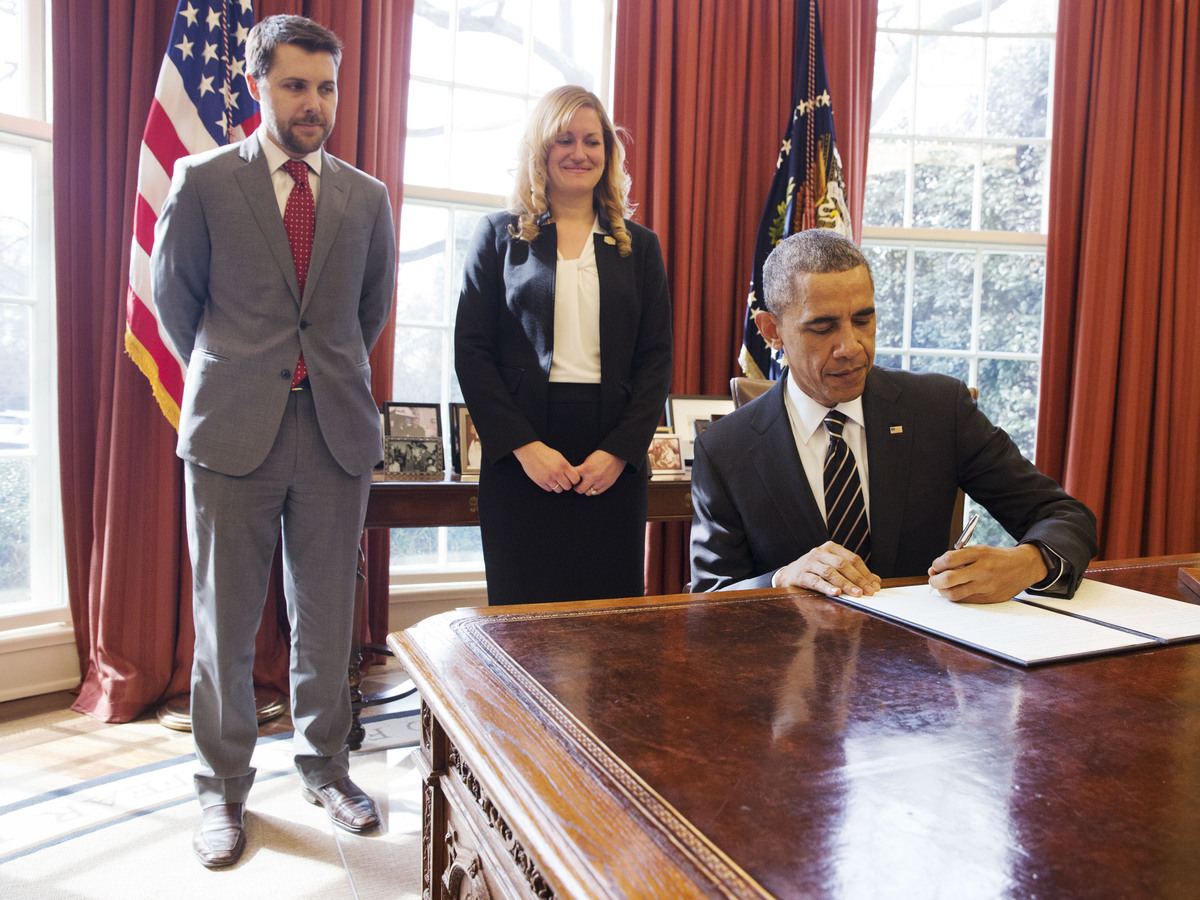 President Obama on Thursday signs an executive order directing the federal government to cut greenhouse gas emissions over the next decade.

President Obama signed an executive order at the White House on Thursday directing the federal government to cut its emissions of greenhouse gases by 40 percent from 2008 levels within the next decade and to increase its use of renewable energy sources to 30 percent of total consumption.

"These are ambitious goals, but we know they're achievable goals," Obama said at the Energy Department, which he visited after signing the executive order at the White House.

NPR's Scott Horsley, who's reporting on the story, tells our Newscast unit that solar and wind energy are still a tiny slice of the nation's overall energy pie, but that Obama says they are growing rapidly.

It's unclear how the U.S. plans to meet its goals.

Major corporations such as GE and Northrup Grumman that contract with the federal government also announced plans to cut greenhouse gas emissions. IBM said it would cut CO2 emissions 35 percent by 2020 and buy energy from renewable sources for 20 percent of its needs.

"All told, the government pollution cuts along with industry contributions will have the effect of keeping 26 million metric tons of greenhouse gases out of the air by 2025, or the equivalent of what about 5.5 million cars would pump out through their tailpipes in an average year, the White House said. Yet it was unclear exactly how either the government or private companies planned to meet those targets."