Accessibility links
Interior Department Issues New Fracking Rules For Federal Lands : The Two-Way The regulations, which go into effect in 90 days, establish safety measures for wells and for drilling companies to publicly disclose chemicals used in the process. 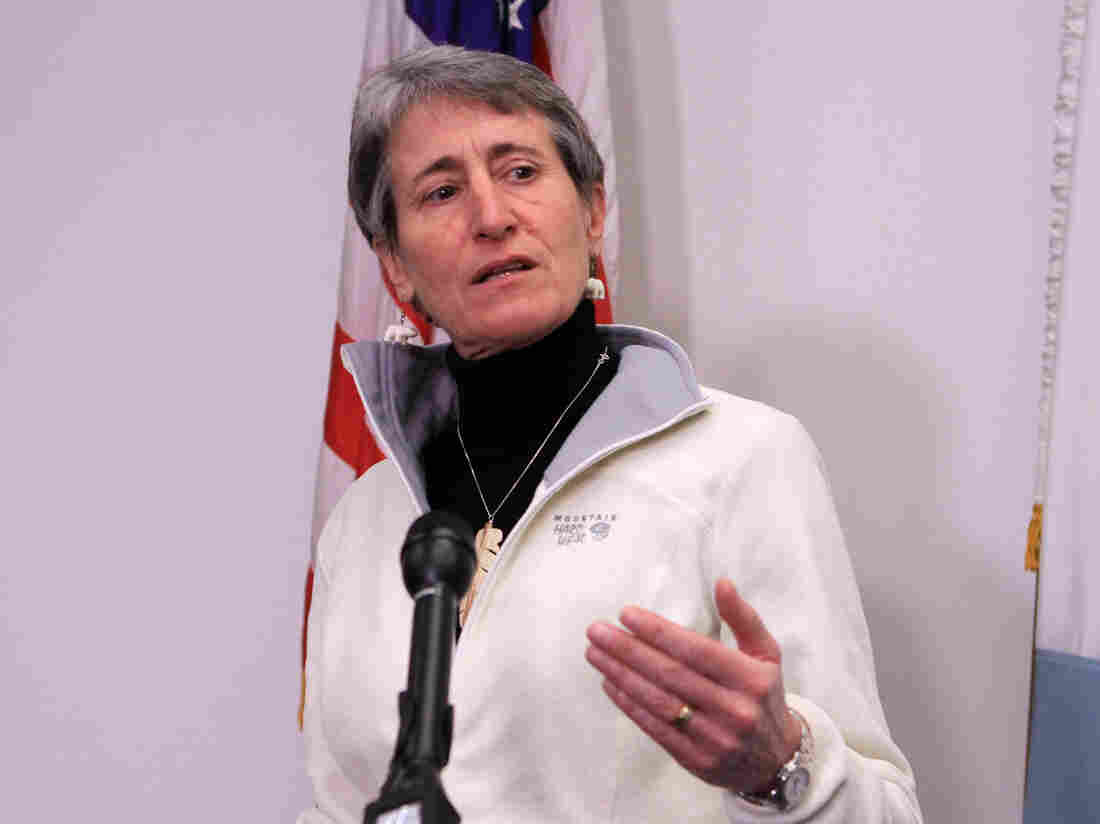 The Department of the Interior has unveiled new regulations on hydraulic fracturing operations that take place on federal lands, requiring companies using the drilling technique to ensure wells are safe and to disclose chemicals used in the process.

The rules change follows a more than three-year review process and will affect the 90 percent of oil and gas wells on federal lands that now use so-called fracking to extract oil and gas.

"Current federal well-drilling regulations are more than 30 years old and they simply have not kept pace with the technical complexities of today's hydraulic fracturing operations," Interior Secretary Sally Jewell said.

Key provisions of the new rules, set to go into effect in 90 days, include:

"This rule will protect public health and the environment during and after hydraulic fracturing operations at a modest cost while both respecting the work previously done by the industry, the states and the tribes and promoting the adoption of more protective standards across the country," said Assistant Secretary for Land and Minerals Management Janice Schneider.

"The rule has been under consideration for more than three years, drawing criticism from the oil and gas industry and environmental groups. The industry fears the regulation could hinder the drilling boom, while some environmental groups worry that it could allow unsafe drilling techniques to pollute groundwater.

"The final rule hews closely to a draft that has been lingering since the Obama administration proposed it in May 2013. The rule relies on an online database used by at least 16 states to track the chemicals used in fracking operations."