Accessibility links
With Ebola Waning, New Case In Liberia Concerns Officials : The Two-Way A woman has tested positive for the deadly virus, the first case since March 5. 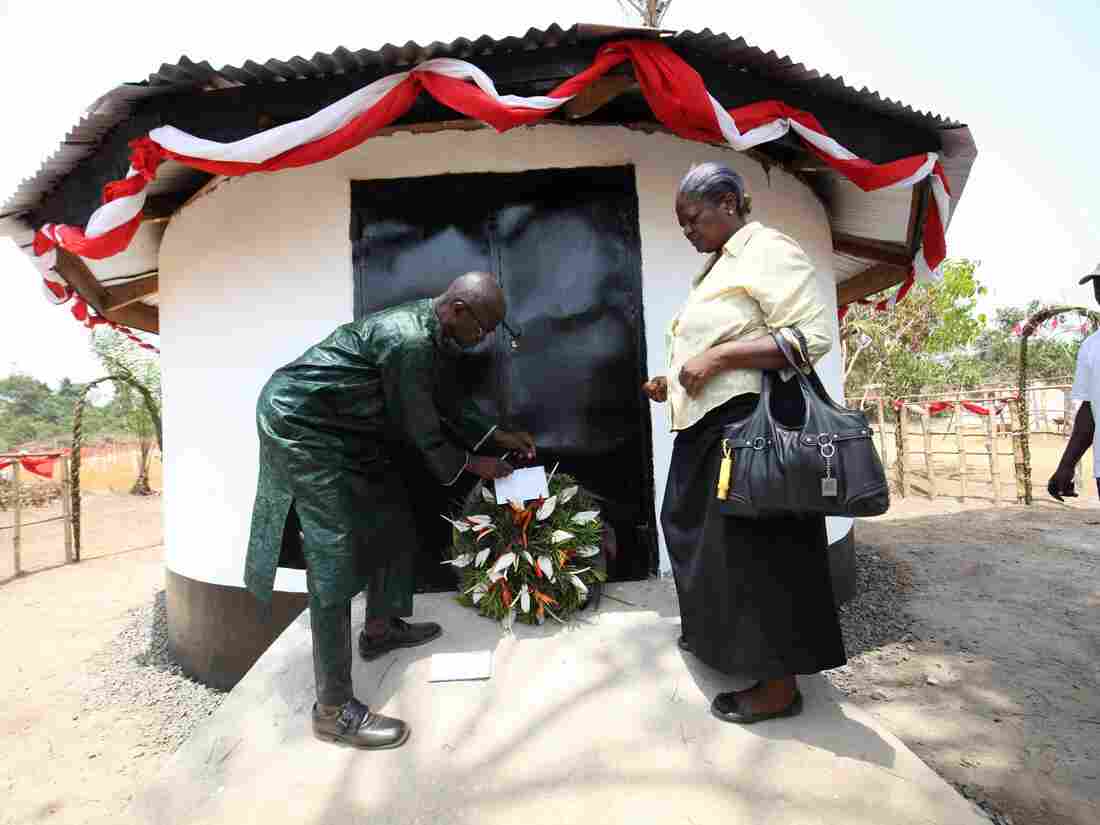 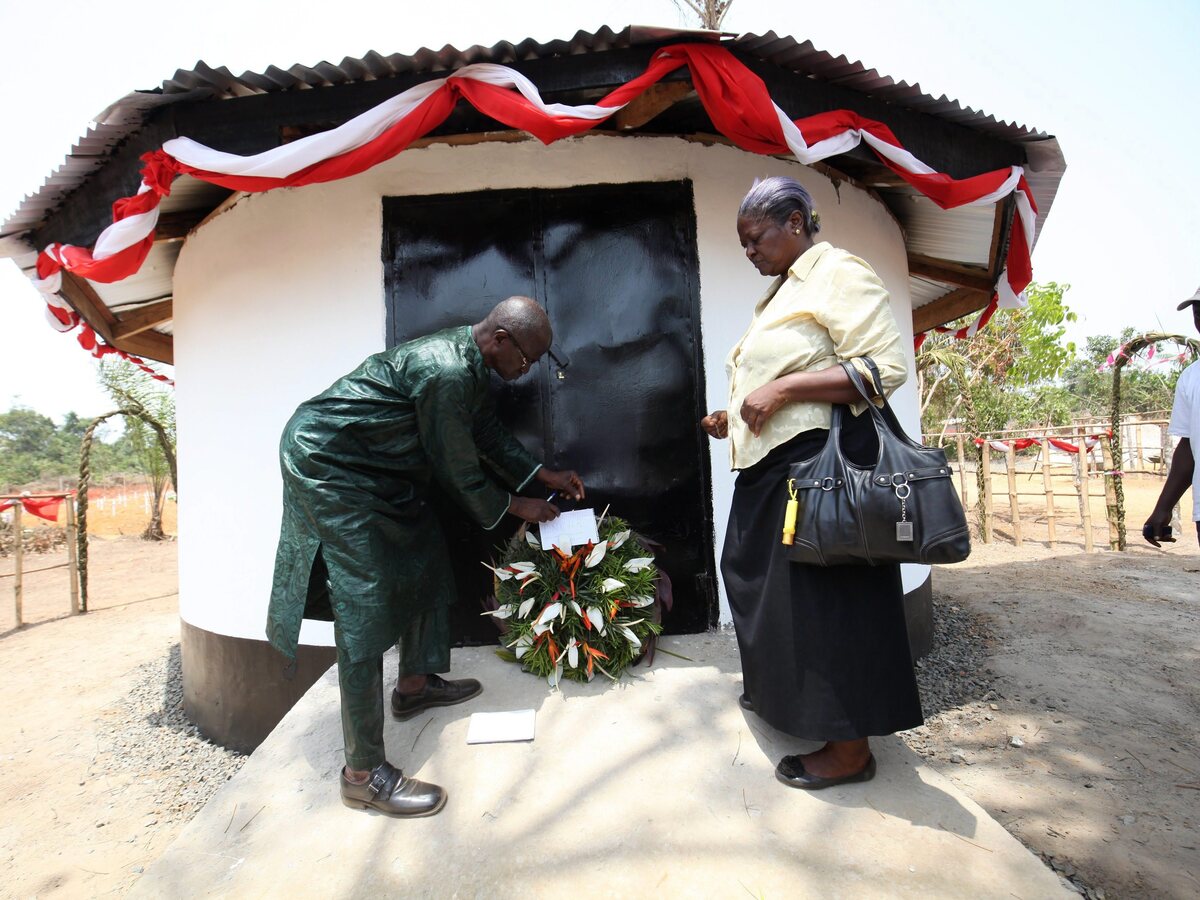 Liberians lay wreaths in memory of those cremated due to the deadly Ebola virus in Disco Hill, Margibi County, Liberia, earlier this month.

Liberian officials have confirmed a new case of Ebola in the country, dashing hopes that the deadly epidemic of the disease that began last year had finally been extinguished.

Authorities in the West African nation, which has borne the brunt of the deaths in the current outbreak — 4,200 of the approximately 10,000 who have died in the region — had hoped that a patient discharged on March 5 would be the last.

If the country had been able to go 42 days without another case, the World Health Organization would declared it Ebola-free.

Officials say the new case, a woman admitted to a treatment facility in Monrovia, is particularly worrying because she has no known contact to previous Ebola patients and claims not to have traveled from neighboring countries where the virus has also spread.

"If she has not travelled out of the country, there is no contact, there is no source," Dr. Francis Kateh, acting head of the Liberia Ebola Case Management Team, was quoted by The Associated Press as saying.

Kateh said authorities were looking into the possibility that she was infected by a visitor from outside the country or that she had sexual intercourse with an Ebola survivor. The virus can remain present in semen for up to three months after a person recovers from the initial infection.