Accessibility links
Ashraf Ghani: U.S. Critical To Afghanistan's Future : The Two-Way In an interview with NPR's Morning Edition, the Afghan president says most of his country wants U.S. troops to remain. He also says he's determined to make sure ISIS doesn't gain a foothold. 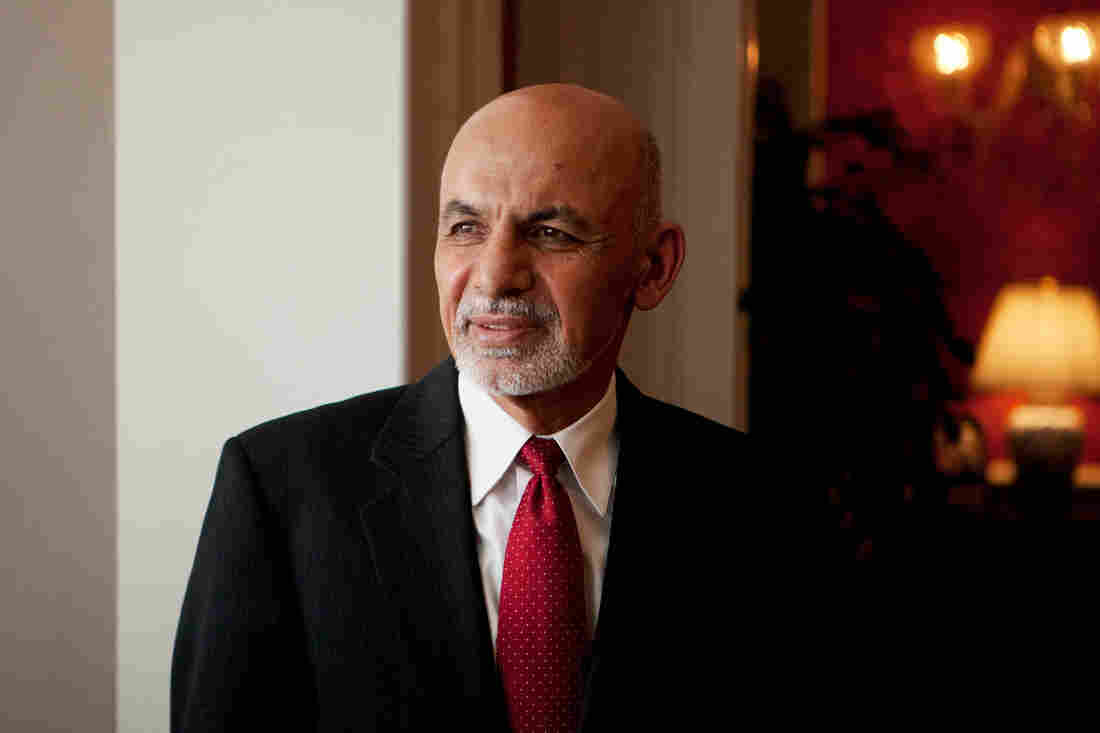 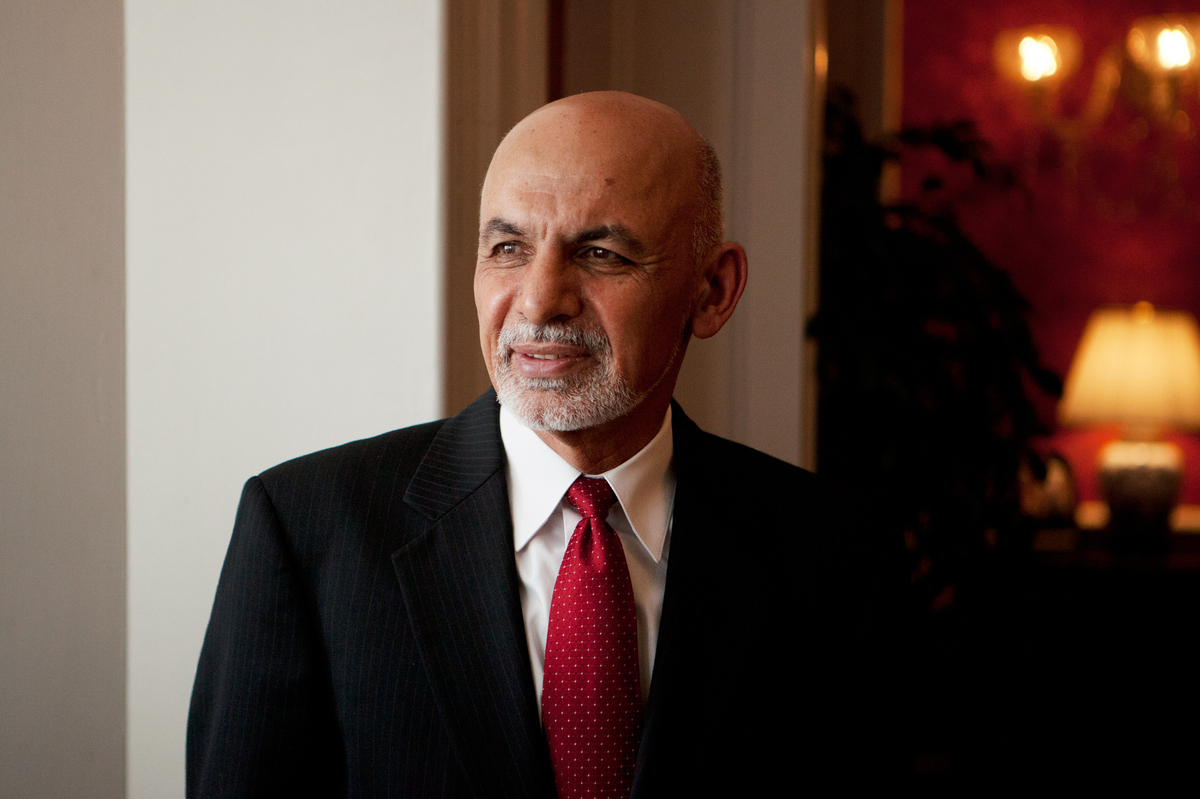 Afghan President Ashraf Ghani at the Blair House in Washington, D.C. Ghani will be meeting with President Obama this week.

Afghan President Ashraf Ghani tells NPR that most people in his country want a continued U.S. troop presence and that his government is determined to make sure that the self-declared Islamic State does not gain a foothold.

Ghani, on an official visit to the United States, spoke in a wide-ranging interview with Morning Edition host Renee Montagne to be broadcast on Monday.

He says the perception that Afghans are eager for U.S. troops to leave the country is simply untrue. "They see the United States as critical to their future," he says.

Ghani, who came to power in September succeeding longtime President Hamid Karzai, is expected to spend Monday at Camp David, Md., for discussions with Secretary of State John Kerry and to meet with President Obama at the White House on Tuesday.

He is also scheduled for talks with Defense Secretary Ashton Carter to discuss security and Treasury Secretary Jacob Lew to talk about the economic challenges faced by Afghanistan.

Asked about ISIS, Ghani expressed concern that "terrorism is morphing into a system. ... It's becoming sophisticated. And more than anything else, it's controlling immense resources."

In Afghanistan, the Islamic State, he says, is "posing a threat, but we are determined to make sure that they do not do the kind of atrocities that they've managed so well in Syria, Iraq, Libya or Yemen."

One of the biggest challenges faced by his six-month-old government is corruption.

"It's a bottomless pit," acknowledges Ghani, a former World Bank official who has lived in the U.S.

Salaries are a main area of concern, as officials skim a take before paying employees. Technology may solve the problem. Paying salaries by phone would "clear the middleman," he says.

He's already gone after the Kabul Bank, "which was notorious," he says.

"It was a case of a fraud. From Day 1, it was established as a Ponzi scheme," Ghani says.

An Afghan Supreme Court ruling last week has cleared the way to begin going after corrupt politicians and politically connected people implicated in the scheme "to get the depositors' money and use it for their own," he says.

"[All] the books were fake. And we've tackled it," Ghani says.

Despite his reputation as a reformer, however, Ghani has not managed to avoid criticism. Some suggested that he's acting more like a dictator than a president — micromanaging the approval of contracts issued by the government.

"I'm not taking power. I'm catalyzing systemic change. First you need to gather it in order to give it away in a credible and effective way," Ghani says.

"I'm too busy thinking about the larger issues to micromanage. All of my colleagues who've worked with me in the ministry of finance or other, they know I delegate," he says.

(Click here to read a transcript of the interview).