Accessibility links
Starbucks Will Stop Putting The Words 'Race Together' On Cups : The Two-Way Some see the move as a reaction to widespread criticism of the company's push to start candid conversations about race in its stores. But Starbucks says the move had nothing to do with the backlash. 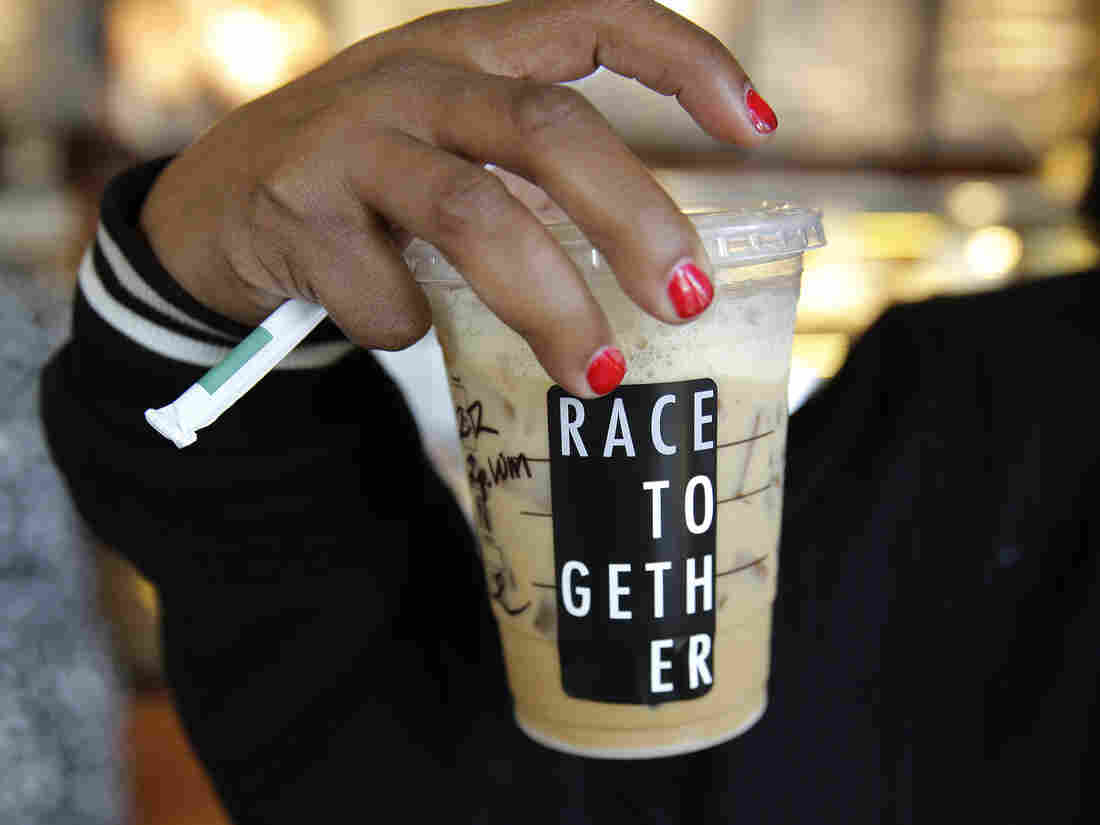 Larenda Myres holds an iced coffee drink with a "Race Together" sticker on it at a Starbucks store in Seattle. Starbucks baristas will no longer write "Race Together" on customers' cups starting Sunday. Ted S. Warren/AP hide caption 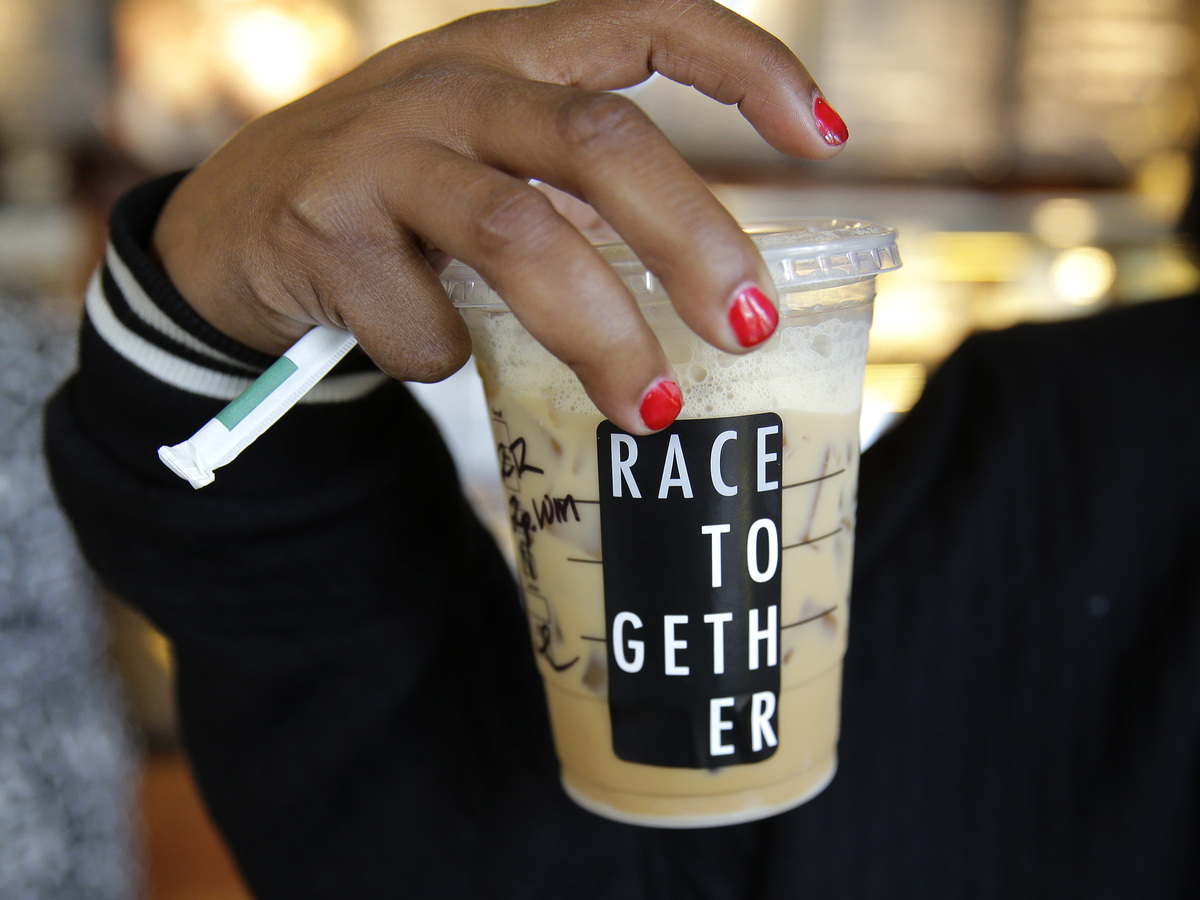 The most visible part of Starbucks' campaign to get customers talking about race — putting the slogan "Race Together" on coffee cups — has come to an end.

In a memo sent to all Starbucks employees Sunday, CEO Howard Schultz wrote: "This phase of the effort — writing 'Race Together' (or placing stickers) on cups, which was always just the catalyst for a much broader and longer term conversation — will be completed as originally planned today, March 22."

The company received widespread criticism of its Race Together Initiative, which was announced last week. But Starbucks spokeswoman Laurel Harper told NPR that the move occurred right on schedule and was unrelated to the fallout. "This is not a change at all," Harper said. "We are not straying from what we set out to do, in fact, we are doing more."

The company says a number of Race Together activities will still take place over the next few months, including open forums and special sections in USA Today. Starbucks is also committing to hire 10,000 disadvantaged youth over the next three years and open new stores in communities with large minority populations.

Reporting on the large amount of criticism the Race Together Initiative received since it was launched last week, NPR's Karen Grigsby Bates said, "Some people think it's just a naked marketing ploy, kind of a catalyst for free advertising ... Other people think it was well-intentioned but really poorly executed." And our Code Switch blog noted that some people thought the campaign was unfair to Starbucks employees, who could face possibly awkward or offensive reactions.

But in that memo Schultz sent to Starbucks employees, he seemed to double down on the campaign. "While there has been criticism of the initiative — and I know this hasn't been easy for any of you — let me assure you that we didn't expect universal praise," he wrote. "We leaned in because we believed that starting this dialogue is what matters most. We are learning a lot."

He continued, "An issue as tough as racial and ethnic inequality requires risk-taking and tough-minded action. And let me reassure you that our conviction and commitment to the notion of equality and opportunity for all has never been stronger."

Whether reaction to Starbucks' continued focus on race will become more positive remains to be seen, but so far, the new push hasn't hurt the company financially. Starbucks stock actually went up in spite of last week's backlash to the Race Together Initiative — it started last week at 94.03, and closed Friday at 97.45.