Accessibility links
Police Suspend Investigation Of U.Va. Rape Claims Made In 'Rolling Stone' : The Two-Way The Charlottesville Police Department said it was unable to uncover evidence that corroborated a story about a University of Virginia student who said she was raped during a 2012 fraternity party. 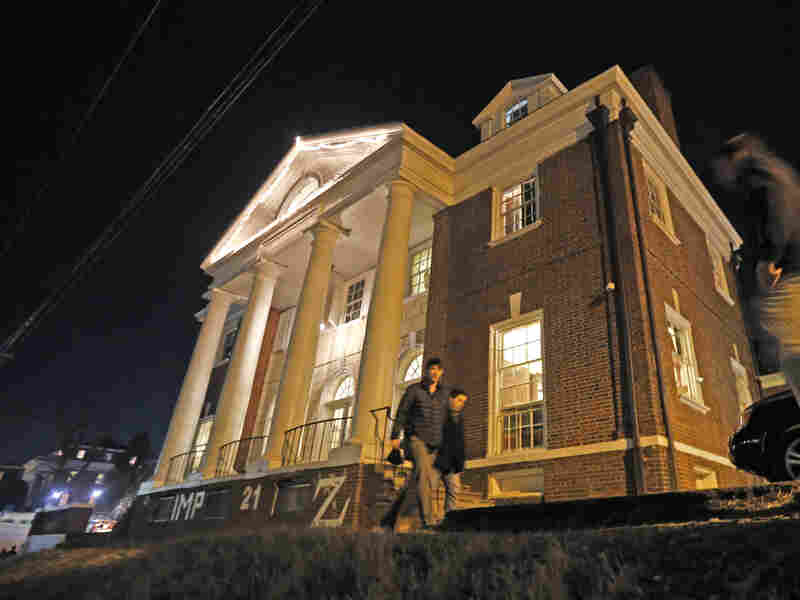 The Phi Kappa Psi house at the University of Virginia in Charlottesville was at the center of rape allegations contained in the Rolling Stone story. The magazine acknowledged that its reporting had been flawed, and the campus ban on the fraternity was subsequently lifted. Steve Helber/AP hide caption 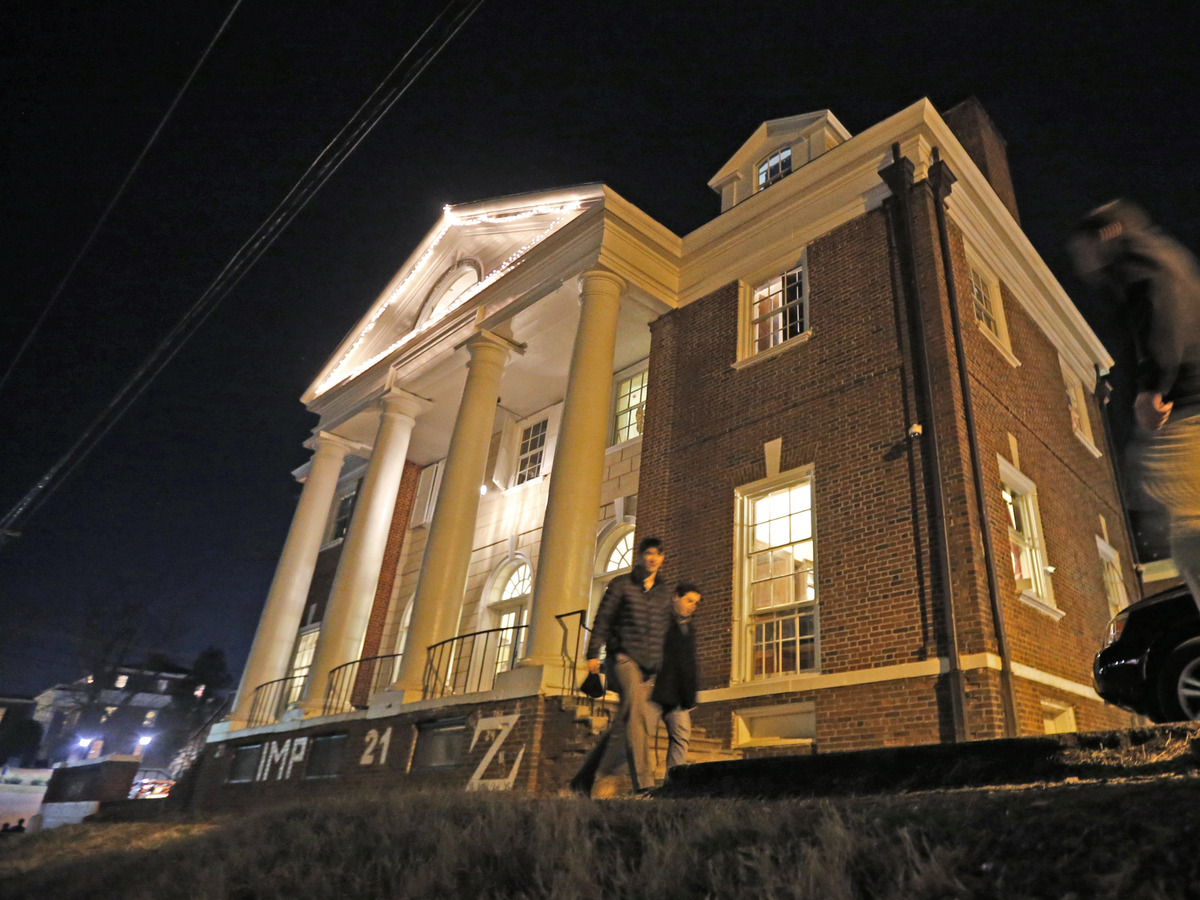 The Phi Kappa Psi house at the University of Virginia in Charlottesville was at the center of rape allegations contained in the Rolling Stone story. The magazine acknowledged that its reporting had been flawed, and the campus ban on the fraternity was subsequently lifted.

The police department in Charlottesville, Va., says it has suspended its investigation into allegations of a brutal gang rape at the University of Virginia in 2012.

The allegations came to national prominence after Rolling Stone published a cover story on the case.

Police Chief Timothy Longo said that after trying to track down witnesses and a central figure in the alleged attack, they were unable to corroborate the student's story.

"We were unable to find a statement of fact that there was even an event" at the Phi Kappa Psi fraternity house where the alleged attack was said to take place, Longo said.

"This doesn't mean that something terrible did not happen to [the alleged victim known as] 'Jackie,' " Longo said. "We were just not able to conclude that anything happened."

That's why the police department is leaving the case open.

"I can't prove that something didn't happen," Longo said. "Someone else in the future may come forward" with information that may change the course of the investigation.

Rolling Stone has ordered an investigation into its reporting.

Police in Charlottesville, Va., say they will announce the findings of an investigation into the alleged rape of a University of Virginia student that was reported last year in a controversial Rolling Stone magazine article.

In a statement on its website, the Charlottesville Police Department said it will not answer questions prior to a news conference scheduled for 2 p.m. ET today.

The development comes amid reports that Rolling Stone will publish an outside review of its reporting that resulted in the flawed story about the University of Virginia student who said she was gang-raped during a fraternity party in 2012. The review is being conducted by Steve Coll, dean of the Columbia University Graduate School of Journalism.

"Steve Coll has not filed yet, but I expect the report soon and the plan is to publish in the next couple of weeks," Will Dana, Rolling Stone managing editor, told The New York Times.

As we previously reported:

"The Rolling Stone's story, titled A Rape on Campus, centered on allegations by a woman identified only as "Jackie." The magazine honored her request not to contact either the man she said raped her or the others who took part. Earlier this month, Rolling Stone said its trust in "Jackie" was "misplaced." It later changed its wording to say that it was "mistaken in honoring Jackie's request to not contact the alleged assaulters to get their account."

"The admission came after other news organizations retraced its reporting and found discrepancies in Rolling Stone's story."

The magazine article prompted outrage and spurred University of Virginia President Teresa Sullivan to suspend all of the school's fraternities; those bans have since been lifted.