Accessibility links
Richard III, Whose Remains Were Found Under A Parking Lot, Reburied : The Two-Way The last English king to die in battle was finally given a burial fit for a king — some 530 years after he was killed.

Richard III, Whose Remains Were Found Under A Parking Lot, Reburied

Richard III, Whose Remains Were Found Under A Parking Lot, Reburied 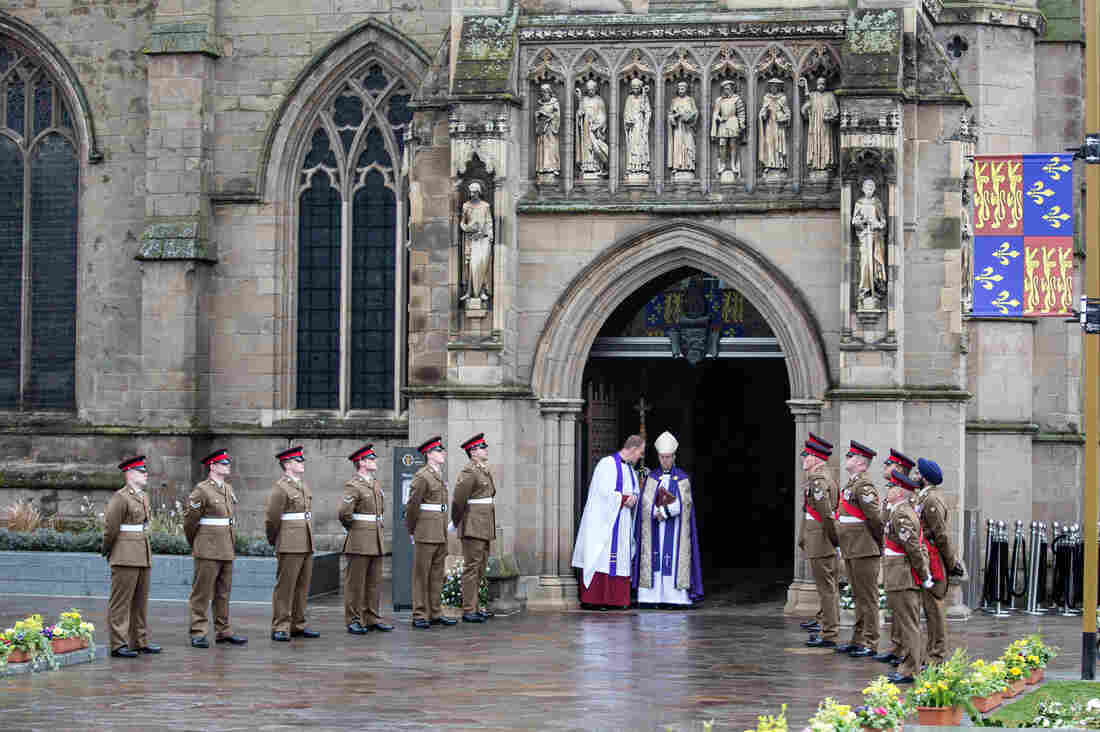 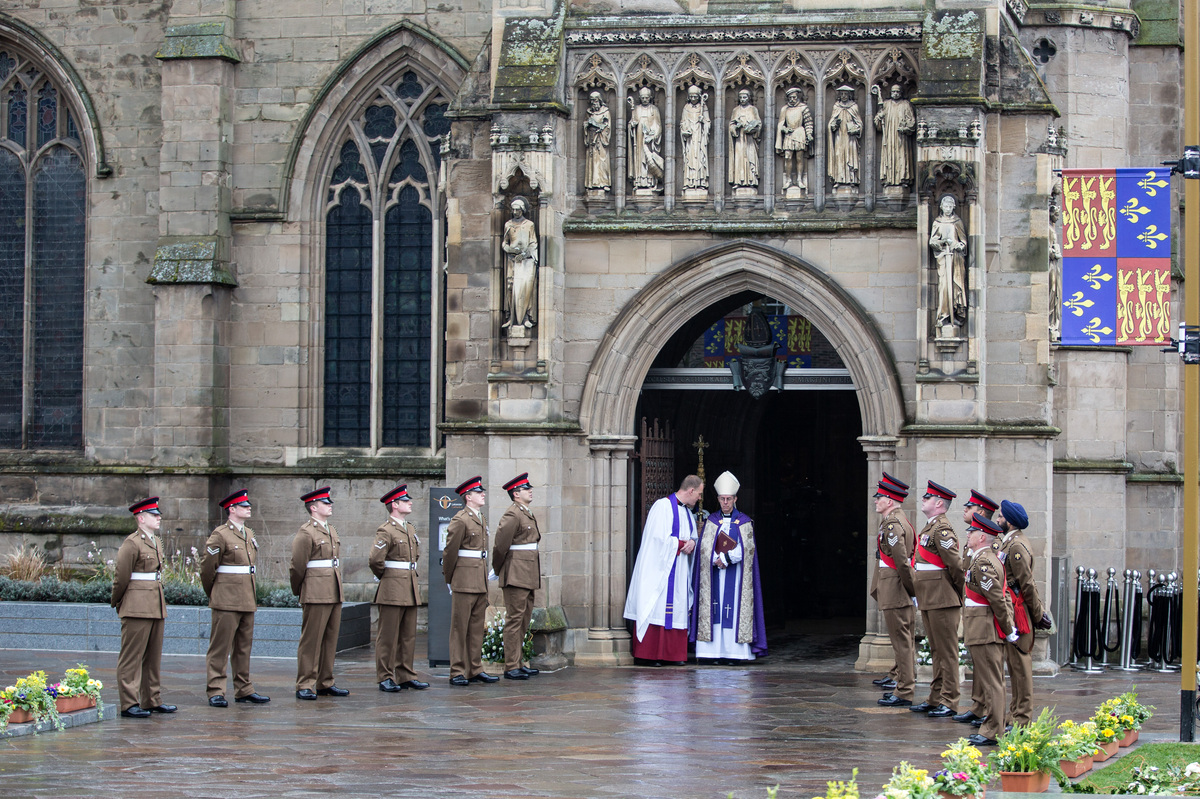 Archbishop of Canterbury Justin Welby waits at the entrance to Leicester cathedral where the reinterment ceremony of Richard III was held Thursday.

Richard III, the last English king to die in battle and who famously, in literature, offered his kingdom for a horse, was finally given a burial fit for a king — some 530 years after he was killed.

Hundreds lined up to watch the last Plantagenet king being laid to rest at Leicester Cathedral in England.

"People have come in their thousands from around the world to this place of honor, not to judge or condemn but to stand humble and reverent," said the Right Rev. Tim Stevens, bishop of Leicester. "From car park to cathedral. ... Today we come to give this king, and these mortal remains the dignity and honor denied to them in death."

If you recall, researchers identified remains found under a car park in Leicester three years ago as that of the king depicted by Shakespeare as, in the words of NPR's Mark Memmott, "a dark, deformed man — 'rather like a spider' — who murdered his way to the throne and then killed two of his nephews." But historians say his enemies unfairly maligned him.

Richard III was killed at age 32 at the Battle of Bosworth Field against Henry Tudor on Aug. 22, 1485. The battle marks the end of the Wars of the Roses between the Houses of York and Lancaster.

Reuters adds: "Following the battle, his naked body was thrown on the back of a horse, taken to nearby Leicester and buried in a humble grave. ... Despite reigning just 777 days, he still fascinates not just historians but ordinary people across the world, some of whom made the trip to Britain to witness the ceremony."

Among those attending were Justin Welby, the archbishop of Canterbury, and members of the royal family. Actor Benedict Cumberbatch, who has been identified as a distant descendant of Richard III, read "Richard," a poem by Carol Ann Duffy, Britain's poet laureate.

On Sunday, some 35,000 people stood in Leicester to watch as Richard III's coffin was brought on a horse-drawn hearse to Leicester Cathedral. His remains lay in a coffin made by a descendant.