Accessibility links
Indiana's Governor Signs 'Religious Freedom' Bill : The Two-Way Among other things, the controversial new law would allow owners of businesses in the state to deny services to same-sex couples. 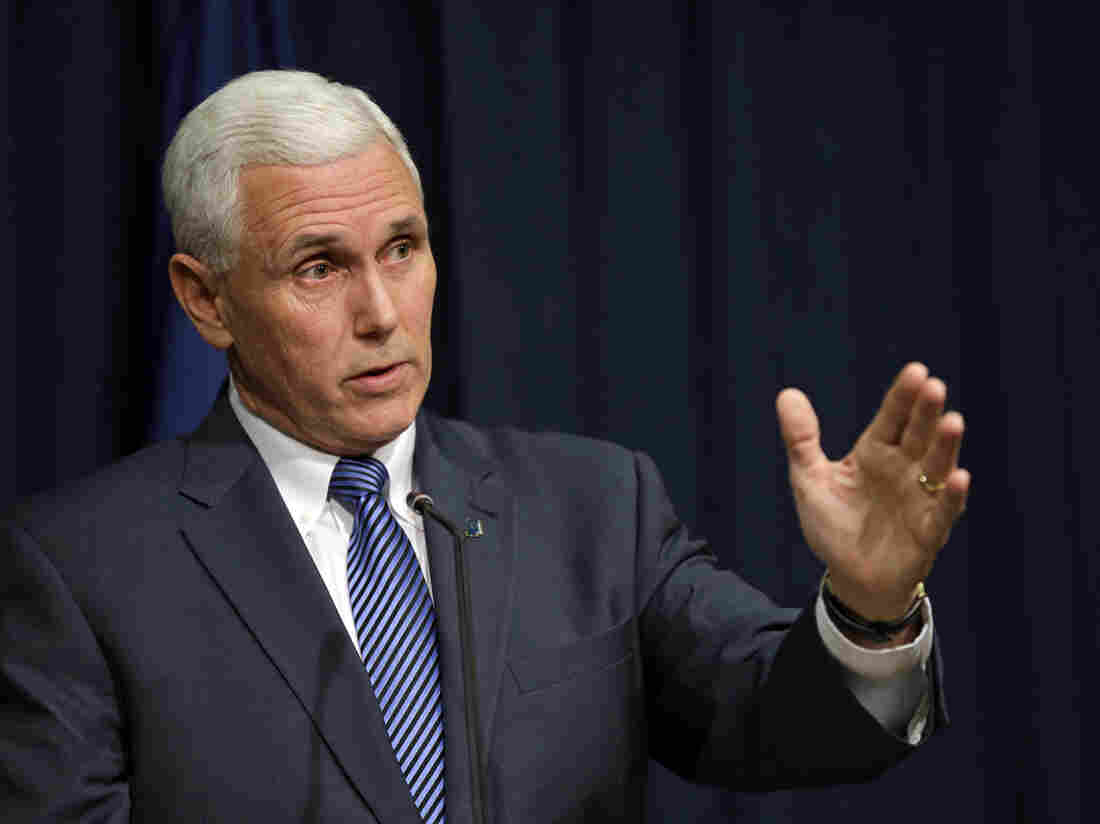 Indiana Gov. Mike Pence holds a news conference at the Statehouse in Indianapolis, on Thursday, where he signed into law a bill that would allow business owners with strong religious convictions to refuse to provide services to same-sex couples. Michael Conroy/AP hide caption 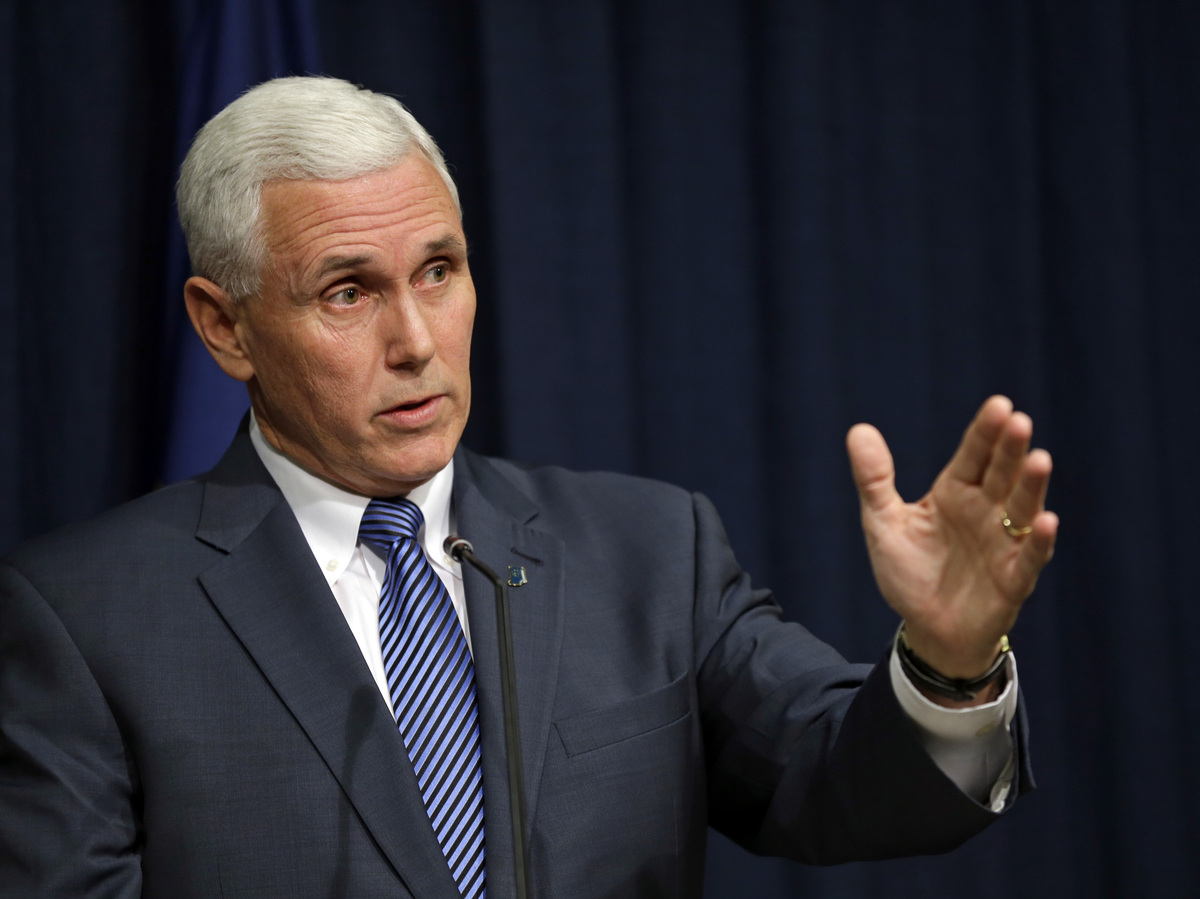 Indiana Gov. Mike Pence holds a news conference at the Statehouse in Indianapolis, on Thursday, where he signed into law a bill that would allow business owners with strong religious convictions to refuse to provide services to same-sex couples.

Indiana business owners who object to same-sex couples will now have a legal right to deny them services after Republican Gov. Mike Pence signed a bill known as the Religious Freedom Restoration Act into law.

The legislation, approved by Indiana's GOP-controlled House and Senate, prevents state and local governments from "substantially burdening" a person's exercise of religion unless a compelling governmental interest can be proved.

"The Constitution of the United States and the Indiana Constitution both provide strong recognition of the freedom of religion but today, many people of faith feel their religious liberty is under attack by government action," Pence said in a statement after signing the bill.

"This is a sad day for Indiana. Over the past month, Hoosiers who want our state to be open to everyone filled the halls at the Statehouse. We wrote letters and delivered them in person. We called until they stopped answering the phones. We made it clear that this law will only be used to harm other Hoosiers, and that's not the Indiana way," Freedom Indiana campaign manager Katie Blair said in a statement.

But Gov. Pence insists the bill is not about discrimination.

"If I thought it legalized discrimination in any way in Indiana, I would have vetoed it." he said.

However, the law's application could go beyond same-sex couples. During debate on the legislation, state Rep. Bruce Borders cited the example of an anesthesiologist who objected to putting under a woman who was preparing to undergo an abortion.

According to The Indianapolis Star: "The proposal is modeled on a 22-year-old federal law known as the Religious Freedom and Restoration Act. That law played a key role in the U.S. Supreme Court's decision that allowed Hobby Lobby and other closely held corporations with religious objections to opt out of an Affordable Care Act requirement that they cover certain contraceptives for women."

A similar state law was passed by Arizona's Legislature last year but it was vetoed by then-Gov. Jan Brewer.