Accessibility links
German Prosecutor: Germanwings Co-Pilot Concealed Medical Condition : The Two-Way The Duesseldorf prosecutor also said torn-up sick notes for the day of the crash supported that "preliminary assessment." He did not say what the illness was. Tuesday's crash killed 150 people. 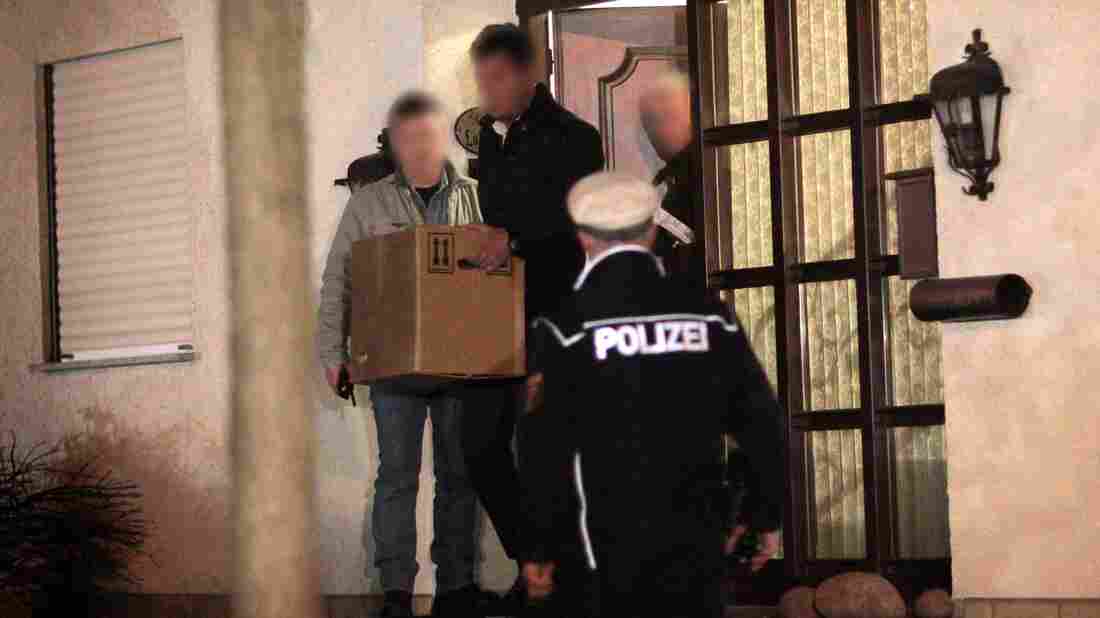 Police officers carry boxes outside a house in Montabaur, Germany, on Thursday in connection with the investigation into the Germanwings A320 crash. Fredrik von Erichsen /EPA /Landov hide caption 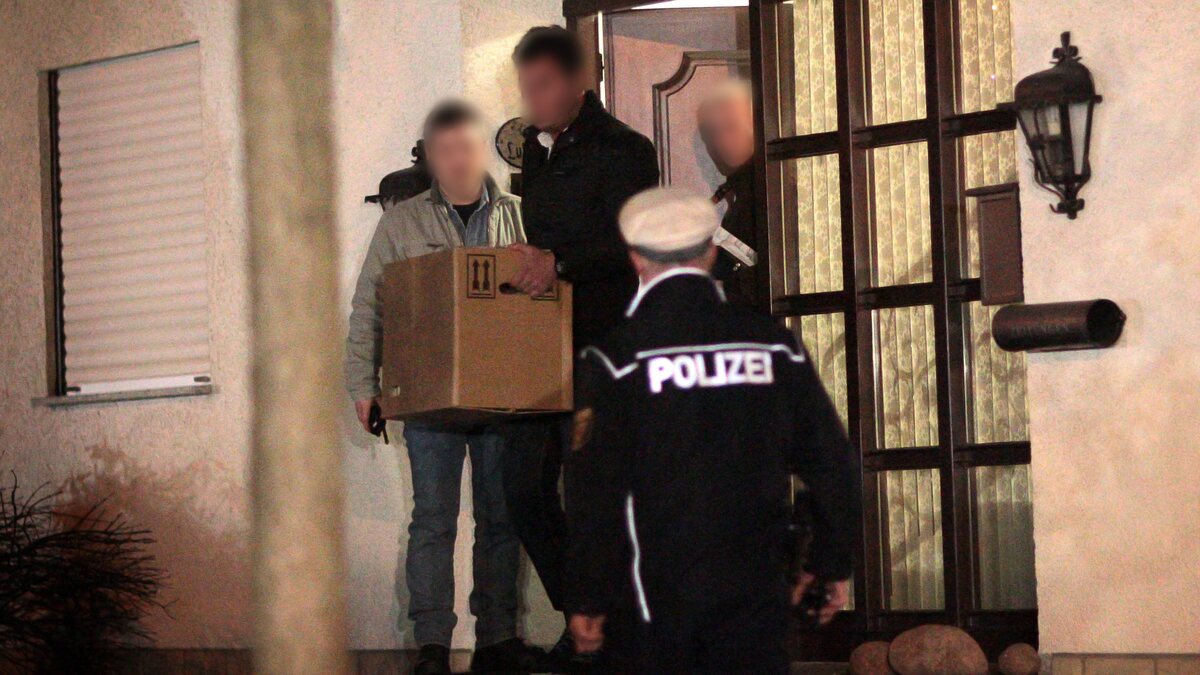 Police officers carry boxes outside a house in Montabaur, Germany, on Thursday in connection with the investigation into the Germanwings A320 crash.

Prosecutors in Duesseldorf, Germany, say Andreas Lubitz, the co-pilot of Germanwings Flight FU 9525, who appears to have deliberately crashed the plane carrying 150 people into the French Alps, concealed a medical condition from his employers.

The statement from prosecutor Ralf Herrenbrueck said searches of Lubitz's family home in the town of Montabaur as well as his apartment in Duesseldorf found no suicide or farewell note, nor any evidence of political or religious actions for his motivation. But, it said, "we did find medical documents detailing an existing condition and corresponding treatment." It added:

"We also found torn-up sick notes that are current and valid on the day of the crash. These suggest that the deceased was hiding his illness from his employer and colleagues."

The statement did not say what that illness was. Germanwings confirmed it did not receive a sick note from the co-pilot on Tuesday.

Earlier today, the mass-circulation German daily Bild reported that Lubitz received 18 months of psychiatric treatment for a "serious depressive episode." The paper cited internal documents and sources in Lufthansa, the parent company of Germanwings. That revelation comes after Lufthansa CEO Carsten Spohr said at a news conference Thursday that Lubitz took a break during his training six years ago. Bild reported Lubitz was deemed "unable to fly" when he was being trained at Lufthansa's flight school in Phoenix, Ariz. Spohr said Thursday that Lubitz had gone through "psychological tests with flying colors." It is unclear if Lubitz's reported treatment has any connection to the crash.

Marseille Prosecutor Brice Robin, a lead French investigator into the crash, said Thursday that Lubitz crashed the Airbus A320 after the aircraft's pilot had stepped out of the cockpit apparently to use the restroom.

"The interpretation ... that we can give at this time ... is that the co-pilot through voluntary abstention refused to open the door of the cockpit to the commander and activated the button that activates the loss of altitude," Robin said, providing chilling details into the final moments before the airliner crashed.

That revelation prompted major airlines in Britain, Canada, Germany and Norway to announce changes to their safety policies. Under the changed safety protocol, two crew members will always be inside the cockpit. This policy already exists in the U.S.

The 150 people aboard the plane, which was flying from Barcelona, Spain, to Duesseldorf, are believed dead. Among them were 16 high school students and their two teachers from the town of Haltern, Germany.

Esme Nicholson, who is reporting on the story for our Newscast unit, says "bells rang out Friday morning in the small town of Haltern as relatives and friends of the high school class that perished ... left a church service honoring them."

"I sat among the mourners in the church and heard them sob," Gauck said. "I came to mourn with them."

He added that the town's thoughts were with all the other relatives of victims, from countries including Spain, Britain, the U.S. and elsewhere.

Esme reports that Germanwings "is setting up a family assistance center in Marseille, France, for relatives of the 150 passengers and crew killed in the crash on Tuesday."

You can find our complete coverage of this story here.