Accessibility links
He, She Or Hen? Sweden's New Gender-Neutral Pronoun : The Two-Way The latest edition of the official dictionary of the Swedish language contains a new pronoun among its 13,000 new words — hen, to go along with he (han) and she (hon). 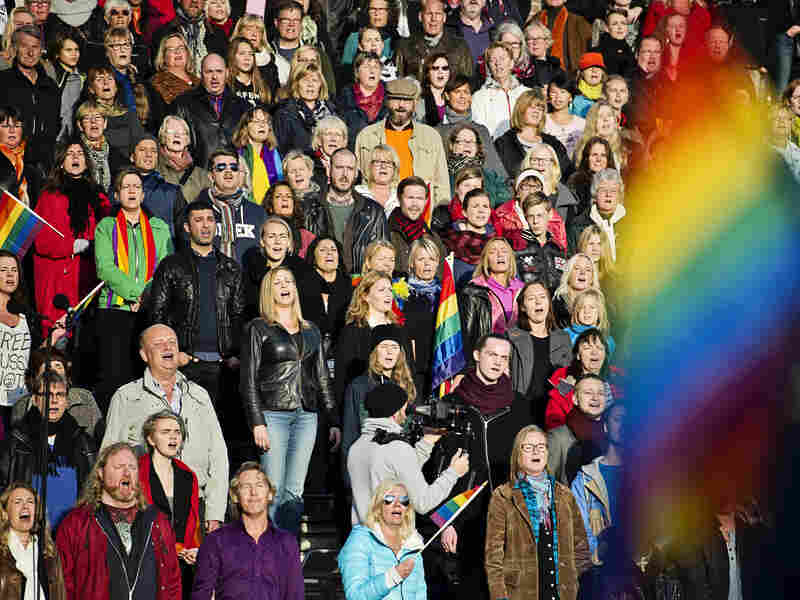 People gather at the Stockholm Olympic Stadium in 2013 to show support for the lesbian, gay, bisexual and transgender community of Russia. TT News Agency/Reuters/Landov hide caption 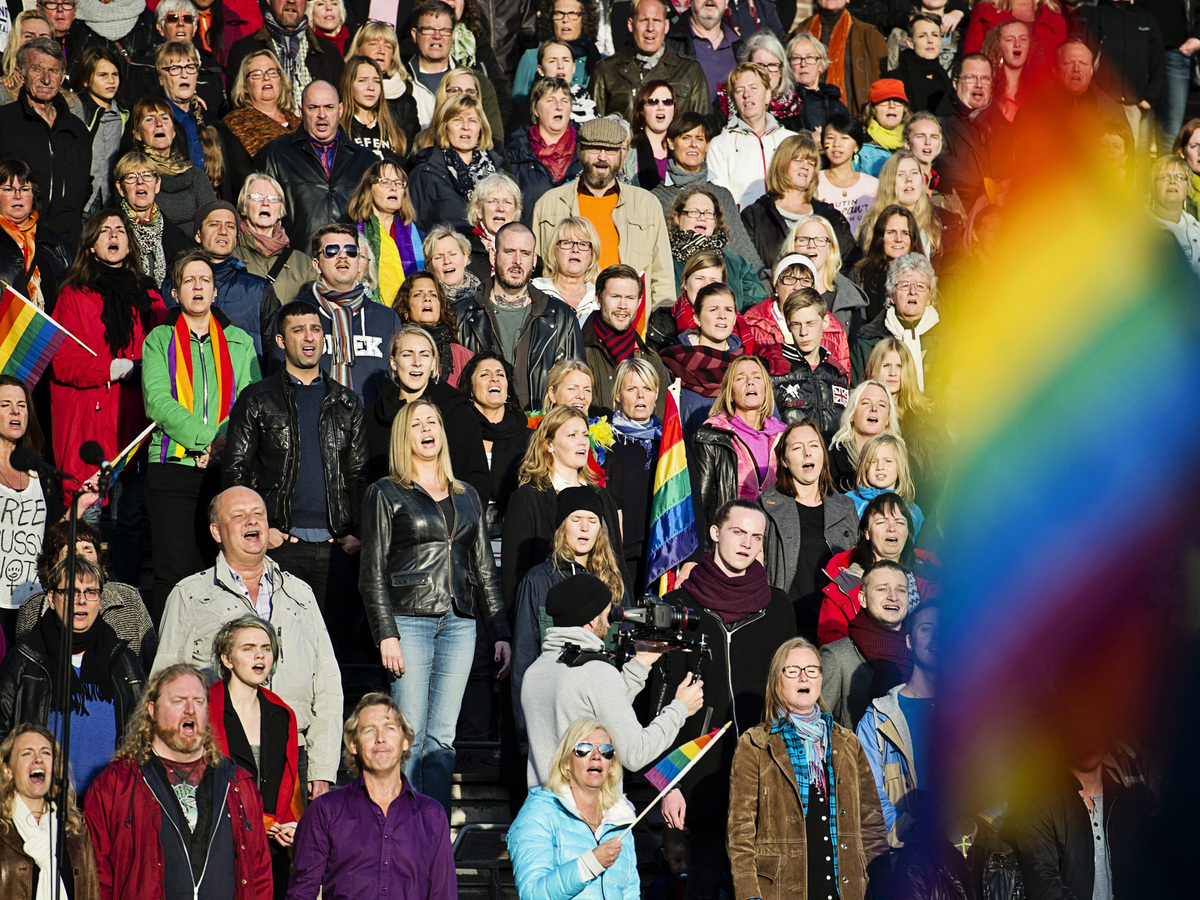 People gather at the Stockholm Olympic Stadium in 2013 to show support for the lesbian, gay, bisexual and transgender community of Russia.

Among the additions is a gender-neutral pronoun. Instead of just he (han) and she (hon), there will now be hen as well.

The Guardian says: "The pronoun is used to refer to a person without revealing their gender — either because it is unknown, because the person is transgender, or the speaker or writer deems the gender to be superfluous information."

Sven-Goran Malmgren, one of the dictionary's editors, was quoted by The Independent as saying, "It is a word which is in use and without a doubt fills a function."

As Slate notes: "[For] many Swedes, gender equality is not enough. Many are pushing for the Nordic nation to be not simply gender-equal but gender-neutral. The idea is that the government and society should tolerate no distinctions at all between the sexes. This means on the narrow level that society should show sensitivity to people who don't identify themselves as either male or female, including allowing any type of couple to marry. But that's the least radical part of the project. What many gender-neutral activists are after is a society that entirely erases traditional gender roles and stereotypes at even the most mundane levels."