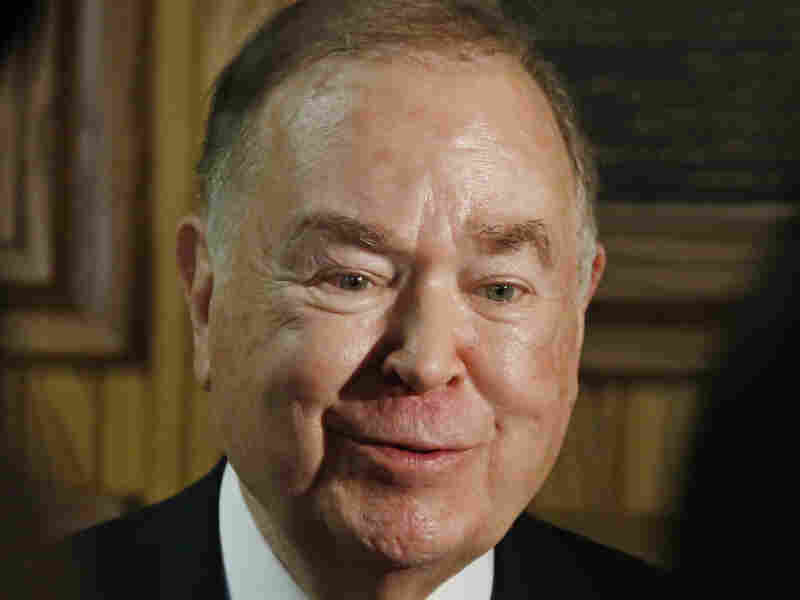 University of Oklahoma President David Boren talks with the media before the start of a Board of Regents meeting in Oklahoma City earlier this month in which the SAE fraternity issue was to be discussed. Sue Ogrocki/AP hide caption 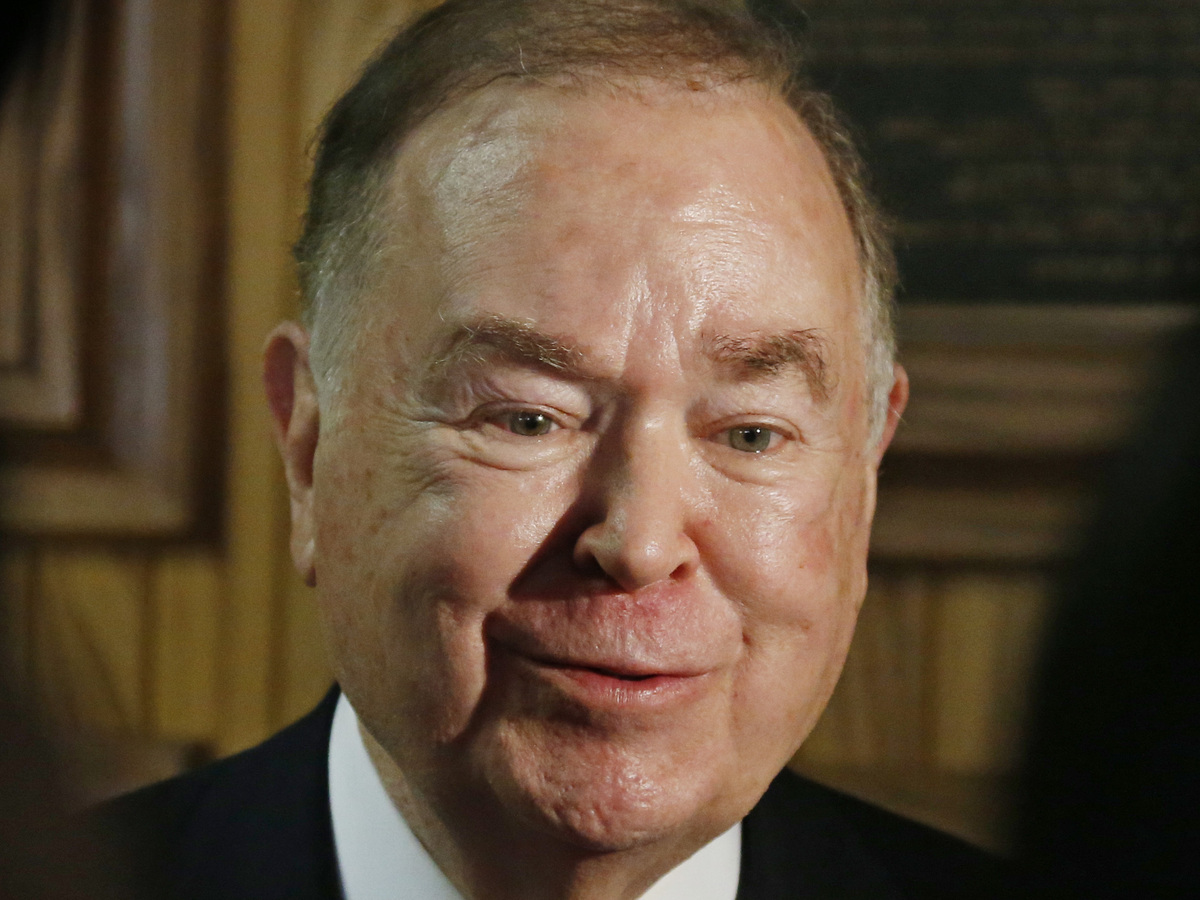 University of Oklahoma President David Boren talks with the media before the start of a Board of Regents meeting in Oklahoma City earlier this month in which the SAE fraternity issue was to be discussed.

The president of the University of Oklahoma says two dozen students from the Sigma Alpha Epsilon fraternity have been disciplined for taking part in a racist chant about African-Americans and lynching that was videotaped and went viral earlier this month.

David Boren, releasing the findings of a university investigation into the incident Friday, also said the chant was learned by members of the local chapter while attending a national leadership cruise sponsored by the fraternity four years ago, according to KGOU's Brian Hardzinski.

(The University of Oklahoma is the broadcast license holder of member station KGOU, whose newsroom operates independently of the university.)

SAE, one of the country's largest fraternities, has disputed statements made by students expelled earlier over the video that they were "taught" the song. The findings of the university probe appear to contradict the position of SAE's national office.

In the report, which was based on more than 160 interviews, the university learned that alcohol was readily available on the bus where the video surfaced on March 7. The university concluded: "The chant was learned and brought back to the local chapter" and "Over time ... [it] was formalized in the local SAE chapter and was taught to pledges as part of a formal and informal pledgeship process."

On March 9, The Two-Way's Bill Chappell reported that SAE's national office had ordered the closure of its University of Oklahoma branch and suspended its members.

Later, two former SAE members — who were expelled by the university for appearing in the video — apologized for their actions.