Accessibility links
Kentucky Is Now Just Two Games Away From Perfect Season : The Two-Way It was down to two final free throws, but the Wildcats finally overcame Notre Dame's upset bid in a 68-66 win. They'll go on to face the Wisconsin Badgers in a rematch from last year's Final Four. 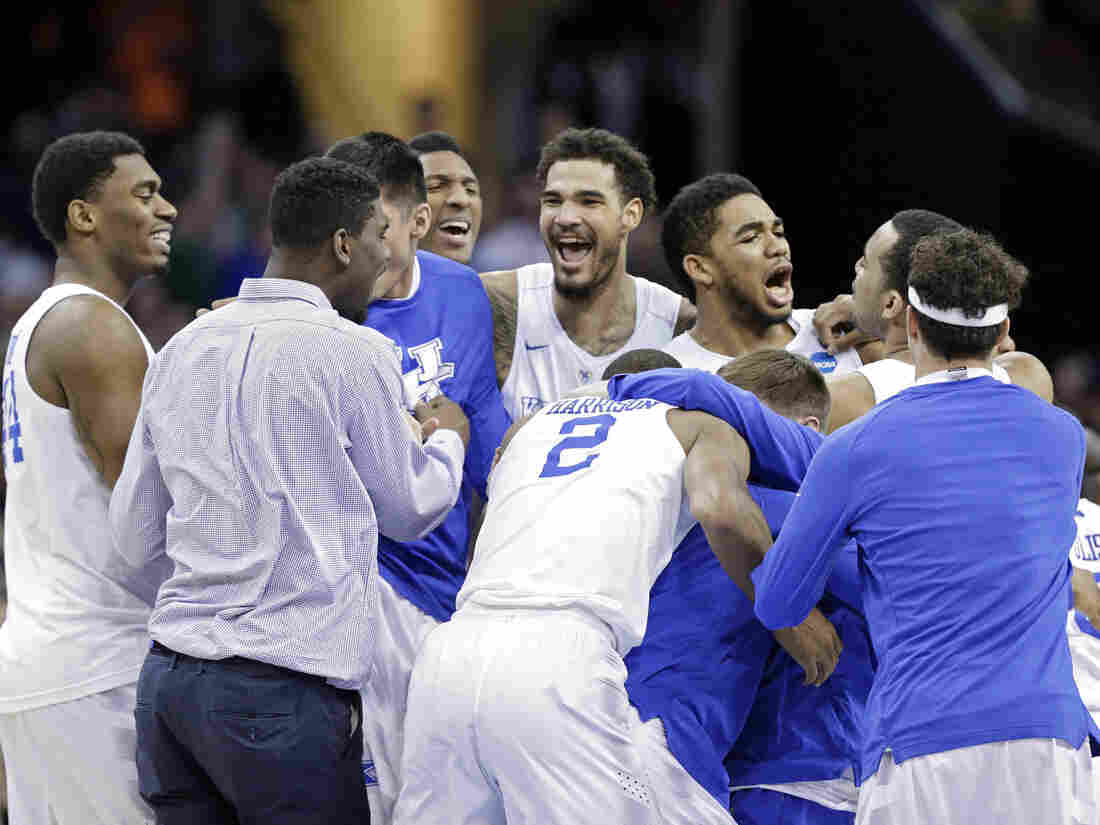 Kentucky players celebrate after a 68-66 win over Notre Dame on Saturday. The 38-0 Wildcats advanced to the Final Four. Tony Dejak/AP hide caption 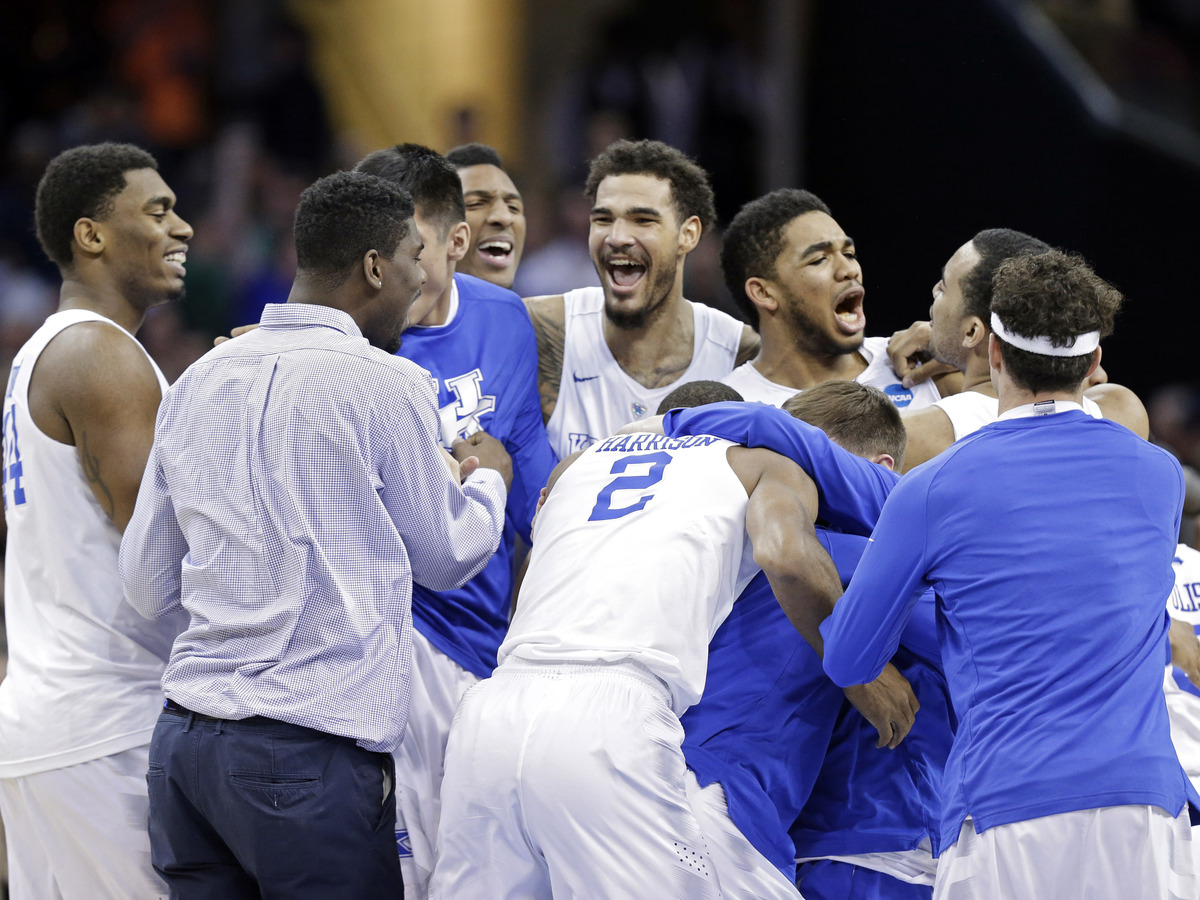 Kentucky players celebrate after a 68-66 win over Notre Dame on Saturday. The 38-0 Wildcats advanced to the Final Four.

Half of the men's college basketball Final Four is set. Kentucky, still undefeated, will take on Wisconsin next Saturday night in Indianapolis.

Kentucky tacked on win number 38 in a game against Notre Dame, breaking a tie in the final 6 seconds with a 68-66 victory.

The game was tight through the first half, the teams trading a close lead back and forth. They were tied at the half, 31-31.

Notre Dame held the lead through most of the second, but the Wildcats kept the score close throughout.

It was Notre Dame that ended UCLA's historic 88-game winning streak back in the 1970s, and they hoped to be giant-killers again Saturday in Cleveland.

For the first half of the game, things seemed to be proceeding to plan for the Fighting Irish.

The game was tied with 6 seconds left, when Kentucky clinched the win on two foul shots.

In the West Regional Final, the Wisconsin Badgers played the Arizona Wildcats in a rematch of the highlight of the 2014 tournament. Back then, the two teams traded shots until the final buzzer rang in overtime. Wisconsin won by a single point, 64-63.

This year, everything came up Badger. Wisconsin took the lead with 19:17 to go and never looked back — thanks in part to a dozen three-pointers. The final score was 85-78.

Many of the same players took part in the rematch, including player of the year candidate Frank Kaminsky. The senior center played another impressive game, finishing with 28 points.

And so it will be yet another rematch next Saturday night in Indianapolis, where the Badgers will take on the unbeaten Kentucky team.

(Last year, Wisconsin was the favorite, but lost when Kentucky's then-freshman Aaron Harrison hit a game-winning three-pointer with just seconds on the clock.)

We'll know the second matchup tomorrow. The game will feature the winners of Louisville vs. Michigan State in the East Region and Duke vs. Gonzaga in the South.