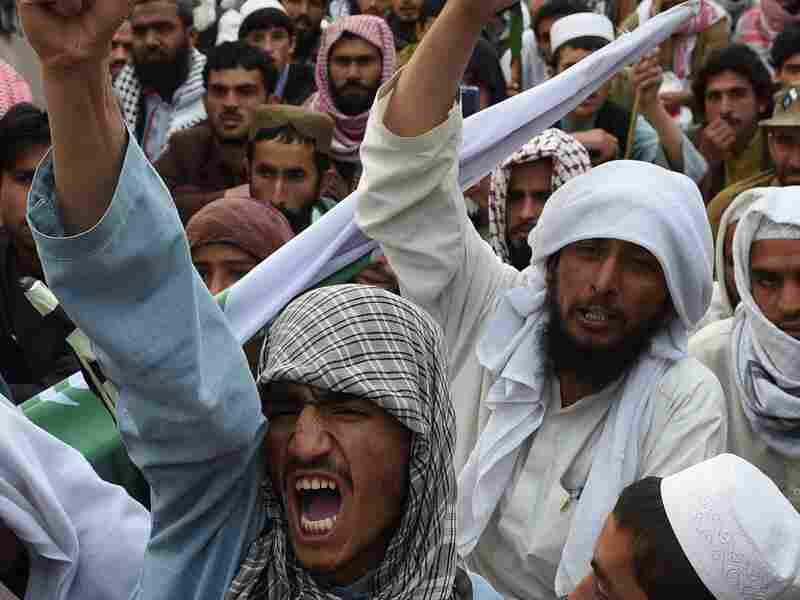 Pakistani activists march in support of the Saudi government at a protest in Quetta on March 30, 2015. Pakistan is the latest country to join a Saudi-led coalition fighting Houthi rebels in Yemen. BANARAS KHAN/AFP/Getty Images hide caption 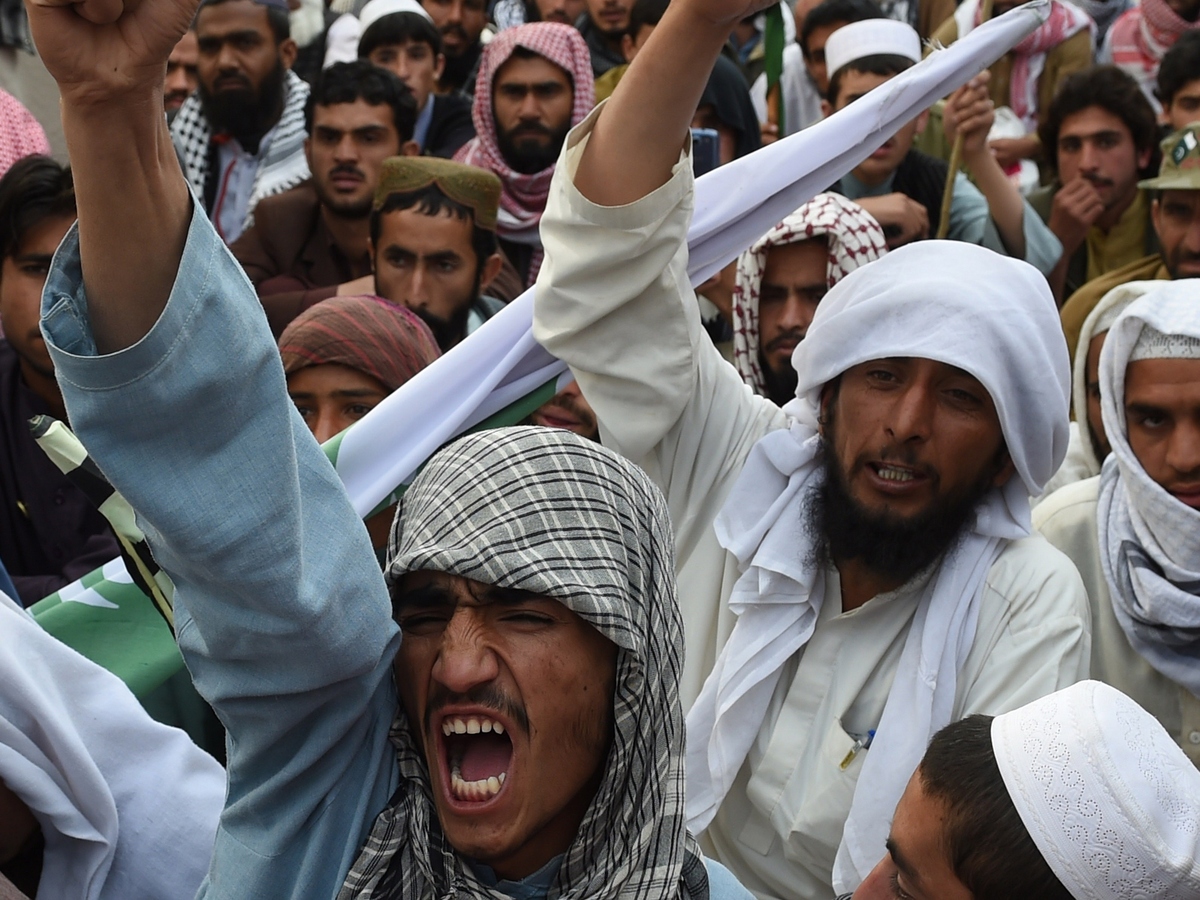 Pakistani activists march in support of the Saudi government at a protest in Quetta on March 30, 2015. Pakistan is the latest country to join a Saudi-led coalition fighting Houthi rebels in Yemen.

Saudi-led airstrikes intensified against Houthi rebels in Yemen. International aid agencies say one strike hit a camp for displaced people and refugees in the north of the country, killing at least 29 people and wounding many others.

Doctors Without Borders (MSF) says the strike hit the Al Mazraq refugee camp in an area controlled by the Houthis. The aid agency says at least 34 people were taken to a nearby hospital, and an additional 29 people were dead on arrival.

The news agency says Mazraq is a cluster of camps housing people who have been displaced by more than a decade of fighting between Houthis and Yemen's government. More than 750 families have fled to the camps since the Saudi-led airstrikes began five days ago.

Yemen's foreign minister, Riyadh Yaseen, blamed Houthi fighters, saying the explosion on the camp was from artillery strikes by the Shiite rebels, rather than an airstrike, according to Reuters.

The attack came on the fifth day of airstrikes as Houthi rebels advanced towards the southern port city of Aden. The Associated Press says Saudi-led naval forces imposed a blockade on Yemen's ports in a bid to repel the advance.

The New York times reports that 10 countries are now involved in the air campaign to stop the Shiite rebels.

As NPR reported this weekend, the Arab League agreed in principle to establish its own military force designed to combat the threat from Islamist extremists in the region. The 22-member group, meeting in Cairo, said that Saudi-led airstrikes against Yemeni Shiite insurgents would continue until the rebels "withdraw and surrender their weapons."