Accessibility links
U.S. Promises To Cut Greenhouse Gas Emissions Up To 28 Percent By 2025 : The Two-Way The new target was submitted to the U.N. Framework Convention on Climate Change Tuesday. It is part of a plan for a new international treaty to be hammered out in December in Paris.

U.S. Promises To Cut Greenhouse Gas Emissions Up To 28 Percent By 2025

U.S. Promises To Cut Greenhouse Gas Emissions Up To 28 Percent By 2025 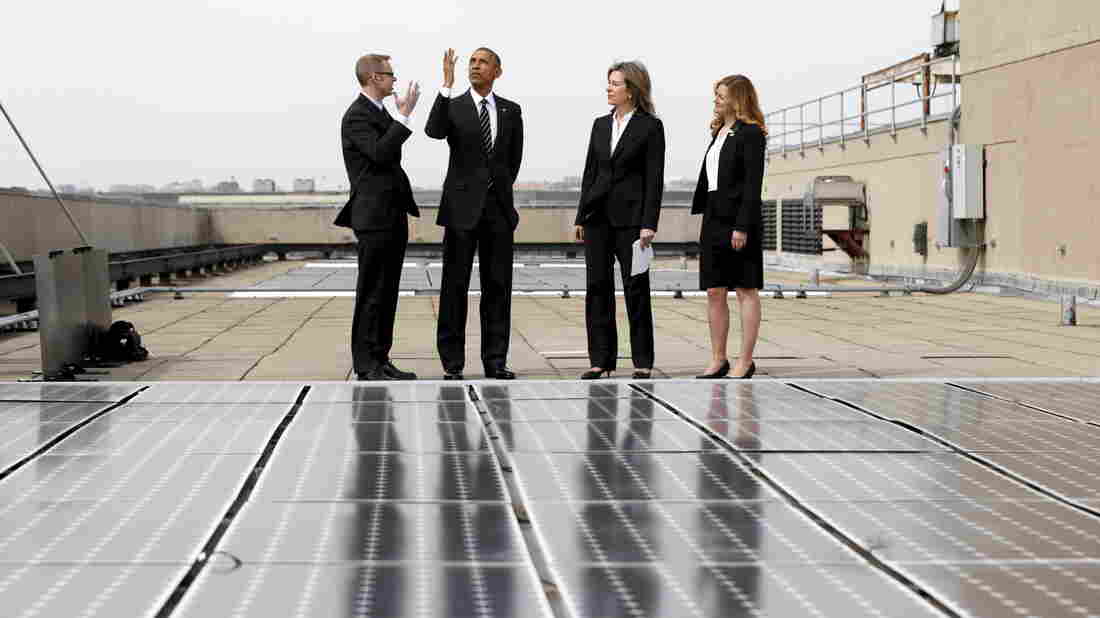 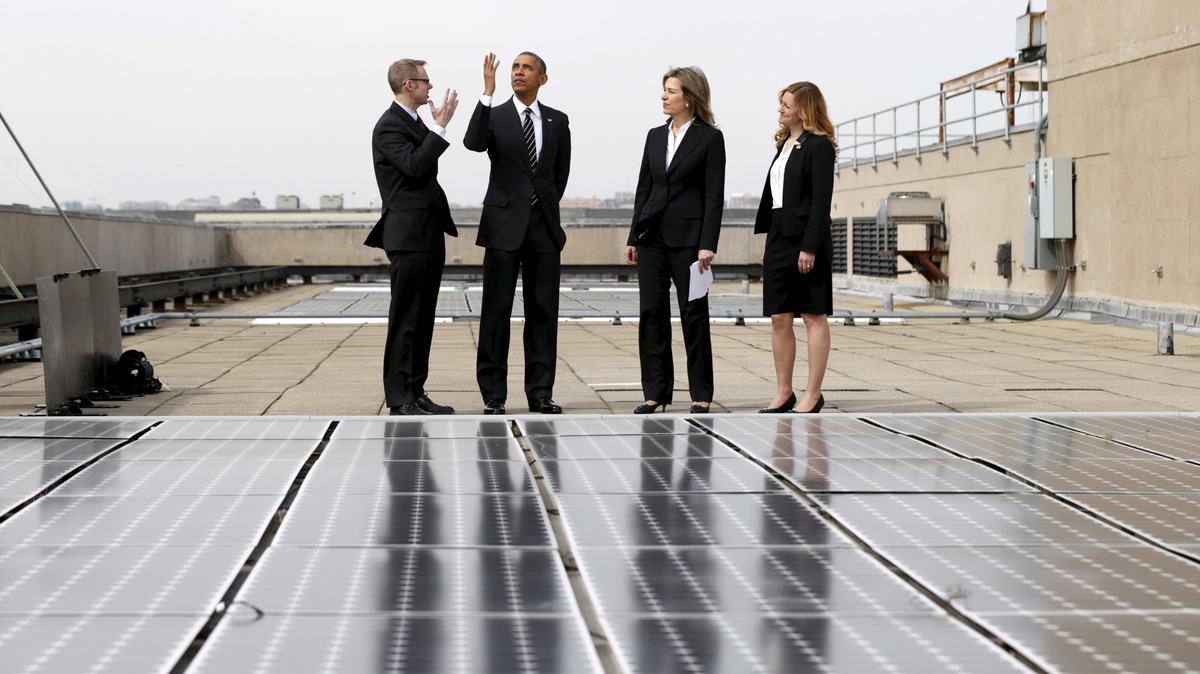 President Obama, seen here inspecting solar panels on the roof of the Department of Energy, has submitted a U.S. pledge to reduce greenhouse gases.

The Obama administration is pledging that the U.S. will reduce greenhouse gas emissions by 26 percent to 28 percent of 2005 levels over the next 10 years. The new target was submitted today to the U.N. Framework Convention on Climate Change.

The step largely formalizes a plan that President Obama announced last November during a visit to China, in a move that was coordinated with China's first-ever pledge to cap its emissions.

China has not yet submitted its emissions plan to the U.N. body that is organizing efforts to forge an international treaty on climate change in December in Paris. So far, the European Union, Norway, Switzerland and Mexico have submitted their goals, in addition to the U.S. (See their plans on the U.N. site.)

"The treaty to be negotiated next December would require both developed as well as developing countries to set goals for reducing emissions," NPR's Christopher Joyce reports for our Newscast desk. "The previous climate treaty, drafted in Kyoto in 1997, excluded developing countries and has had only a modest effect on greenhouse gas emissions."

Earlier this month, Obama signed an executive order that requires the federal government to "cut its emissions of greenhouse gases by 40 percent from 2008 levels within the next decade," as we reported.

Applauding the U.S. plan, Natural Resources Defense Council President Rhea Suh said, "We are confident that the U.S. commitment can be met — and even exceeded."

To do that, Suh said, the U.S. would need to toughen its carbon pollution standards, limit methane leaks from production processes and invest in clean transportation, to "help combat the gravest environmental threat of our time."

The office of Senate Majority Leader Mitch McConnell, R-Ky., has sent out a statement saying:

"Even if the job-killing and likely illegal Clean Power Plan were fully implemented, the United States could not meet the targets laid out in this proposed new plan. Considering that two-thirds of the U.S. federal government hasn't even signed off on the Clean Power Plan and 13 states have already pledged to fight it, our international partners should proceed with caution before entering into a binding, unattainable deal."