Accessibility links
Dozens Of Countries Join China-Backed Bank Opposed By Washington : The Two-Way Some of Washington's closest allies have signed on to a new Asian development bank. The U.S. opposes the bank, in part, because it presents a challenge to American influence in the Asia region. 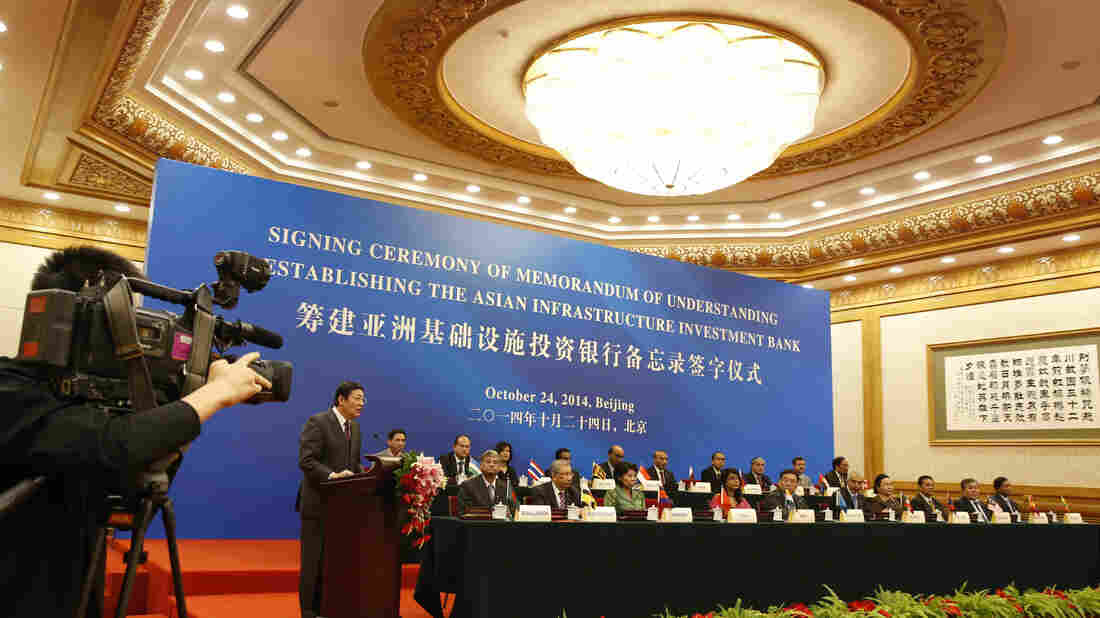 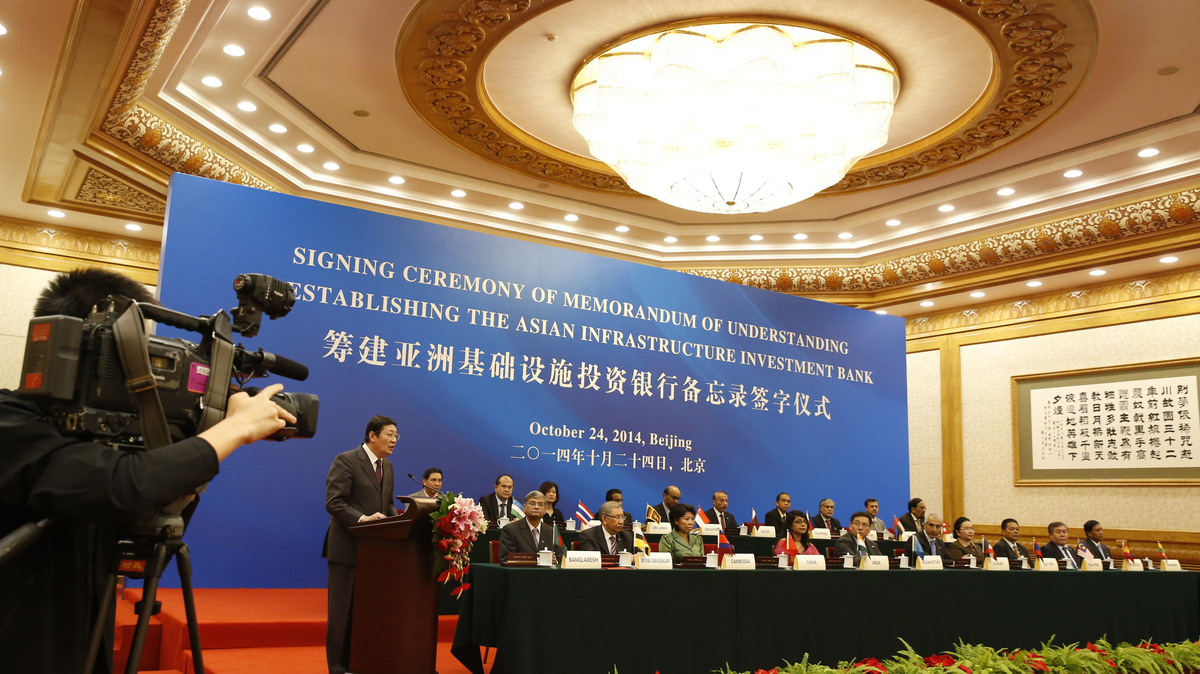 Dozens of countries have slid under Tuesday's deadline to join a China-backed infrastructure development bank that is opposed by Washington.

U.S. allies such as South Korea and Australia were among the more than 40 nations that signed up at the last moment as founding members of the Asia Infrastructure Investment Bank.

Key European allies — France, Germany, Italy and the U.K. — joined earlier in the month. And in the past few days, Russia, Denmark, Sweden, Finland, the Netherlands, Egypt, Kyrgyzstan and even Taiwan — a regional rival of China — jumped on the bandwagon, according to Reuters.

Japan is the one notable exception, choosing to remain loyal to the U.S.

China first floated the idea of a development bank about two years ago as a way to help finance the enormous infrastructural needs in Asia. The Asia Development Bank estimates a need for $8 trillion in infrastructure investment over the next decade for roads, airports, power facilities and the like.

But as NPR has reported, the Obama administration opposes the bank. Officially, the White House says it has concerns about transparency, governance and social and environmental safeguards. Unofficially, the AIIB is seen as a challenge to American influence in the Asia Pacific region, and to U.S.-backed institutions such as the World Bank.

The Wall Street Journal reports that the Obama administration is now proposing the AIIB create a partnership with existing development institutions, such as the World Bank. The newspaper reports that World Bank President Jim Yong Kim is already in "deep discussions" with the AIIB on how the two banks can closely work together. But no decision has been made by the Chinese-led bank on whether it will partner with an existing international bank.

There have been calls for the U.S. to sign on to the Asia Infrastructure Investment Bank. But that would need approval by Congress. The Center for Strategic and International Studies says there's little sympathy in Congress for any move "that would, or would appear to, cede influence to China — especially at great financial cost to the United States."