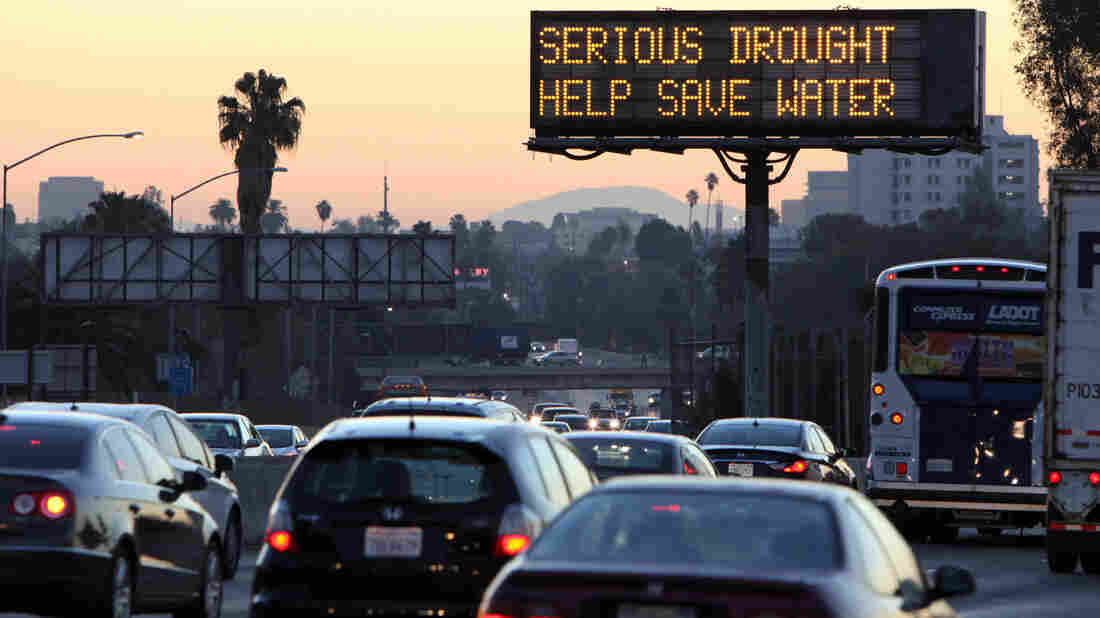 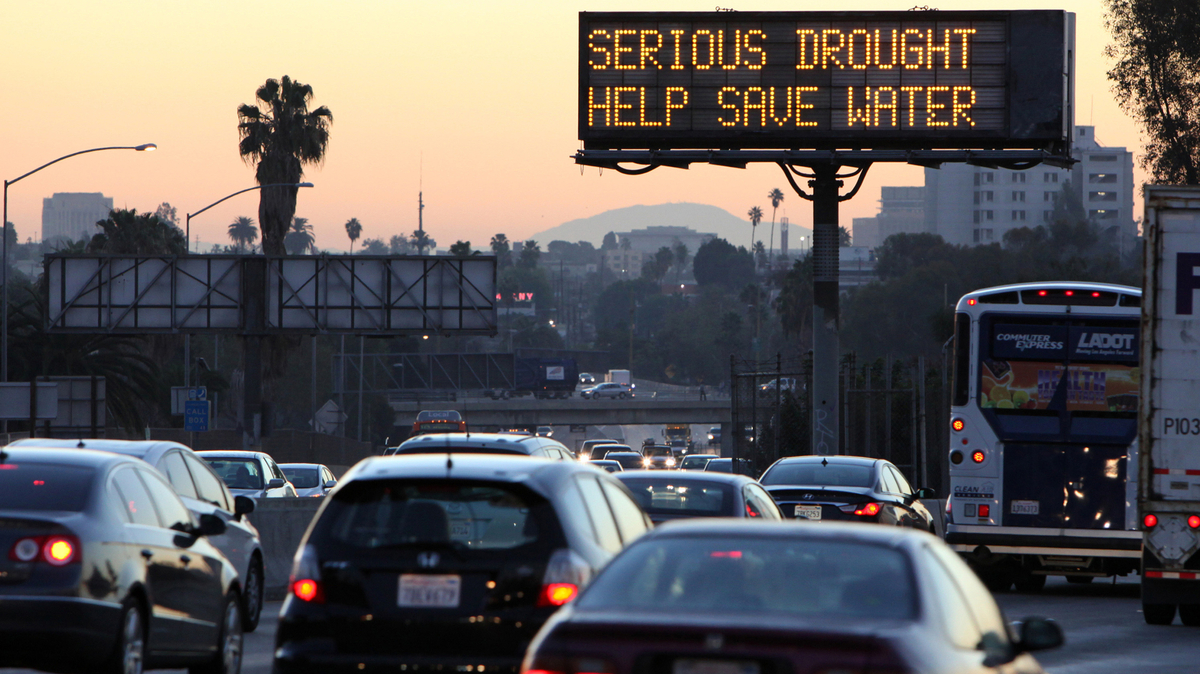 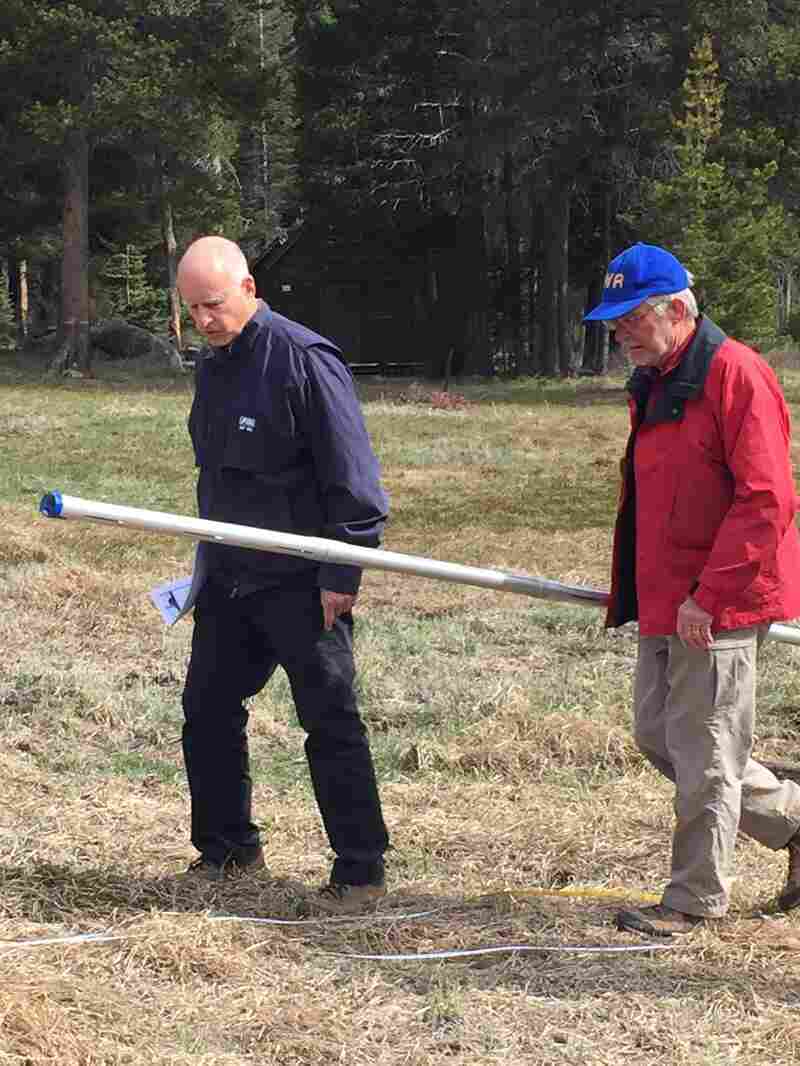 Brown announced the new measures in a dramatic scene: "Today we are standing on dry grass where there should be 5 feet of snow," he said at a press conference in an extremely dry part of the Sierra Nevada. The region is usually a major source of water for the state but now has a snowpack that is at the lowest level on record, as member station KPCC reports.

Brown's office estimates that the 25 percent reduction mandate for California cities alone should save the state 1.5 million acre-feet of water over the next nine months.

Last year, Brown declared a drought state of emergency, and just a few days ago, he signed a $1.1 billion emergency drought relief bill.