Accessibility links
Iraq Claims Victory Over Militants In Strategic City Of Tikrit : The Two-Way Iraqi flags are flying over government buildings again, one month into a major offensive to reclaim the city from fighters with the self-proclaimed Islamic State.

Iraq Claims Victory Over Militants In Strategic City Of Tikrit

Iraq Claims Victory Over Militants In Strategic City Of Tikrit 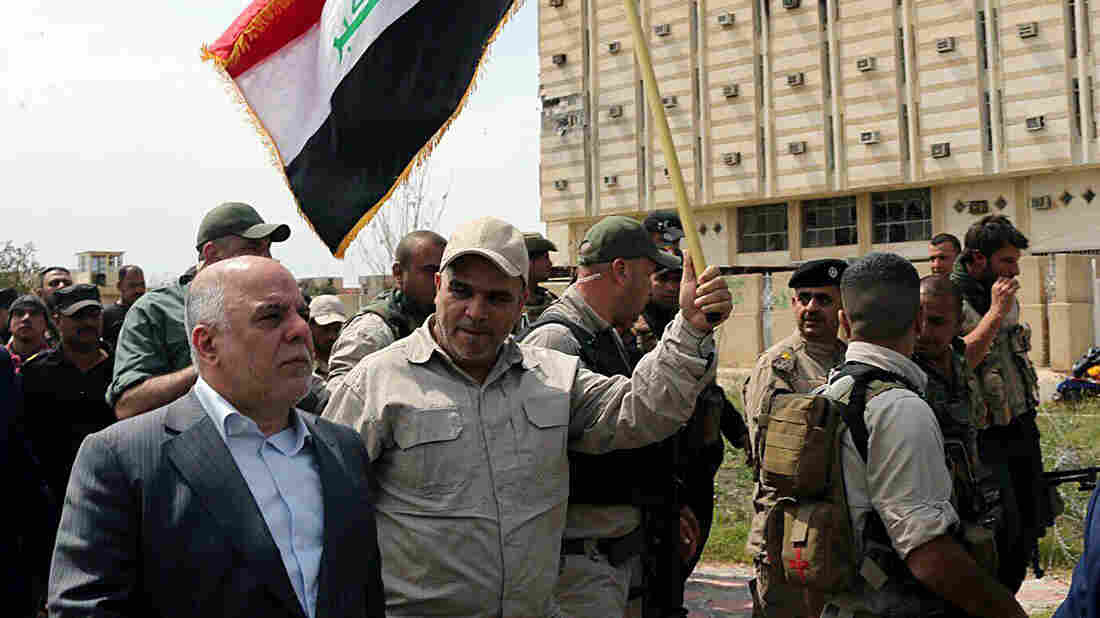 Iraqi Prime Minister Haider al-Abadi (left) tours Tikrit after it was retaken by security forces Wednesday, a key step in driving the militants out of their biggest strongholds. AP hide caption 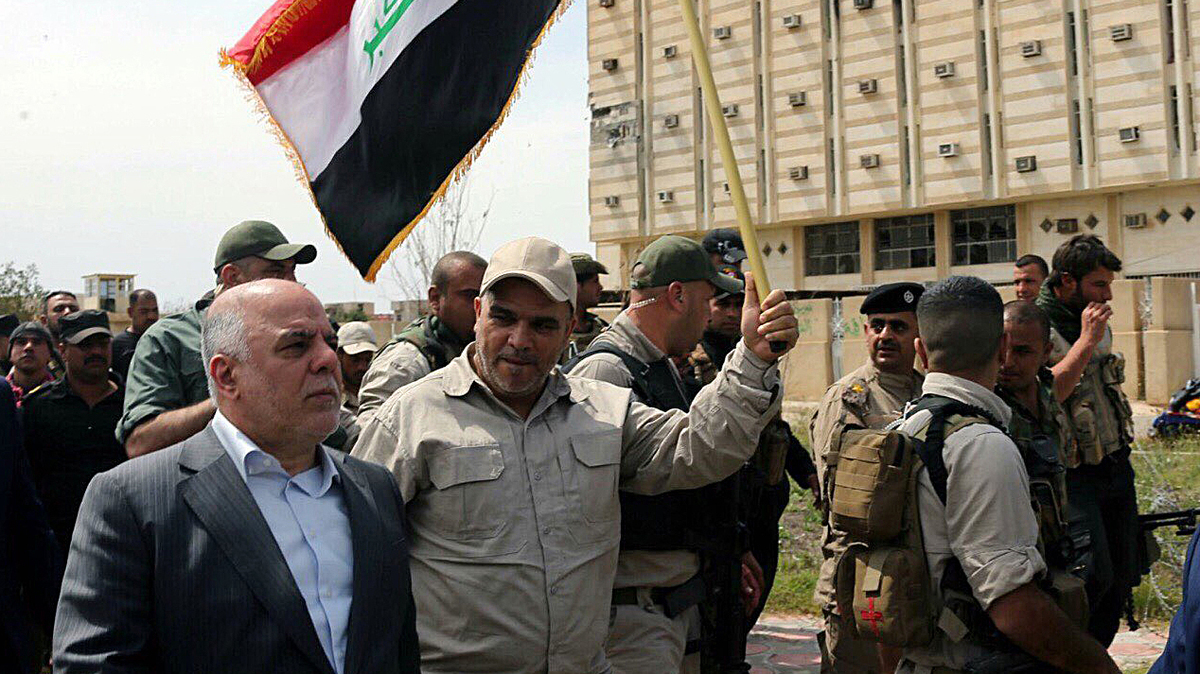 Iraqi Prime Minister Haider al-Abadi (left) tours Tikrit after it was retaken by security forces Wednesday, a key step in driving the militants out of their biggest strongholds.

The Iraqi government says its security forces have retaken Tikrit from militants with the self-proclaimed Islamic State. Recapturing the strategic city after a monthlong battle is considered a major setback for the jihadist group, also known as ISIS.

NPR's Alice Fordham, who returned from a short visit to Tikrit on Wednesday, says "a motley coalition" of police, soldiers and Shiite Muslim militiamen have worked with Iranian advisers on the ground and warplanes from the U.S.-led coalition in the air to flush out the extremists. Alice says there was much celebratory gunfire from the Iraqis, but that she also could hear bursts of ongoing fighting in another part of the city.

There are still mopping up operations to clear out pockets of ISIS fighters in the north of the city, according to Reuters. Iraq's interior minister, Mohammed al-Ghabban, said the police were working to clear neighborhoods and roads of mines laid by the jihadist group, according to the news agency.

As NPR reported earlier, the effort to reclaim Tikrit began March 2, when the Iraqi military launched a major offensive with the help of Iranian-backed Shiite militias. The Iraqi government did not ask the U.S. for help in the initial offensive.

But by the third week, the offensive had ground to a halt, and the Iraqi government turned to the U.S. to carry out airstrikes.

Retaking Tikrit is seen as a test of preparedness for Iraq's military and its allies to recapture Mosul, the largest Iraqi city under control of ISIS, according to The Wall Street Journal. An offensive is not expected until Iraqi troops are ready, which may not be until later this year.