Accessibility links
Airbnb Starts Listing Homes In Cuba; Average Rate Is $43 A Night : The Two-Way A look at the offerings finds everything from "beautiful colonial rooms" in the heart of Havana for $27 to "a holiday sanctuary" on the outskirts of Havana that sleeps 10 for $1,000. 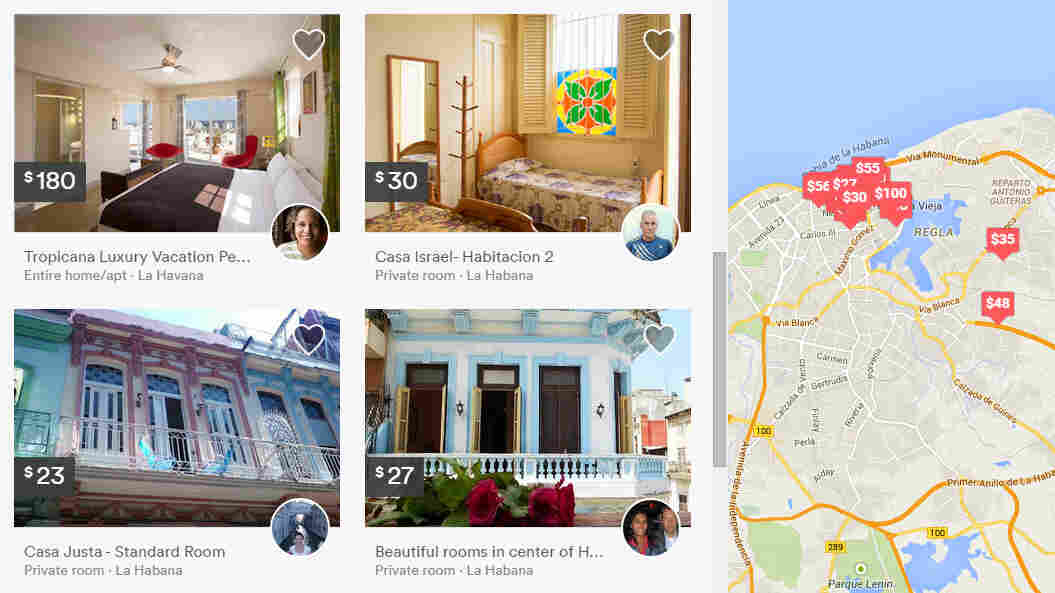 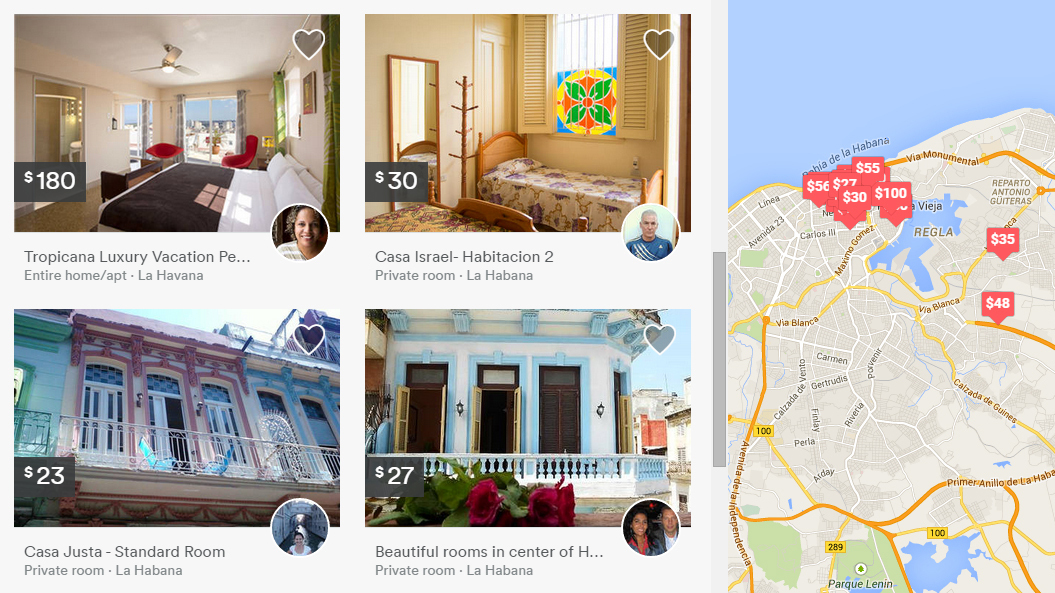 Less than three months after the U.S. announced it will ease travel to Cuba, home rental site Airbnb is listing properties in the island nation. The average price for a room or home in Havana is currently $43. The company says it's starting out with more than 1,000 listings.

A look at the offerings Thursday morning found everything from "beautiful colonial rooms for rent in the heart of Havana" for $27 a night to a "a holiday sanctuary" chalet on the outskirts of Havana that can accommodate 10 guests for $1,000. It includes a pool.

Airbnb says its short-term rental service will help Cubans capitalize on a tradition of sharing their homes with travelers.

Announcing the move, the company says:

"Hospitality isn't a commodity in Havana — it's a way of life. Cubans have been welcoming visitors into their homes for decades. Casas particulares — a network of private homestays — have been a popular choice for visitors, as well as an important source of income for thousands of Cuban families."

But travel writer Simon Calder tells the BBC he thinks the service might hit some snags in Cuba for two reasons: Hosts will not want to share their profits with a third party, and they could also have a hard time staying up to date on reservations and requests, due to the country's slow Internet service and spotty Web access (which NPR recently wrote about).

Since the new thaw in U.S.-Cuban relations, NPR has visited the island and reported on the country's efforts to modernize both its baseball system and its economy — and its inhabitants' attempts to navigate a shifting set of rules. You can follow our reporting here.