Accessibility links
World's Muslim Population Will Surpass Christians This Century, Pew Says : The Two-Way Islam is growing more rapidly than any other religion in the world, according to the Pew Research Center, which predicts that Islam will nearly equal Christianity by 2050 before eclipsing it. 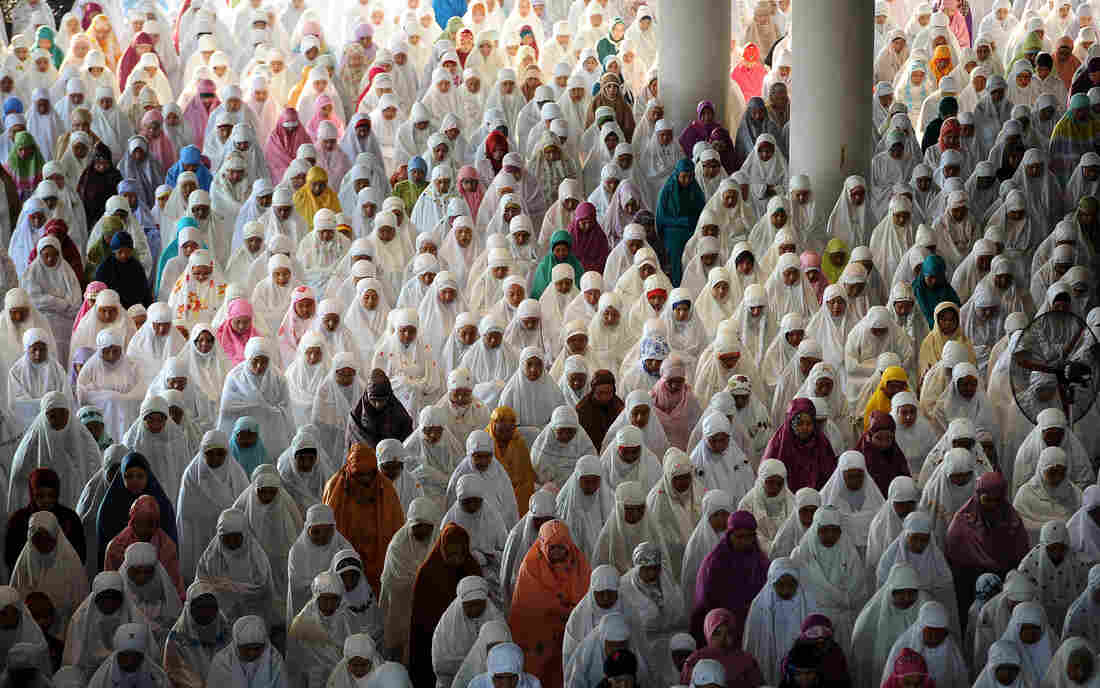 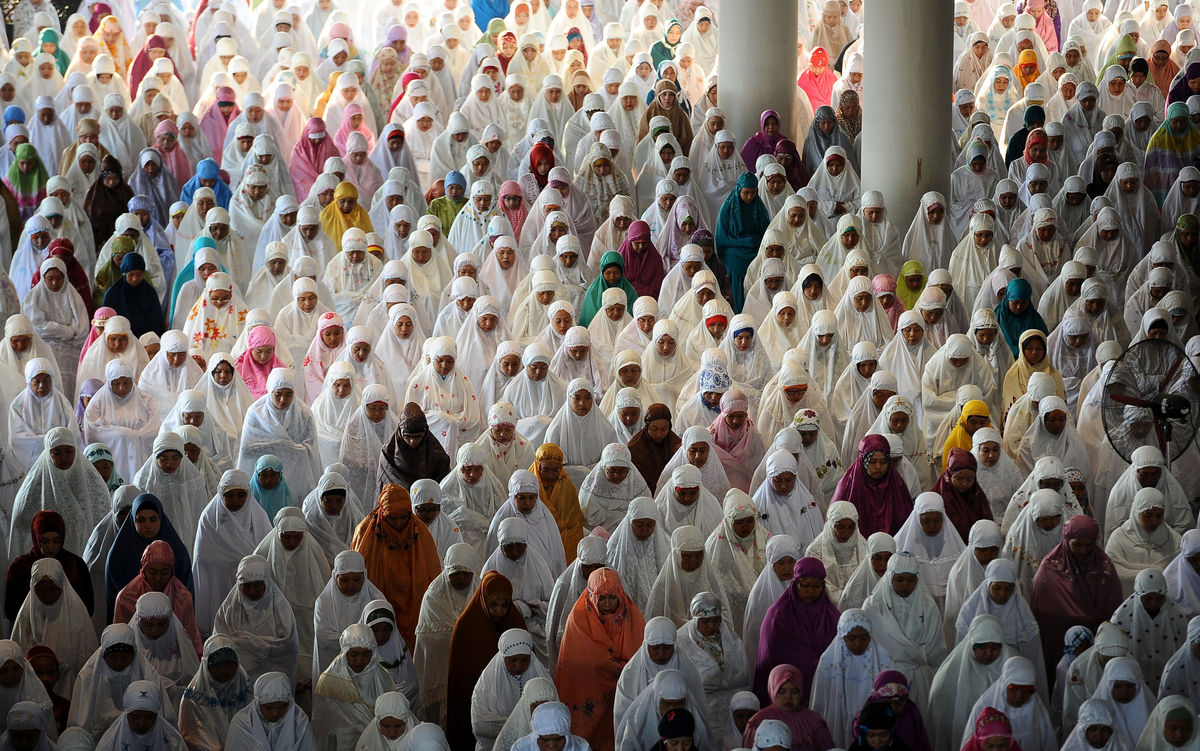 Islam is growing more rapidly than any other religion in the world, according to a new report by the Pew Research Center that says the religion will nearly equal Christianity by 2050 before eclipsing it around 2070, if current trends continue.

"The main reason Muslims are growing not only in number but in share worldwide is because of where they live," Alan Cooperman, Pew's director of religion research, tells NPR's Tom Gjelten. "Muslim populations are concentrated in some of the fastest-growing parts of the world."

The finding is part of the center's report on the future of the world's religions. You can see the full report at the Pew site, which has also published an interactive tool to help readers drill down by geography and religion.

"As of 2010, Christianity was by far the world's largest religion, with an estimated 2.2 billion adherents, nearly a third (31 percent) of all 6.9 billion people on Earth," the Pew report says. "Islam was second, with 1.6 billion adherents, or 23 percent of the global population."

Those numbers are predicted to shift in the coming decades, as the world's population rises to 9.3 billion by the middle of this century. In that time, Pew projects, Islam will grow by 73 percent while Christianity will grow by 35 percent — resulting in 2.8 billion Muslims and 2.9 billion Christians worldwide.

In addition to presenting raw numbers and projections, the Pew report looks at the demographic trends that are fueling the changes.

One factor is the wide range of fertility rates, with only Christians and Muslims currently higher than the world average fertility rate of 2.5.

Buddhists are seen having the lowest fertility rate — part of the reason why Buddhism is projected to be the world's only major religion that's projected not to grow over the next four decades.

While the growth of Islam is tied to fast-growing populations, Pew says, another group will be shrinking: those who are atheist, agnostic or unaffiliated with a religion. That group will decline globally, the center's reports says, despite "increasing in countries such as the United States and France."