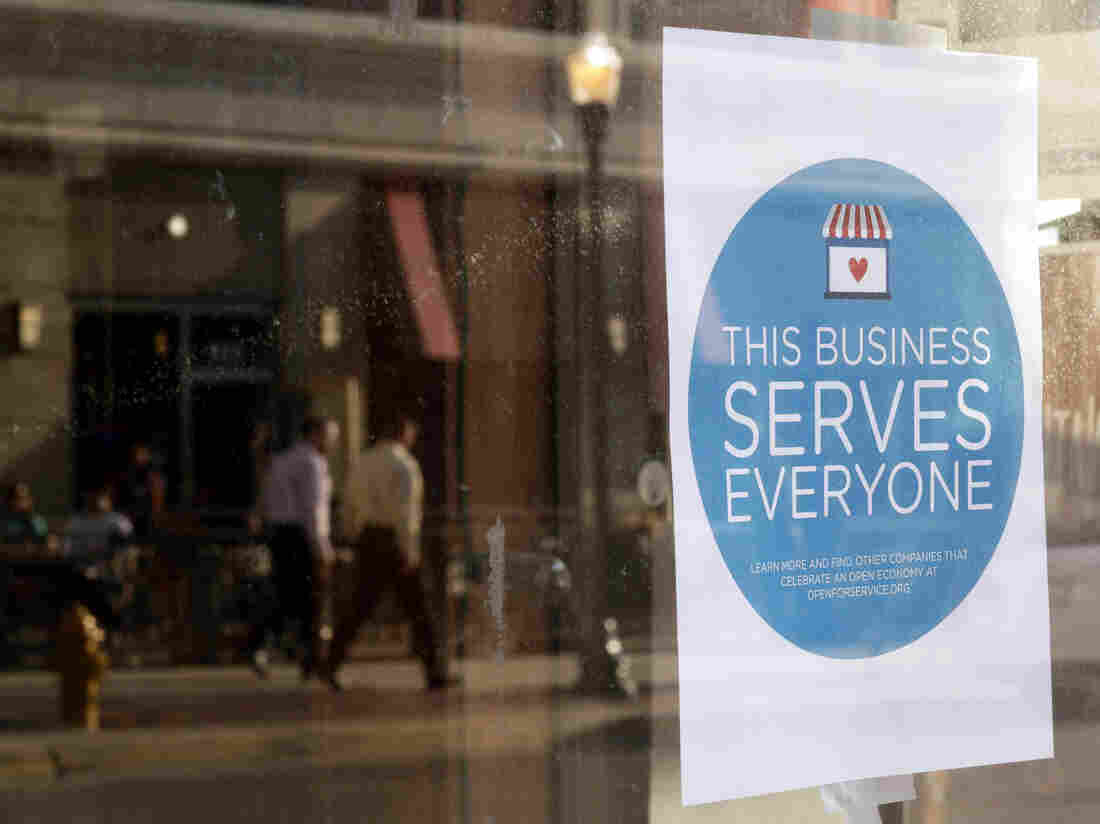 A sign reading, "This business serves everyone," was placed in the window of Bernadette's Barbershop in downtown Lafayette, Ind., in response to the passage of the state's Religious Freedom Restoration Act. Nate Chute/Reuters/Landov hide caption 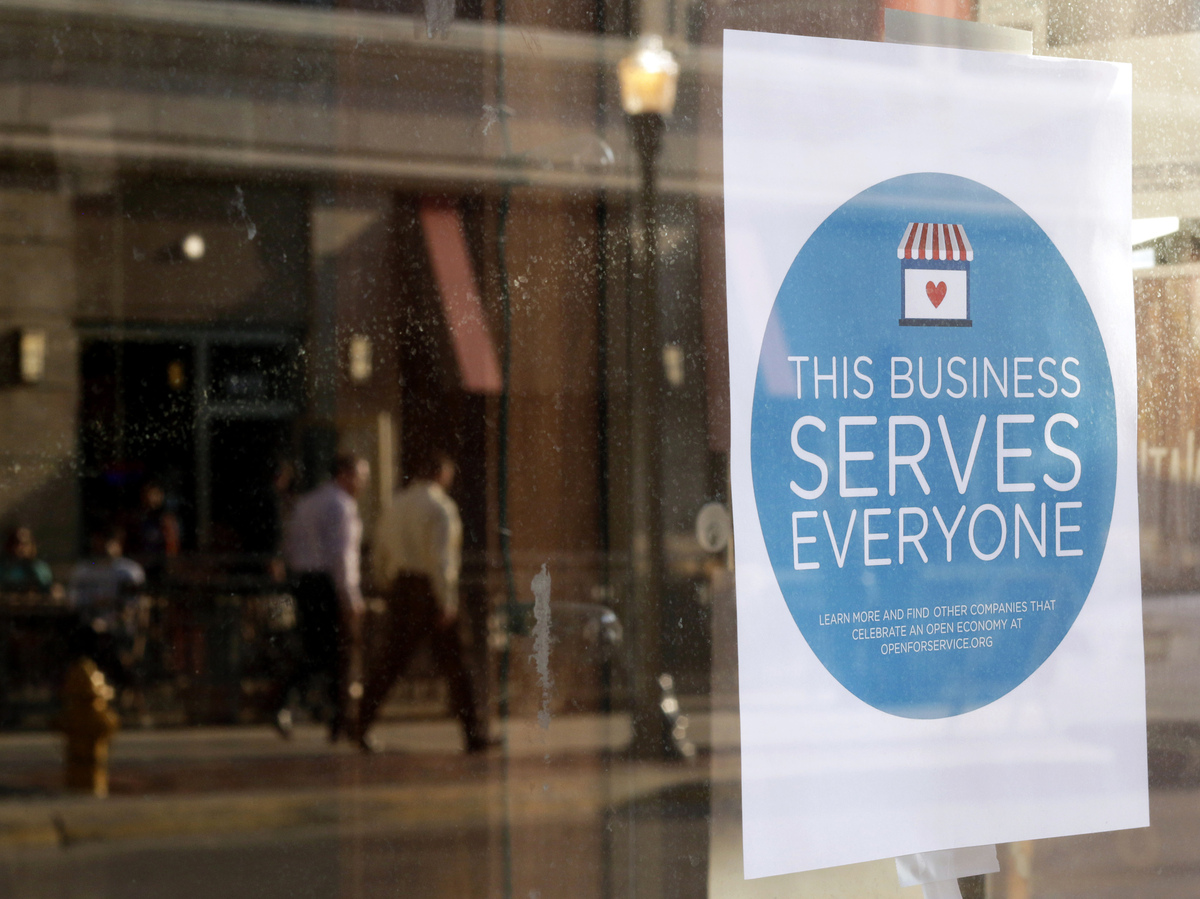 A sign reading, "This business serves everyone," was placed in the window of Bernadette's Barbershop in downtown Lafayette, Ind., in response to the passage of the state's Religious Freedom Restoration Act.

Lawmakers in Indiana and Arkansas have approved changes to their respective "religious freedom" measures designed to answer critics who charged the laws were meant to discriminate against gays and lesbians by allowing businesses to refuse them service.

The amendments were passed by Legislatures in Indianapolis and Little Rock after a day of wrestling over the details of amendments to the measures.

Indiana's legislation, signed into law last week by Gov. Mike Pence, set off a massive online protest and prompted several large companies, such as Angie's List, to threaten to curtail their business in the Hoosier state.

Lawmakers meeting in Indianapolis on Thursday approved changes to the law to prohibit service providers "from using the law as a legal defense for refusing to provide services, goods, facilities or accommodations. It also bars discrimination based on factors that include race, religion, disability, sexual orientation, gender identity or United States military service," according to The Associated Press.

It is the first time the Hoosier state has defined either sexual orientation or gender identity a protected category.

Early in the evening, Pence signed the clarifications into law. Retuers reports that in a statement, he said "the bill had been misunderstood, and he emphasized that it still protects religious liberties."

Arkansas Gov. Asa Hutchinson, who on Wednesday asked the Legislature to make the changes, signed a revised version of the measure today that the AP says "only addresses actions by the government, not by businesses or individuals, and supporters said that would prevent businesses from using it to deny services to individuals. Opponents said they believed the measure still needs explicit anti-discrimination language similar to Indiana's proposal."

Indiana's Pence, bowing to pressure after signing the measure last week, asked the Republican-dominated state Legislature to "fix" the law to allay concerns about discrimination.

(For a primer on religious freedom acts — what they do and don't mean, NPR's Domenico Montanaro has this post from Wednesday.)

Indiana and Arkansas are among 21 states that have similar laws. In many of those states, however, sexual orientation was already a protected class.