Accessibility links
Megachurch Founder, Televangelist Robert Schuller Dies At 88 : The Two-Way The pastor who built his church from nothing in the 1960s also launched the Hour of Power broadcast a decade later. By 2010, however, the palatial Crystal Cathedral was forced into bankruptcy. 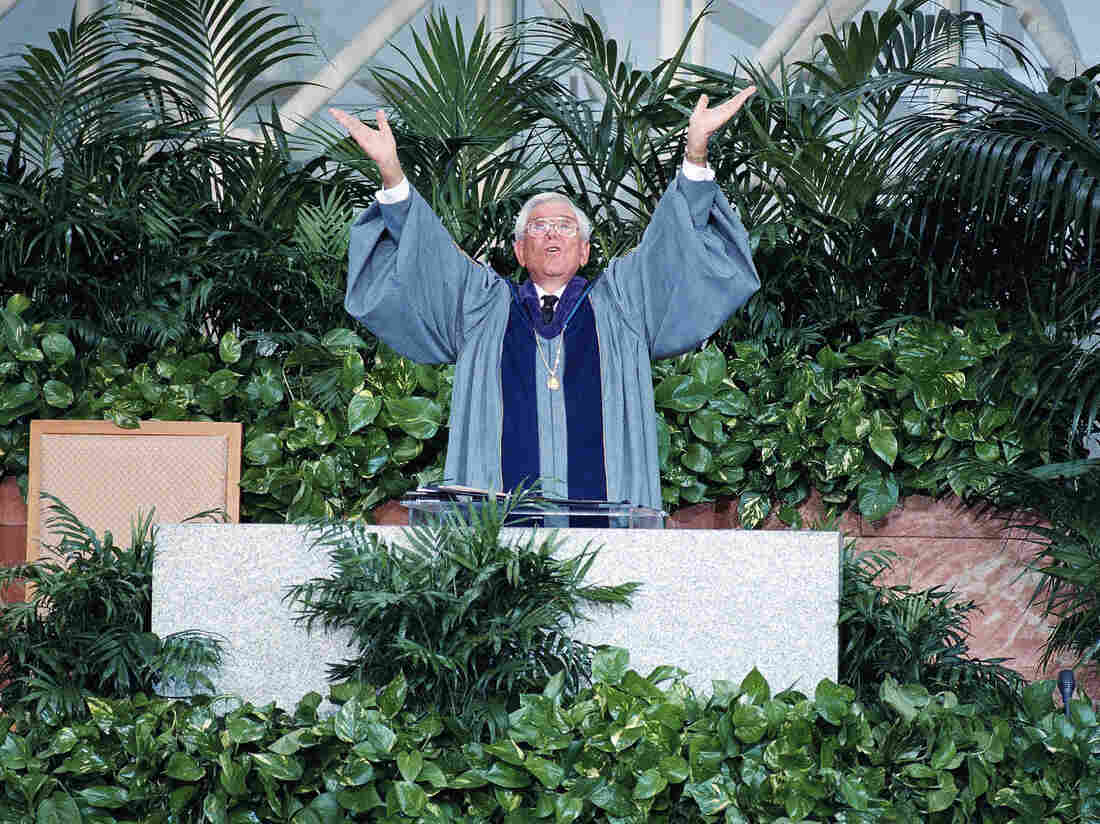 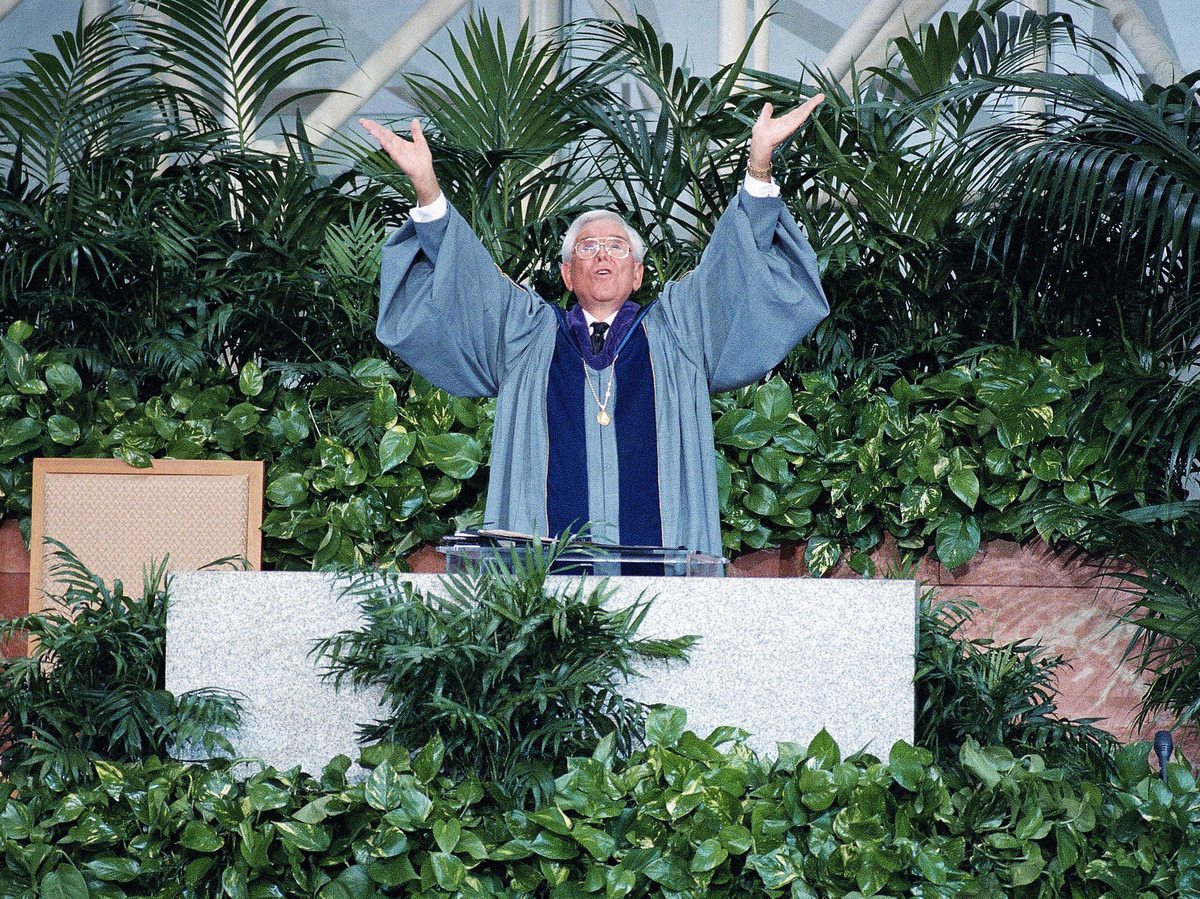 Rev. Robert H. Schuller, pastor of the Crystal Cathedral in Garden Grove, Calif., speaks at the church in 1996. Schuller, who hosted the top-rated Hour of Power telecast for decades, died Thursday at age 88.

Christian televangelist Robert Schuller, best known for the Sunday morning Hour of Power telecast he hosted for decades from his Crystal Cathedral megachurch in California, has died at 88.

Schuller's daughter, Carol Schuller Milner, and grandson, Rev. Bobby Schuller, announced the news on Twitter. Bobby Schuller, who has taken over as host of a scaled-back Hour of Power, said today that his grandfather "passed this morning into eternal life with Christ."

Carol Schuller Milner was quoted by The Associated Press as saying her father died early Thursday at a care facility in Artesia, Calif.

The elder Rev. Schuller was diagnosed with cancer of the esophagus in 2013. The Orange County Register reports that he ceased chemotherapy after the death of his wife, Arvella, in February 2014.

Schuller launched Hour of Power in 1970 with what the AP describes as "upbeat messages on faith and redemption" but watched his empire collapse in his waning years, with the towering, glass-ensconced Crystal Cathedral, situated on 40 acres in Garden Grove, Calif., filing for Chapter 11 bankruptcy in 2010. The building was purchased the following year by the Roman Catholic Dioceses of Orange for $57.5 million.

"Schuller's evangelical Protestant ministry, part of the Reformed Church in America, was a product of modern technology. He and his late wife ... an organist, started a ministry in 1955 with $500 when he began preaching from the roof of a concession stand at a drive-in movie theater southeast of Los Angeles.

"The church's motto — 'Come as you are in the family car' — tapped into the burgeoning Southern California auto culture and the suburban boom of post-World War II America."

NPR's Tom Gjelten says Schuller "was a compelling speaker with a positive message, and he reached out to Christians of all denominations. At the suggestion of Billy Graham, [he] began televising his services."

"In 2008, the recession led to a decrease in church donations and ticket sales to its holiday pageants, according to church officials.

"The church's money troubles forced it to lay off at least 140 people last year, halve the air time of the Hour of Power TV program and even dismiss its orchestra and professional choir singers, church officials had said.

"The cathedral decided to file for Chapter 11 only after some of its creditors sued for payment, according to church officials."

In 2013, a lawsuit was filed by creditors against several members of Schuller's family, alleging that "the older Schuller and his family members used their power and position to give themselves generous salaries, housing allowances and other benefits while the church struggled financially," according to the Register.