Accessibility links
Nixon's 'Western White House' Is Up For Sale : The Two-Way Hom Sotheby's International has listed the 5.45-acre oceanfront estate for $75 million. President Nixon bought the property early in his presidency, and lived there after resigning from office. 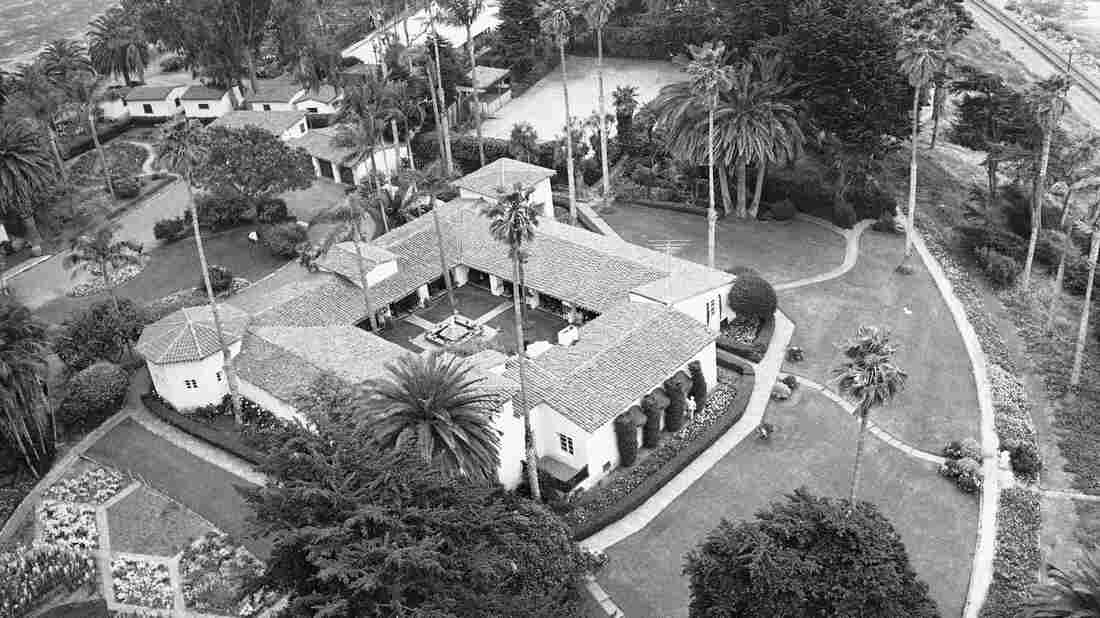 President Richard Nixon's California home, seen in 1969, is back on the market for $75 million. The 10-room Spanish-style adobe is located in San Clemente. HF/AP hide caption 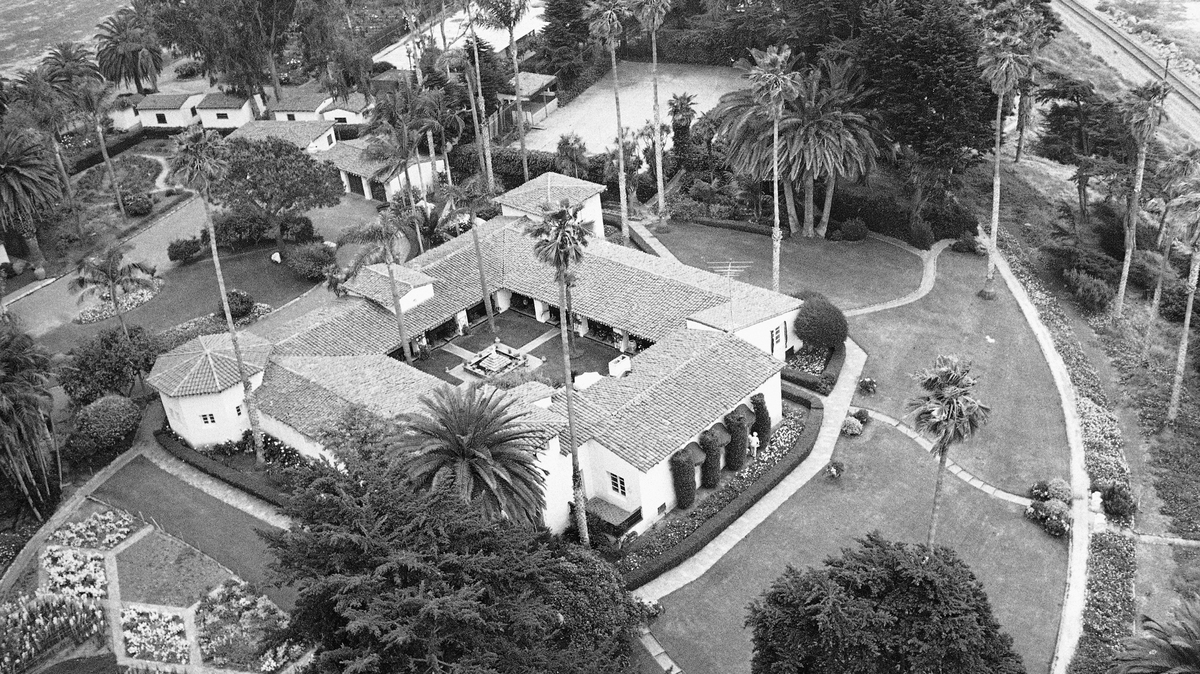 President Richard Nixon's California home, seen in 1969, is back on the market for $75 million. The 10-room Spanish-style adobe is located in San Clemente. 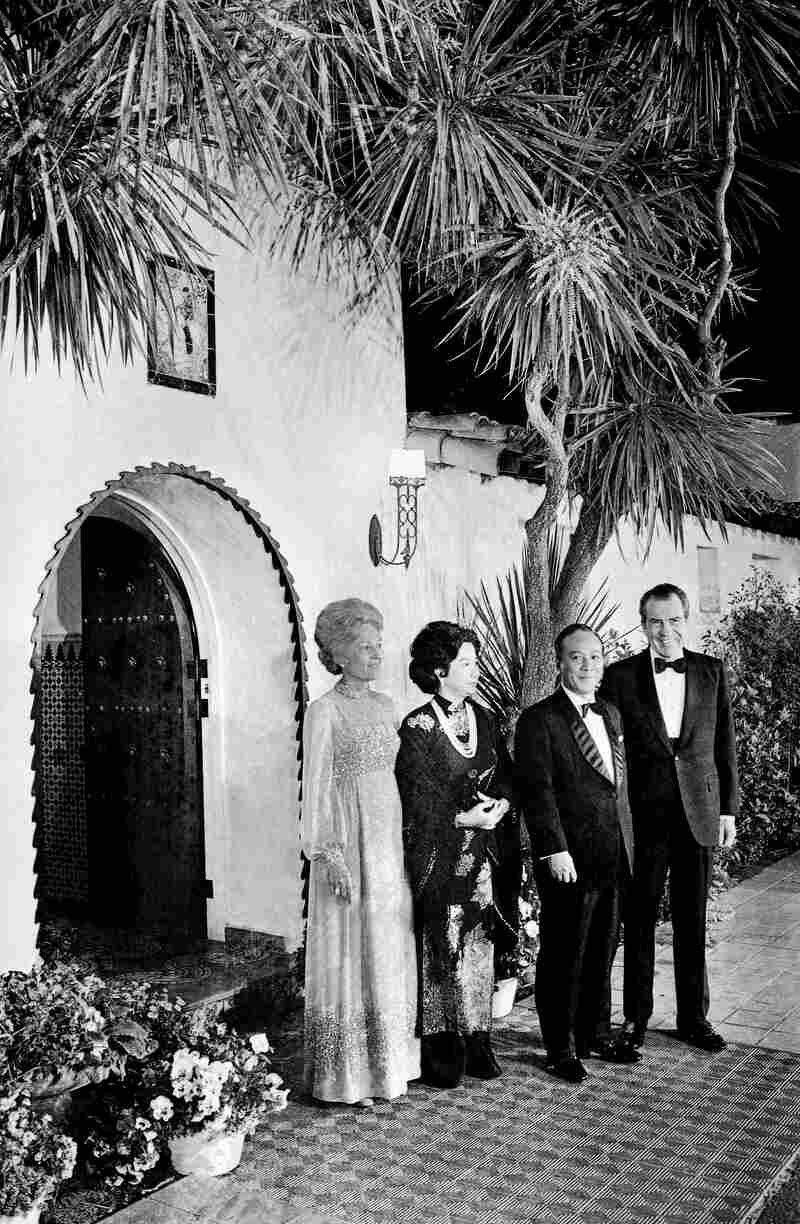 After owning the estate for 35 years, retired Allergan CEO Gavin S. Herbert is selling the former home of President Richard Nixon for $75 million.

The estate in San Clemente, Calif., is large. Its main residence is 9,000 square feet, and the entire compound boasts more than 15,000 square feet of living space. The Wall Street Journal has details:

"The tranquil lot overlooks a popular surfing beach. It has flower and vegetable gardens, neatly trimmed hedges, and palm and cypress trees.

"The home is designed in a Spanish Colonial style—white stucco and red-tile roof, and living spaces around a central courtyard with a fountain. An outside staircase leads to an office with a fireplace that Mr. Nixon added. The dining room overlooks the home's ornamental and English gardens on the opposite side."

The Orange County Register lists all the spaces on the compound. They include "a pavilion with a grand main room, bar, guest suite and den, a two-bedroom guest house, pool and pool terrace, lighted tennis court, gazebo on the bluff, expansive lawns, vegetable and succulent gardens, a greenhouse, catering facility, four staff residences, security annexes and a private well for landscaping water."

Nixon bought the estate in 1969 for $1.4 million, just six months into his presidency, according to The Journal. He named it La Casa Pacifica. During his presidency, Nixon hosted his family as well as world leaders. After resigning from office in 1974 because of the Watergate scandal, Nixon retreated to the estate, where he wrote his memoir.

The OC Register notes that Herbert, along with partners, bought the estate from Nixon in 1980, after the former president moved to New York. The Wall Street Journal says Herbert's lifelong love of gardening led him to volunteer as head gardener for the estate even before he owned it. 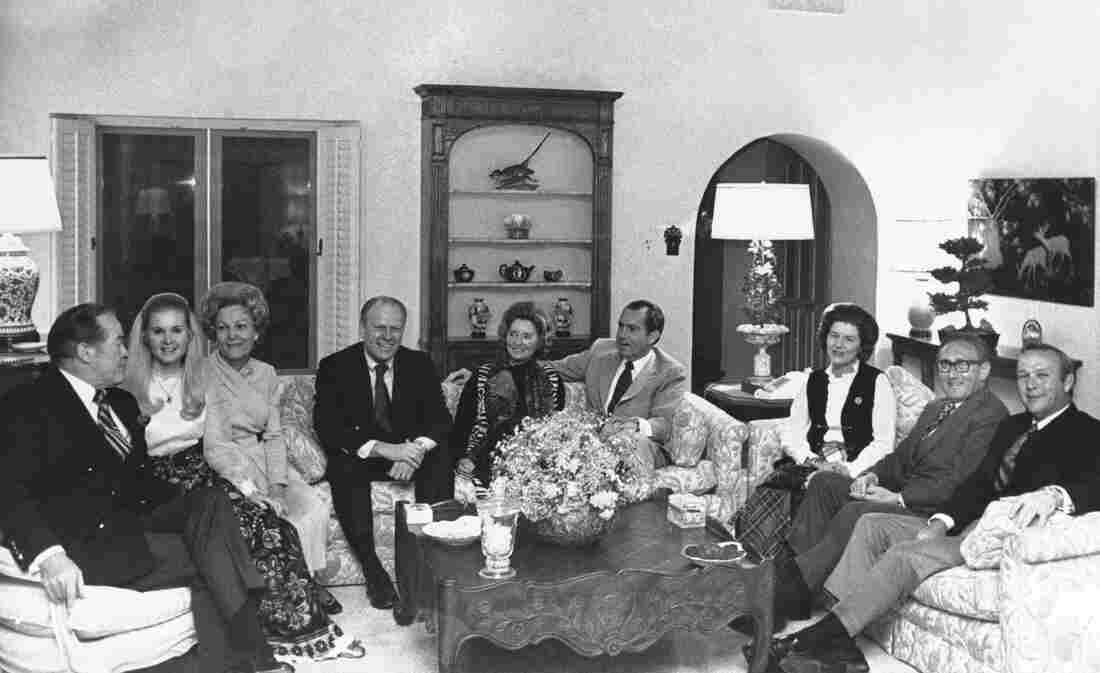