Accessibility links
Energy Secretary: Iran Deal Blocks All Paths Toward Nuclear Bomb : The Two-Way In an interview with NPR, Ernest Moniz says the deal has expanded the time it would take Iran to make a bomb significantly — from two months to a year. 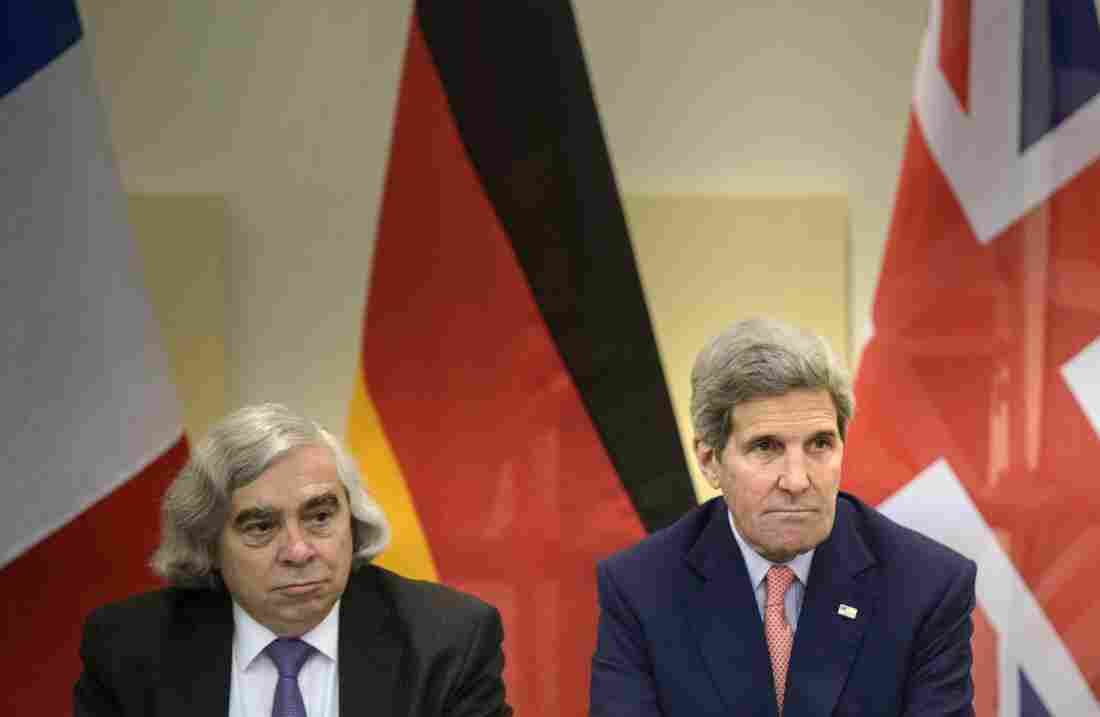 Secretary of Energy, Ernest Moniz, left, and Secretary of State, John Kerry wait for the start of a trilateral meeting at an hotel in Lausanne in March. Brendan Smialowski/AP hide caption 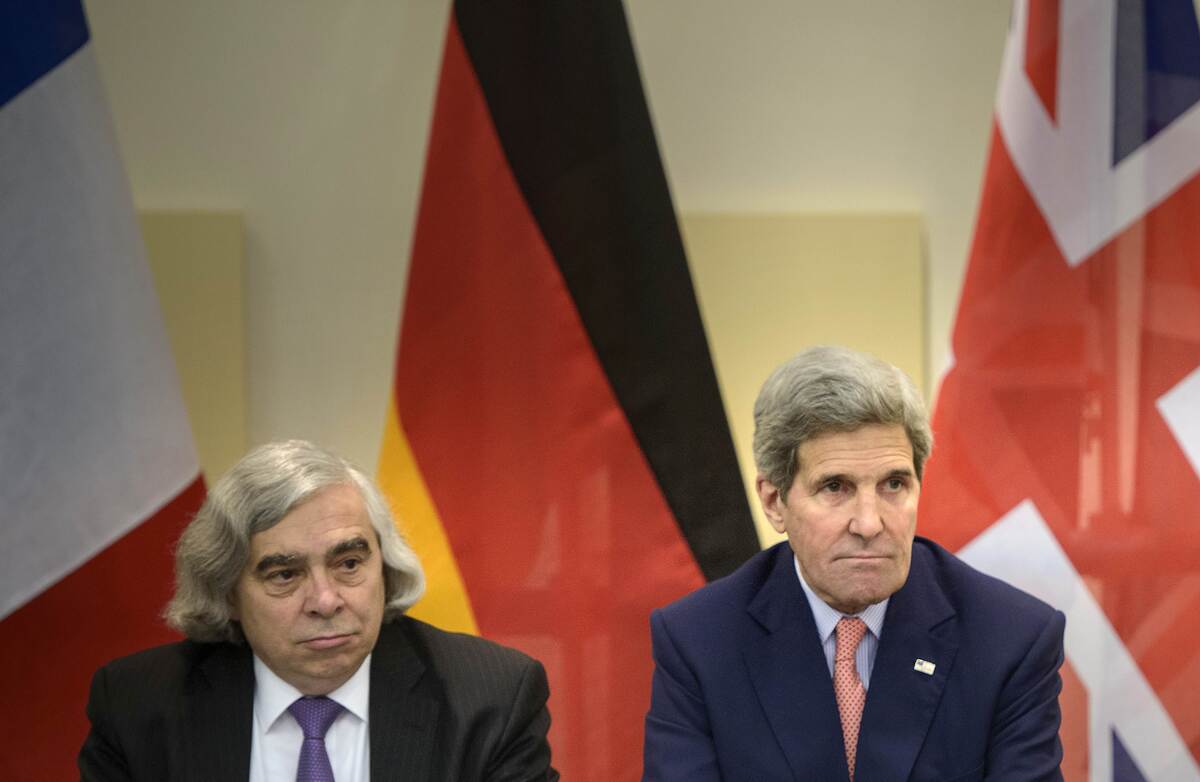 Secretary of Energy, Ernest Moniz, left, and Secretary of State, John Kerry wait for the start of a trilateral meeting at an hotel in Lausanne in March.

Energy Secretary Dr. Ernest Moniz, who played a central role in negotiating a framework deal with Iran over its nuclear program, defended the preliminary agreement on Friday during an interview with All Things Considered's Melissa Block.

"This is a good deal because it satisfies our need to block all four pathways to a nuclear weapon," Moniz said.

Moniz dismissed critics of the deal, who said that the framework leaves Iran's nuclear infrastructure intact.

"In terms of the immediate issue, we should always keep in perspective that the breakout time has been dramatically extended," Moniz said. "And I would say for the issues of having time for diplomatic or other response two months versus 12 months is quite a big difference."

Melissa also asked Moniz about the difficulties in the negotiations. Moniz said the fact that both he and Iran's energy secretary attended MIT helped things. Also, he said, there were plenty of times that he thought a deal would never get done.

How did negotiators get past that? Melissa asked.

"Sometimes its a way of how a particular issue is expressed in terms of is it a question of limits on capacity of certain technologies or is a limit of production rates, and these small differences can make a very large difference," he said. "Because let's face it, we have one agreement but we may have emphasized different parts of it in our narratives."

We'll post audio of Melissa's conversation with Moniz later on today at the top of this post.