Accessibility links
Get Ready For The Third Installment In The Lunar Eclipse Tetrad : The Two-Way Weather permitting, a "blood moon" eclipse — the penultimate in a four-eclipse cycle — can be seen in its totality by those living on the U.S West Coast.

Get Ready For The Third Installment In The Lunar Eclipse Tetrad

Get Ready For The Third Installment In The Lunar Eclipse Tetrad 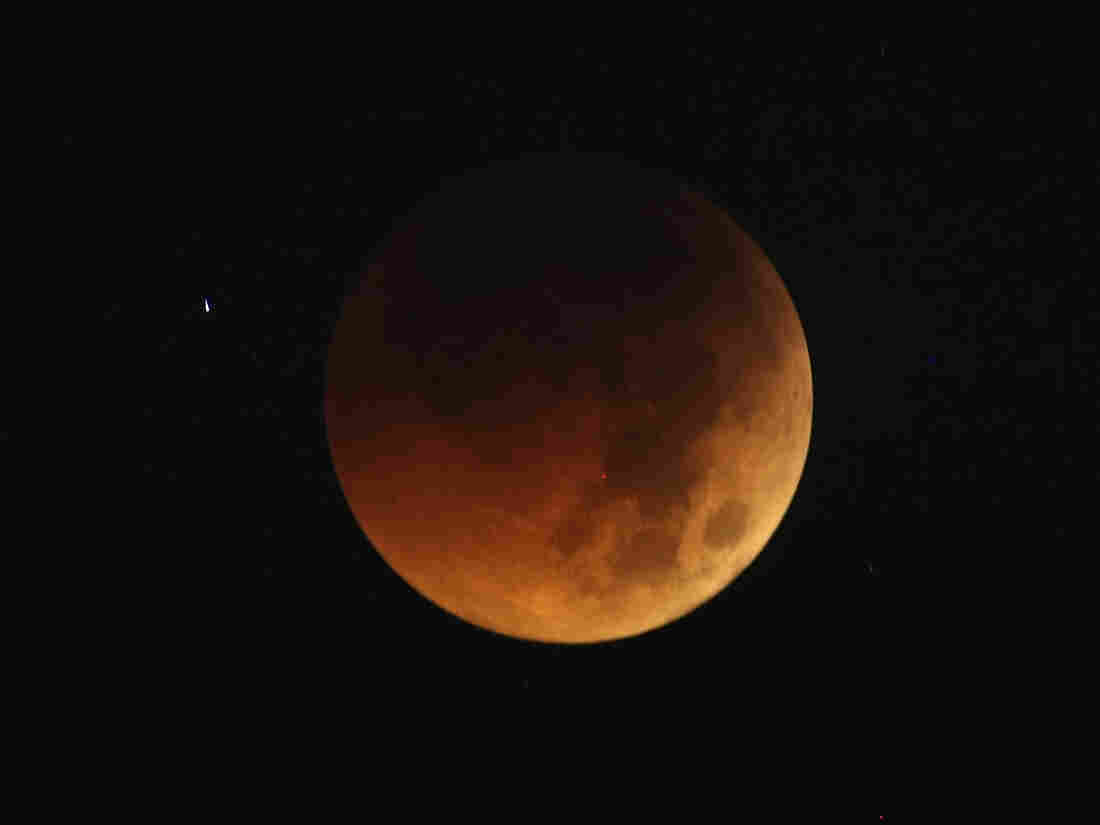 The moon exhibits a deep orange glow as the Earth casts its shadow in a total lunar eclipse as seen in Manila, Philippines, before dawn Thursday in a June 2011 eclipse. Bullit Marquez/AP hide caption 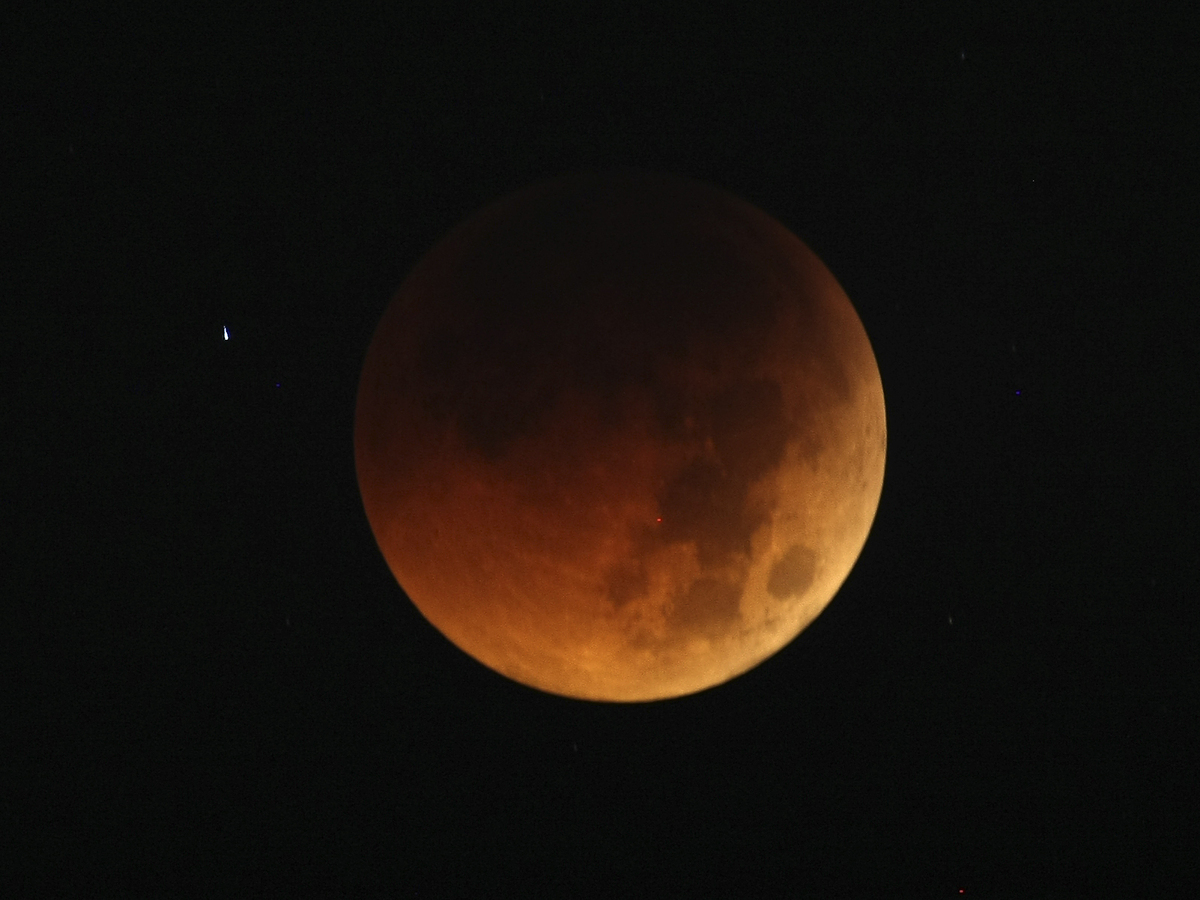 The moon exhibits a deep orange glow as the Earth casts its shadow in a total lunar eclipse as seen in Manila, Philippines, before dawn Thursday in a June 2011 eclipse.

North Americans could get a glimpse of the Earth shadowing the moon (very) early Saturday — the third in a series of four lunar eclipses that began nearly a year ago. But only those on the West Coast, in the Pacific or Asia will have a chance at seeing the full show.

Like the previous three in the tetrad, as the four-eclipse cycle is known, this one too will be a "blood moon," thanks to Rayleigh scattering.

In Washington, D.C., for example, the penumbral eclipse — a noticeable darkening of the moon's face — will begin sometime at 5:35 a.m. EDT, according to Sky and Telescope magazine. A partial eclipse will begin about 40 minutes later, but the moon will set before totality.

For the West Coast, however, the same progression begins at 2:35 a.m. PDT. The total eclipse starts just before 5 a.m. PDT.

Your ability to see any of it, of course, is subject to the weather. And, for exact times for your location, you should go to the U.S. Naval Observatory's Lunar Eclipse Computer, here.

The first eclipse in the current tetrad was on April 15 and the second occurred on Oct. 8. If you miss Saturday's eclipse, you can try for the final installment, on Sept. 28.

If you're a little fuzzy on the details on the celestial mechanics involved in a lunar eclipse, we offer this reprise of NPR's Adam Cole explaining it in song form. (Ignore the times he mentions, as they are a reference to last April's eclipse. Enjoy the rest though.)