Accessibility links
In Kentucky, Rescuers Scramble To Reach People Trapped By Flash Floods : The Two-Way Heavy rains on Thursday and Friday in the state triggered flooding, forcing the evacuation of hundreds of people. 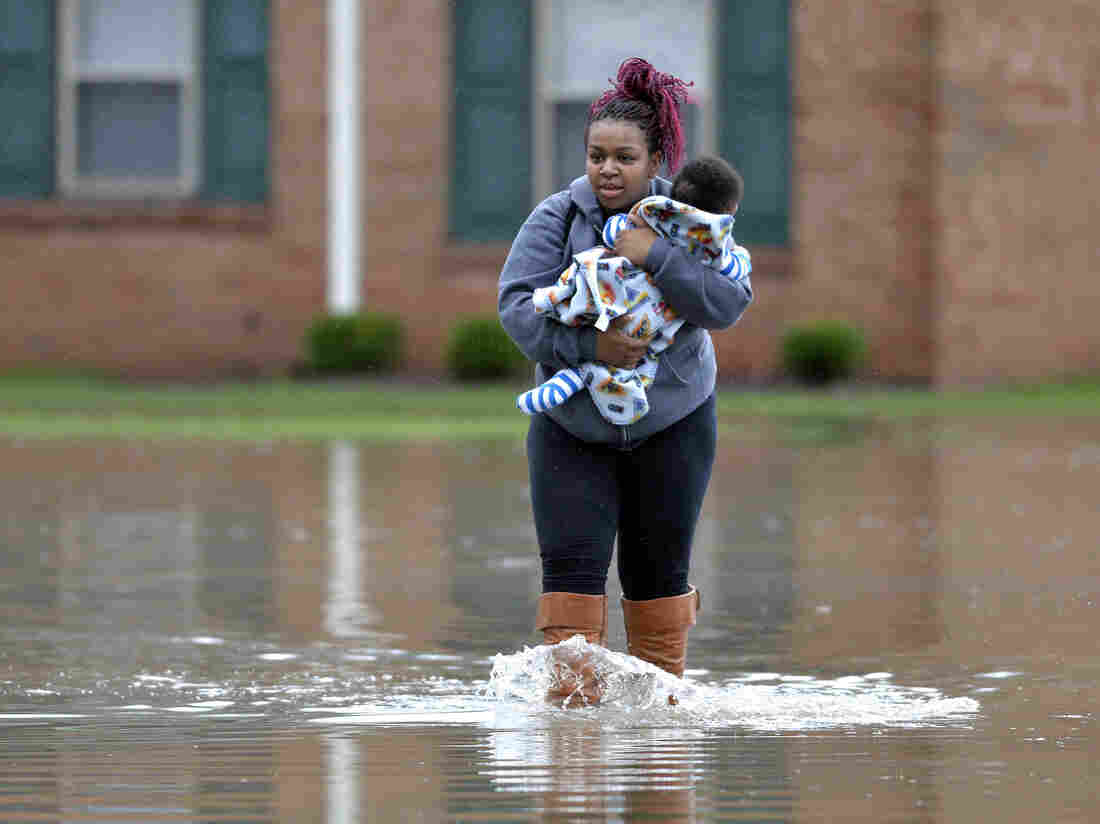 Simone Wester and her 7-month old son Jeremiah walk through the flood waters outside her apartment building at the Guardian Court Apartments in Louisville, Kentucky, on Friday. Timothy D. Easley/AP hide caption 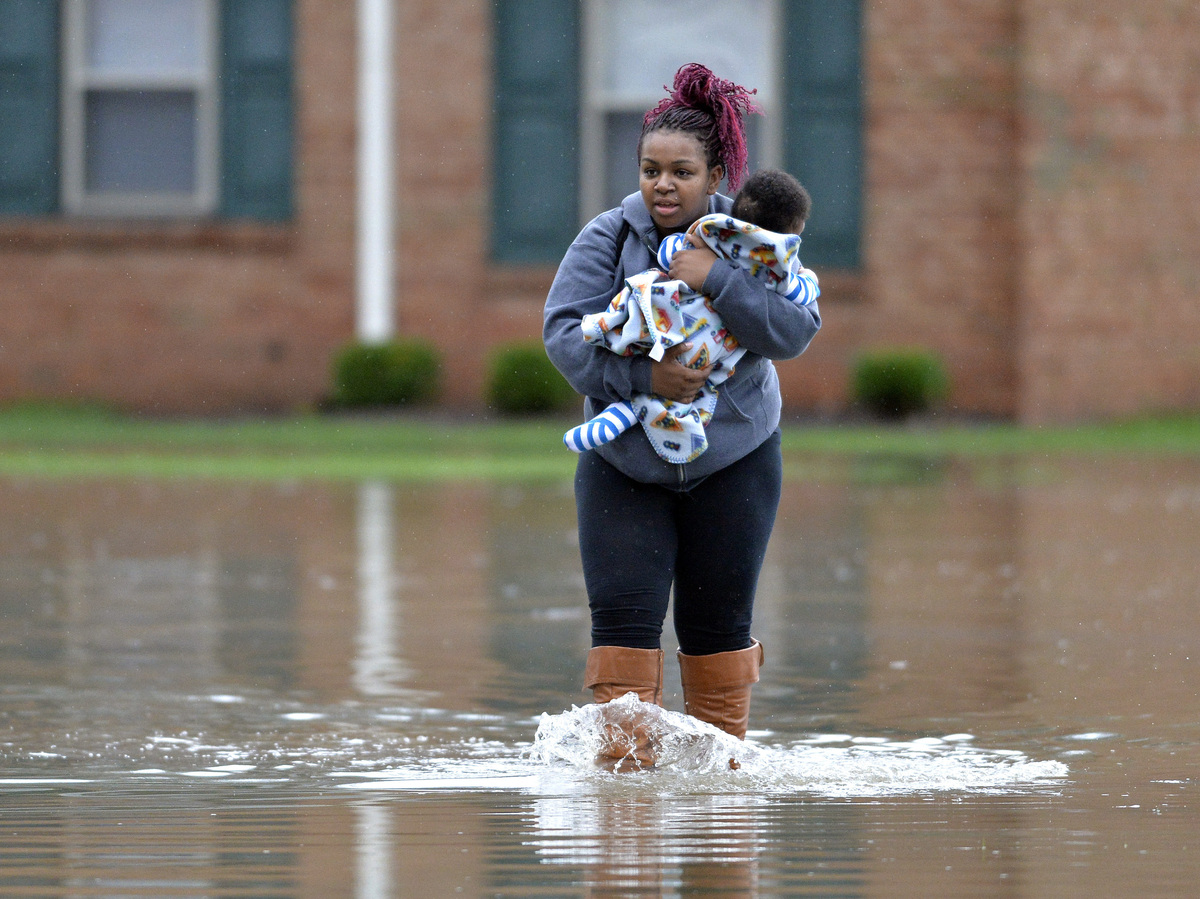 Simone Wester and her 7-month old son Jeremiah walk through the flood waters outside her apartment building at the Guardian Court Apartments in Louisville, Kentucky, on Friday.

Rescuers in north and central Kentucky were trying to reach people trapped by a sudden flash flood that followed torrential downpours on Thursday and Friday.

In Lee County, about 50 miles southeast of Lexington, authorities were searching for a mother and daughter swept away as rescue workers were trying to reach them, The Associated Press reports. It was one of about 160 rescues prompted by the heavy rainfall, the AP says.

The Courier-Journal reports on Donna Whitehouse, 54, who had just put away groceries she'd purchased for Easter dinner "when she noticed water coming in under her door."

"She forgot about the carrot cake and ham to feed her children and grandchildren, grabbed three plastic bags and filled them with spare clothes and medicine, and with her son, unplugged electronics and headed to the building's second floor to await rescuers.

"'Everything got left behind,' she said quietly, her shoulders hunched in an oversized coat as she sat on a cot in a Red Cross shelter at Broadbent Arena at the State Fairgrounds. 'It's a disaster. It's just something you can't help.'"

"As rain pushed through parts of the South and Midwest, severe thunderstorms were also blamed for the death of a woman who was camping with her family at Natural Bridge State Resort Park in eastern Kentucky.

"Meanwhile, thousands of people in south central Kansas lost power amid winds that reached nearly 90 mph downed trees and damaged buildings overnight and early Friday, and a possible tornado was being investigated in Oklahoma."