Accessibility links
Is It Time To Resurrect The Brontosaurus? : The Two-Way More than a century ago, the Brontosaurus was deemed too similar to the dinosaur Apatosaurus. Recent research finds there is enough difference between the two creatures after all.

Is It Time To Resurrect The Brontosaurus?

Is It Time To Resurrect The Brontosaurus? 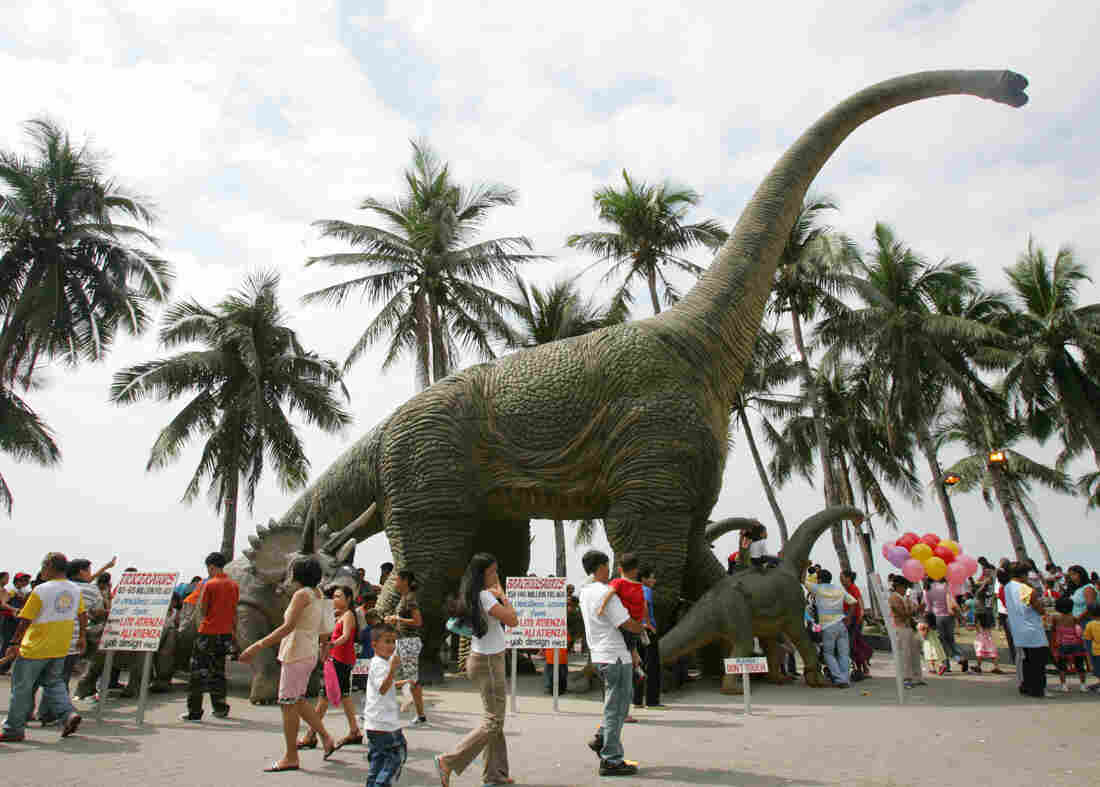 A life-size replica of a Brontosaurus towers above park goers on Christmas day in 2006 in Manila, Philippines. Pat Roque/AP hide caption 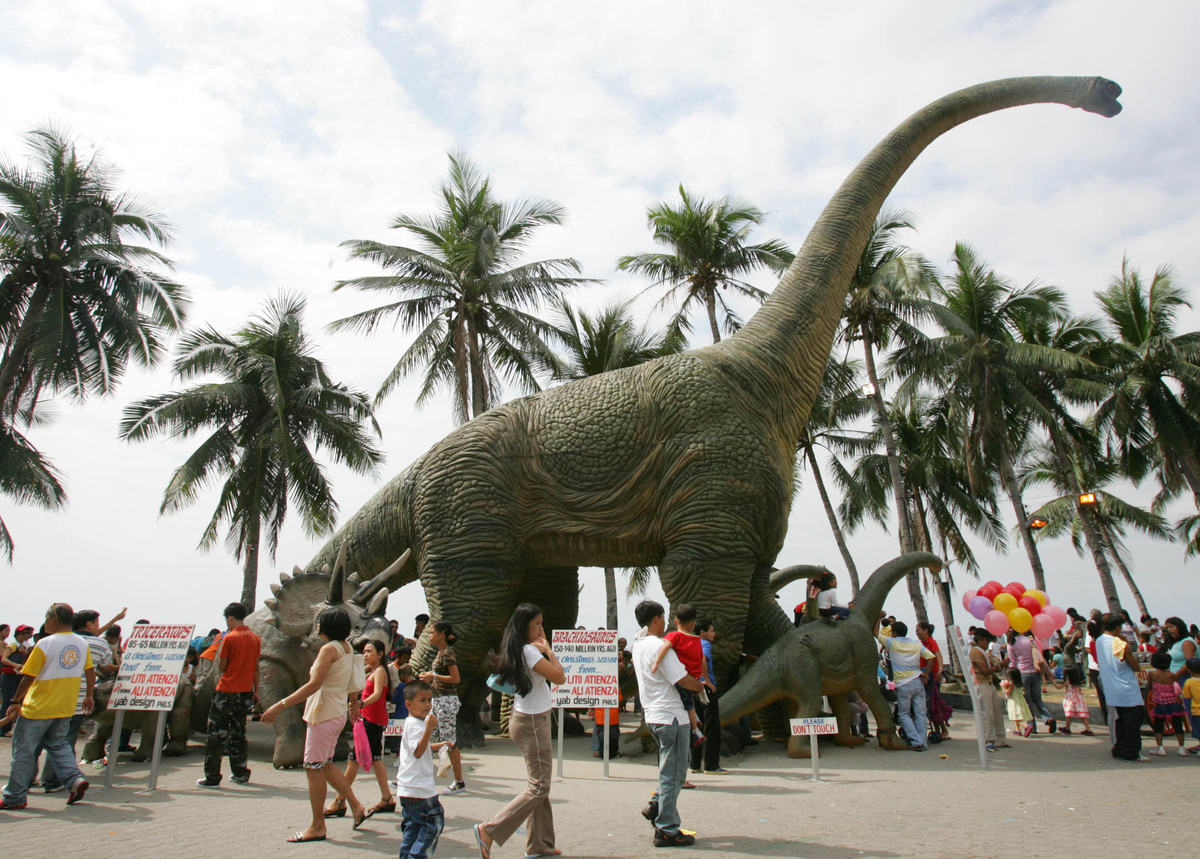 A life-size replica of a Brontosaurus towers above park goers on Christmas day in 2006 in Manila, Philippines.

The Brontosaurus may be back.

Not that it ever really went away, at least not in the minds of generations of people who grew up watching Fred Flintstone devour one of his beloved Brontosaurus burgers.

But if you're a scientist, you have to stick to the rules, and in 1903, the name Brontosaurus was struck from the record. That was when paleontologist Elmer Riggs deemed that the Brontosaurus was really just a different dinosaur, Apatosaurus.

Both were long-necked and long-tailed creatures, among the largest to roam the Earth in their time. But now an extensive study published online in the journal PeerJ, finds that there are considerable differences between the two — enough, the researchers say, to conclude that they belong to separate groups.

A team of paleontologists spent five years researching and analyzing hundreds of different physical features of dinosaur specimens. The study's lead author, Emanuel Tschopp from the New University of Lisbon in Portugal, says, "Generally, the Brontosaurus can be distinguished from Apatosaurus most easily by its neck, which is higher and less wide," according to Scientific American.

Tschopp tells the magazine that while both dinosaurs are massive and robust animals, Apatosaurus is "even more extreme than Brontosaurus."

A name change is a normal part of the constant updates and revisions associated with identifying and naming new species, according to The Guardian. The newspaper says evolution doesn't happen in big leaps and it takes time for changes and differences to accumulate, but eventually populations are different enough that they're recognized as separate entities and given a name.

Or, in the case of the Brontosaurus — getting back its name. As NPR reported in 2012, the tussle over naming the dinosaur goes back to the so-called Bone Wars of the late 1800s, when rival fossil hunters raced to name new dinosaurs. Othniel Charles Marsh led a team that found the skeletons of two creatures.

The first was found in 1877 and named Apatosaurus. But, as the story says, "it was missing a skull, so in 1883 when Marsh published a reconstruction of his Apatosaurus, Lamanna says he used the head of another dinosaur — thought to be a Camarasaurus — to complete the skeleton."

The second dinosaur, found in 1879, was named Brontosaurus, or "thunder lizard."

But then, in 1903, Elmer Riggs said that classification was wrong. He based his premise on the number of sacrum bones (where the tail attaches to the spinal cord) of each dinosaur, according to Wired magazine. The Apatosaurus sacrum has three bones, while the Brontosaurus had five. Instead of being a different species, Riggs contended the Brontosaurus was a younger version of the Apatosaurus.

In such cases, scientific rules state that the oldest name — in this case Apatosaurus — takes precedent.

As Smithsonian notes, "The fate of Brontosaurus now relies upon whether other paleontologists will be able to replicate the results, as well as what those researchers think about the threshold for when dinosaurs merit different names."

It's taken more than 100 years, but the Brontosaurus may be on the road to redemption.