Accessibility links
Ferguson Voters Elect 2 Black Members To City Council : The Two-Way In a first, the six-member City Council in Ferguson, Mo., is now half white and half black. Voter turnout was reported at 30 percent in the majority-black community. 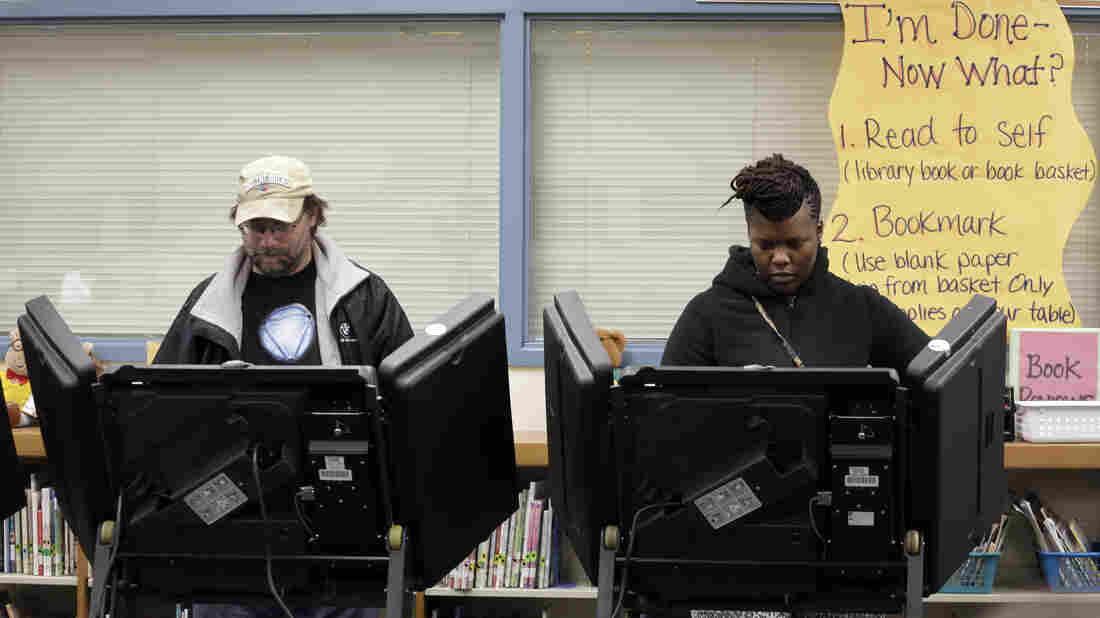 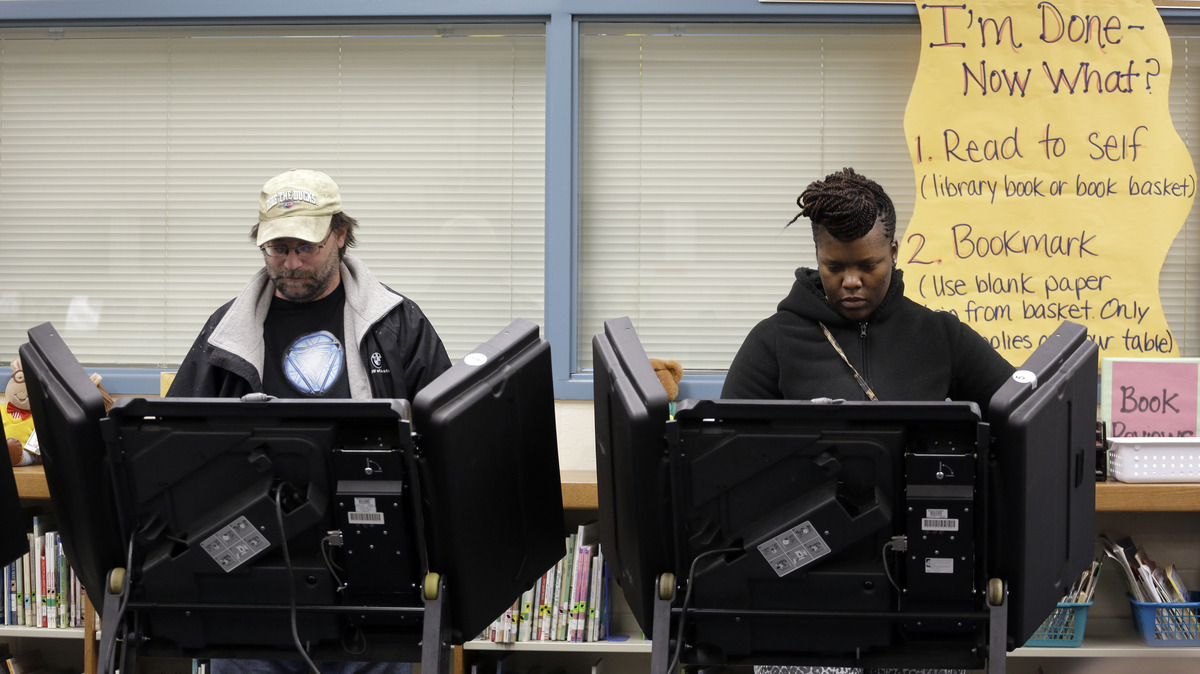 In a first, the City Council in Ferguson, Mo., is now half white and half black, after voters added two more African-Americans to the six-member group. Voter turnout was reported at 30 percent in the majority-black community.

"The high turnout came despite brutal weather," The Associated Press says. "Strong storms, including lightning and heavy rain, tore through the region for several hours before noon."

When a Ferguson police officer shot and killed unarmed Michael Brown, 18, last August, the small number of blacks in Ferguson's police department, City Council and other prominent roles was widely seen as contributing to the frustration and unrest that followed.

"We knocked on doors. We were all about community outreach and staying positive," Bell tells St. Louis Public Radio. "And it brought out the highest turnout in the history of Ward 3. That's what I'm most proud about — that we reached out to citizens. Residents who have not felt a part of the process."

Fletcher, a former mayor of Ferguson, tells St. Louis Public Radio: "I think we made tremendous progress tonight. I mean, we've moved like a century's worth of past history in one night."

"The high turnout did not favor two candidates supported by protesters: Bob Hudgins and Lee Smith.

"Hudgins, a self-identified protester and independent journalist, who ran in the 2nd Ward, lost to former Mayor Brian Fletcher, founder of the 'I love Ferguson' campaign. Smith, a retiree, ran against Wesley Bell in the 3rd Ward. Bell is a municipal court judge in Velda City."

Like Ferguson, Velda City reportedly relies on court fees to supply a large portion of its budget.