Accessibility links
'My Heart Was Broken,' Says Father Of S.C. Man Slain By Police : The Two-Way Police Officer Michael Slager now faces a murder charge in the death of Walter Scott, who was unarmed and running away from Slager when he was shot multiple times.

'My Heart Was Broken,' Says Father Of S.C. Man Slain By Police

'My Heart Was Broken,' Says Father Of S.C. Man Slain By Police

Editor's note on April 24: An image from the video taken by a witness has been removed from this post because the copyright holder has rescinded the permission he granted to the AP to distribute that content.

The police officer who fatally shot his son "looked like he was trying to kill a deer running through the woods," says Walter Scott Sr. That officer, Michael Slager, now faces a murder charge in the death of Walter Scott, who was unarmed and running away from Slager when he was shot multiple times.

The deadly encounter in North Charleston, S.C., between Slager, who is white, and Scott, who was black, has reignited discussions over police use of force, particularly in minority communities.

After the shooting this past weekend, Slager's initial explanation alleged that Scott, 50, had attempted to take his Taser. But then a bystander's cellphone video emerged, showing that at the end of the encounter, Slager fired eight rounds at Scott, who was running away from him in an open field.

The video was posted by The Post and Courier newspaper. We're including it here, with the caution that it clearly shows a stricken Scott falling to the ground after shots are fired. The video shows that Slager handcuffed the man on the ground.

When asked whether first aid had been administered to Scott, North Charleston Police Chief Eddie Driggers told the audience of reporters and members of the public that he wanted to speak from the heart about the incident, and by what he saw in the video.

"I was sickened by what I saw. And I have not watched it since," Driggers said.

He added that at the end of the video, he saw an officer remove Scott's shirt, seemingly to employ potentially lifesaving procedures. But he also acknowledged that he isn't sure whether first aid was administered.

Mayor Keith Summey later added, "Not every officer is CPR-certified," before ending what had by then become a raucous news conference. 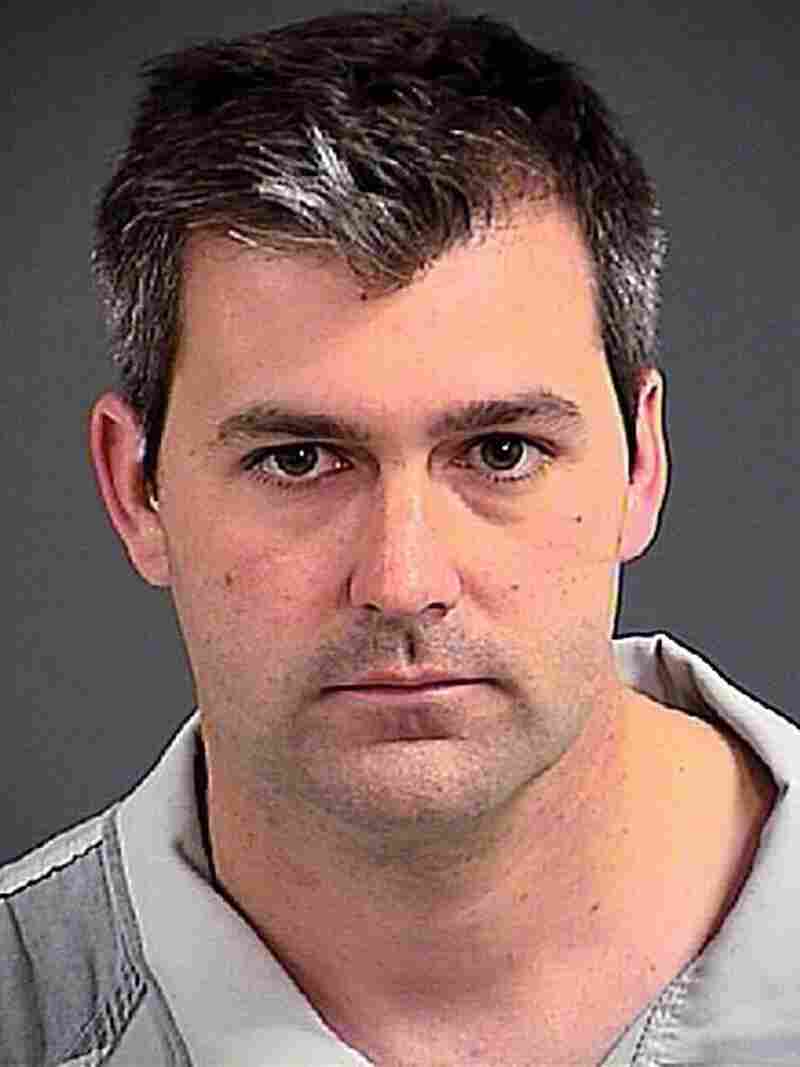 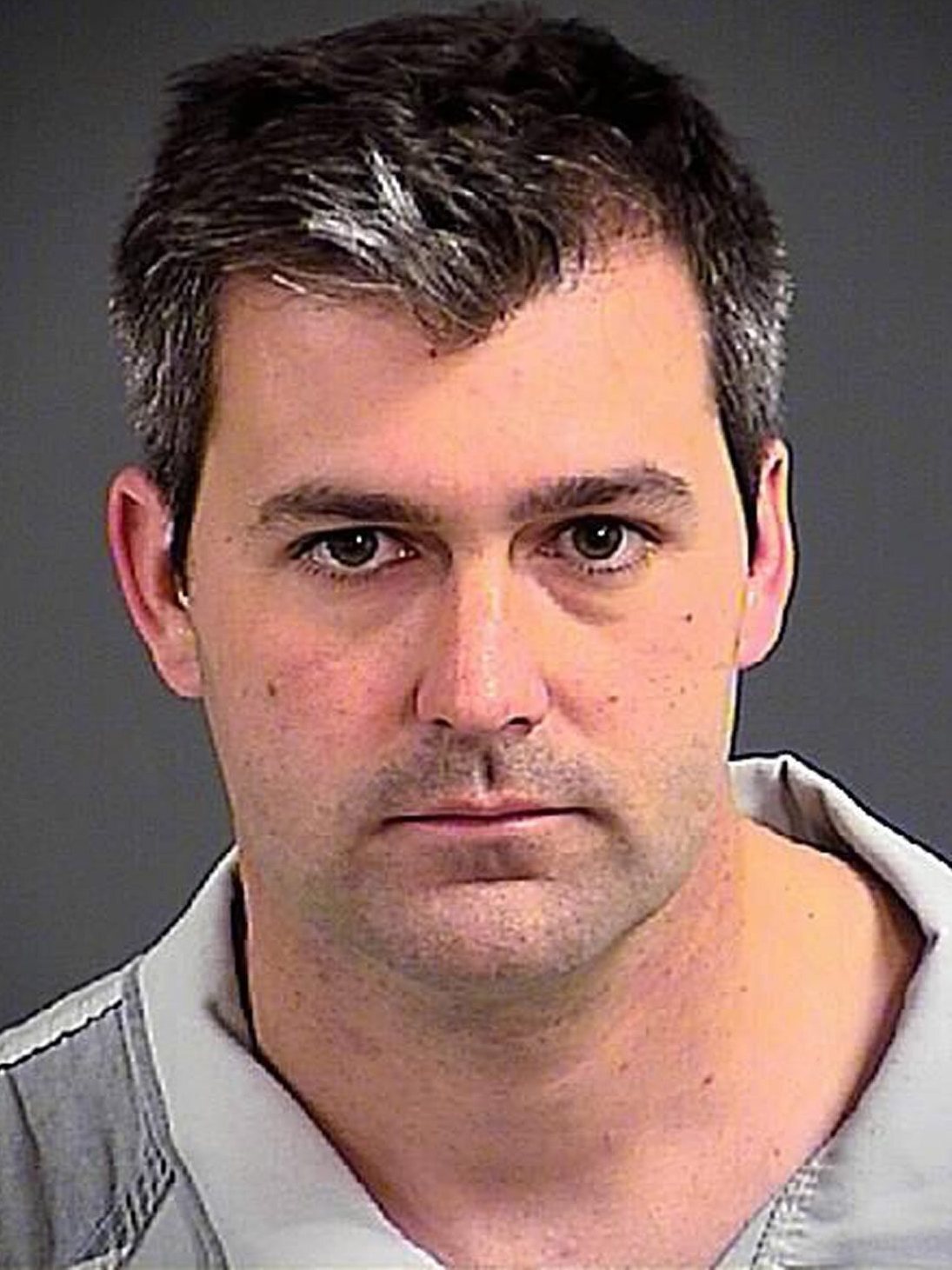 Summey also said the city plans to get new body cameras for all of its officers.

Michael Slager, the police officer charged with murder in the shooting death of Walter Scott has been fired, the New York Times reports.

It all apparently started after Scott was pulled over for an alleged broken tail light. The FBI says its South Carolina office has opened an investigation, which will complement one being run by state police.

We'll be reporting more on this story later Wednesday: A Black Lives Matter demonstration is currently underway in North Charleston, with protesters calling for justice in the case.

Describing his reaction to the video on NBC's Today Show, Scott also said that his son may have tried to flee because he owed child support. And he said that if it weren't for the video evidence, the true circumstances "would have never come to light. They would have swept it under the rug, like they did with many others."

He added, "When I saw it, I fell to my feet and my heart was broken."

The video's contradiction of Slager's version of events prompted murder charges against Slager, 33. Announcing the move Tuesday, North Charleston Mayor Keith Summey said, "When you're wrong, you're wrong. When you make a bad decision, don't care if you're behind the shield or a citizen on the street, you have to live with that decision."

Citing its analysis of police shootings, The State newspaper says, "In South Carolina, it's rare that an officer who fires in the line of duty would be charged at all, much less convicted."

The murder charge against Slager is "unprecedented" in recent memory, says the newspaper, which recently published its review of more than 200 officer-involved shootings from 2010-2014.

Walter Scott was reportedly the subject of an arrest warrant issued by a Family Court, according to The Post and Courier. The newspaper says he had repeatedly landed in trouble over child support payments. It adds that Scott, a father of four, "had just proposed to his longtime girlfriend a week before his death."

Scott, who had previously been in the Coast Guard, "had gotten a job with a trucking supply company about nine months ago," The Washington Post reports. The newspaper says Scott had recently bought a used Mercedes and was driving to an auto parts store when he was pulled over.

Responding to the shooting, Sen. Tim Scott issued a statement saying, "The horrific video that came to light yesterday is deeply troubling. It is clear the killing of Walter Scott was unnecessary and avoidable, and my prayers are with the Scott family as they go through this ordeal."

In another recent police-involved shooting in South Carolina that was caught on video, a white officer was seen shooting a black motorist last September as the man tried to retrieve his ID, which the officer had requested.

The motorist survived; the highway patrolman, Sean Groubert, was fired and arrested. He is expected to face trial this year on a felony charge of aggravated assault and battery.