Accessibility links
John Hancock Hopes You'll Trade Activity Data For Insurance Discounts : The Two-Way Life insurance customers will receive discounts each year based on their activity levels. The practice is used in Australia, Europe, Singapore and South Africa. But privacy experts are concerned. 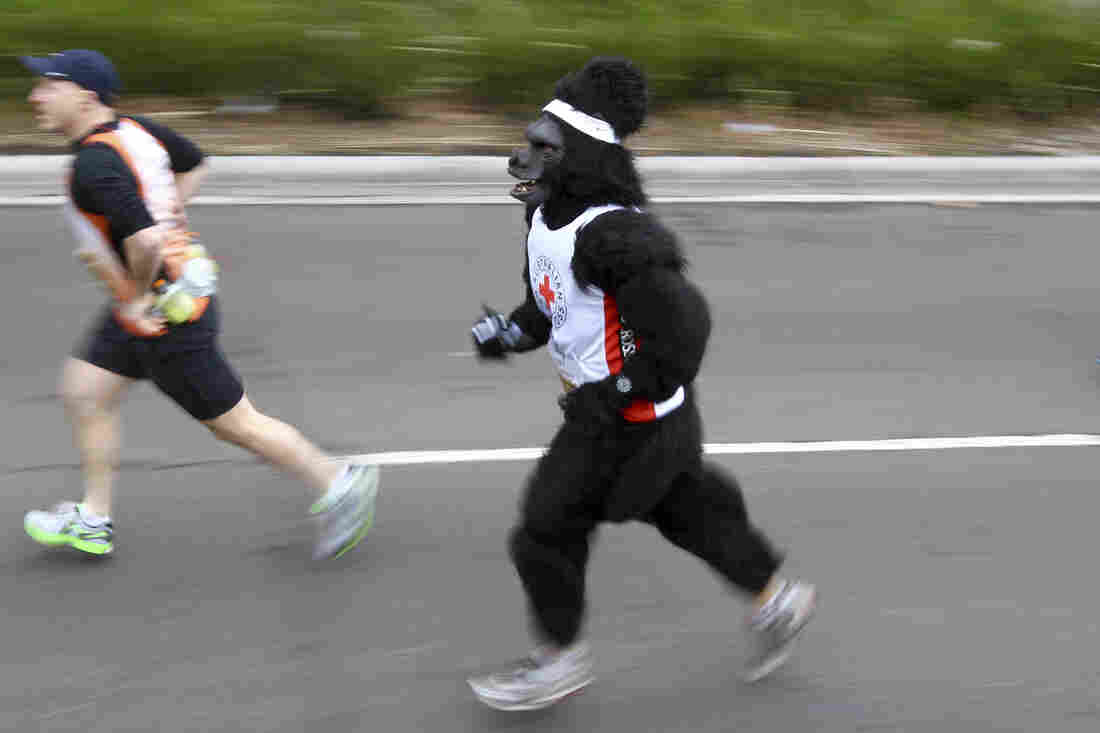 You don't need to run a marathon — or wear a gorilla suit — to get a discount on John Hancock's new life insurance program. But at least one of them may help. Rick Rycroft/AP hide caption 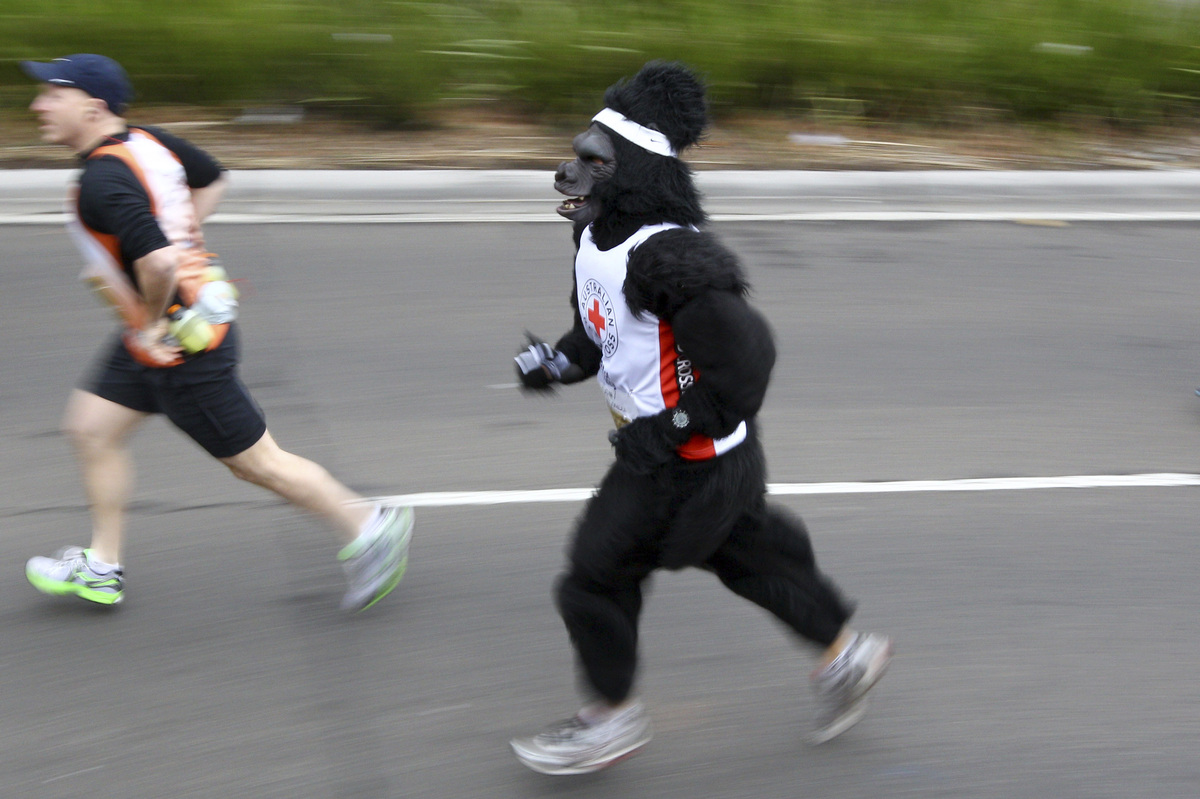 You don't need to run a marathon — or wear a gorilla suit — to get a discount on John Hancock's new life insurance program. But at least one of them may help.

Would you lead a more active lifestyle if it meant lower life insurance premiums? Insurer John Hancock and Vitality, a global wellness firm, are hoping the answer is yes. But there is a condition: They get to track your activity.

The practice is already employed in Australia, Europe, Singapore and South Africa, where Vitality is based.

The companies announced the new plan Wednesday and posted a video on John Hancock's website.

Here's how the program works: Once you sign up, John Hancock sends you a Fitbit monitor as one way to track your fitness. You earn Vitality Points for your activities. As you accumulate points, your status rises — from bronze to silver to gold to platinum. The higher your status, the more you save each year on your life insurance premiums. The points also allow you benefits at stores like REI and Whole Foods as well as hotel chains like Hyatt.

The New York Times, which first reported on the announcement, notes that the most active customers can earn discounts of up to 15 percent on their premiums. The company in a news release says:

"For example, a 45 year old couple (of average health) buying Protection UL with Vitality life insurance policies of $500,000 each could potentially save more than $25,000 on their premiums by the time they reach 85, with additional savings if they live longer, assuming they reach gold status in all years."

But as The Times notes, if customers don't maintain their gold status for any reason, the premiums could increase by 1.1 percent to 1.6 percent each year. Those who reach platinum status will see premiums fall by about 0.30 percent each year, the newspaper adds.

NPR's Chris Arnold tells our Newscast unit that privacy advocates worry that the plan will raise insurance costs for lower-income people juggling two jobs who don't have as much time to get to the gym.

John Hancock and Vitality say the information collected won't be sold and would only be shared with those entities that administer the program, The Times reported, but some of it could be used to create new insurance products.

And for those uncomfortable with sharing some data, Michael Doughty, John Hancock's president, told The Times: "You do not have to send us any data you are not comfortable with. The trade-off is you won't get points for that."

The Times adds that the company hopes the program revitalizes life insurance sales in the U.S., which have stagnated for decades.

The concept of incentivizing behavior, while new in life insurance in the U.S., is not new to other sectors of the insurance industry. As Julie Rovner, who is with our partner Kaiser Health News, reported last December, wellness programs already exist in many workplaces. And, she reported, "There's no real evidence as to whether these plans actually improve the health of employees." (You can see some of NPR's other coverage of wellness programs here and here.)

In the auto industry, Progressive offers its customers a mileage-based tracking device called Snapshot; those who opt-in can save up to 30 percent on their premiums. But as CNET notes, "not just how many miles you drive but also how you're driving them could affect your insurance rates."