Accessibility links
Poll: Obama More Popular Than Fidel And Raúl Castro In Cuba : The Two-Way The poll, based on 1,200 in-person interviews, found that while Cubans are optimistic about future change, they are unhappy about the present. 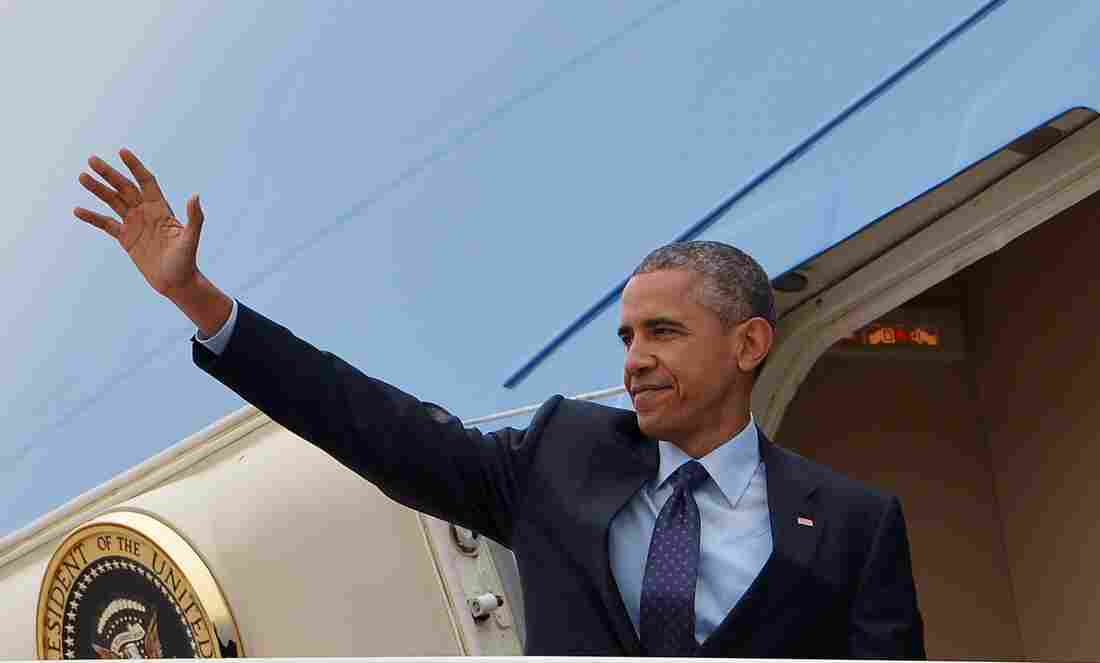 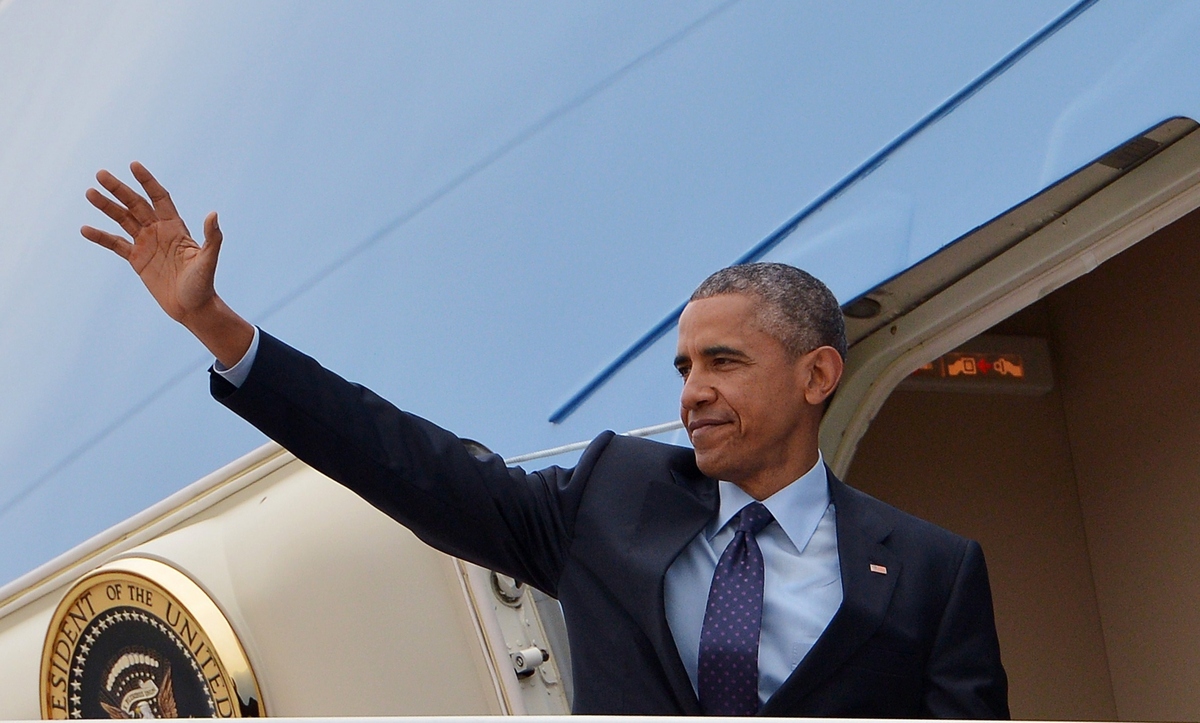 President Obama waves from Air Force One before departing from Andrews Air Force Base in Maryland on Wednesday.

President Obama is more popular among Cuban citizens in Cuba than either President Raúl Castro or former President Fidel Castro.

That's according to a new poll based on 1,200 in-person interviews conducted by Bendixen & Amandi and commissioned by Fusion and Univision.

The poll also found that Cubans are optimistic that a new, warmer relationship with the United States will lead to political and economic change on the island. Cubans also expressed widespread dissatisfaction with with the current situation on the island.

Here are some other interesting findings:

-- 70 percent of respondents said they would like to start their own businesses.

-- 79 percent of respondents said they were "not too satisfied" or "not all satisfied" with the economic system in Cuba.

-- 72 percent said they were satisfied with their educational system.

-- 68 percent said they were satisfied with the island's healthcare system.

-- 49 percent said they were not satisfied with the political system because of the "lack of freedom." Twenty-six percent cited a "lack of development."

-- 97 percent said normalization of diplomatic relations with the U.S. is "good for Cuba."

-- 64 percent said they think that new relationship will change the economic system.

-- 37 percent said it will change the political system.

-- 54 percent said the political system will remain the same.

If you're wondering how Bendixen & Amandi got their pollsters into Cuba, the Washington Post has a story about it.

Essentially, they did it without the permission of the Cuban government, using trained Cuban residents.

"Before taking the survey, interviewers assured respondents that individual answers would remain confidential and that their answers would be analyzed only in the aggregate," the Post reports.