Accessibility links
Is The NRA Really Banning Guns At Its Convention? : The Two-Way Attendees with permits can carry guns at the convention hall in Nashville, Tenn., but not at an arena across the street. Firing pins will be removed from display guns — just like at other gun shows.

Is The NRA Really Banning Guns At Its Convention?

Is The NRA Really Banning Guns At Its Convention? 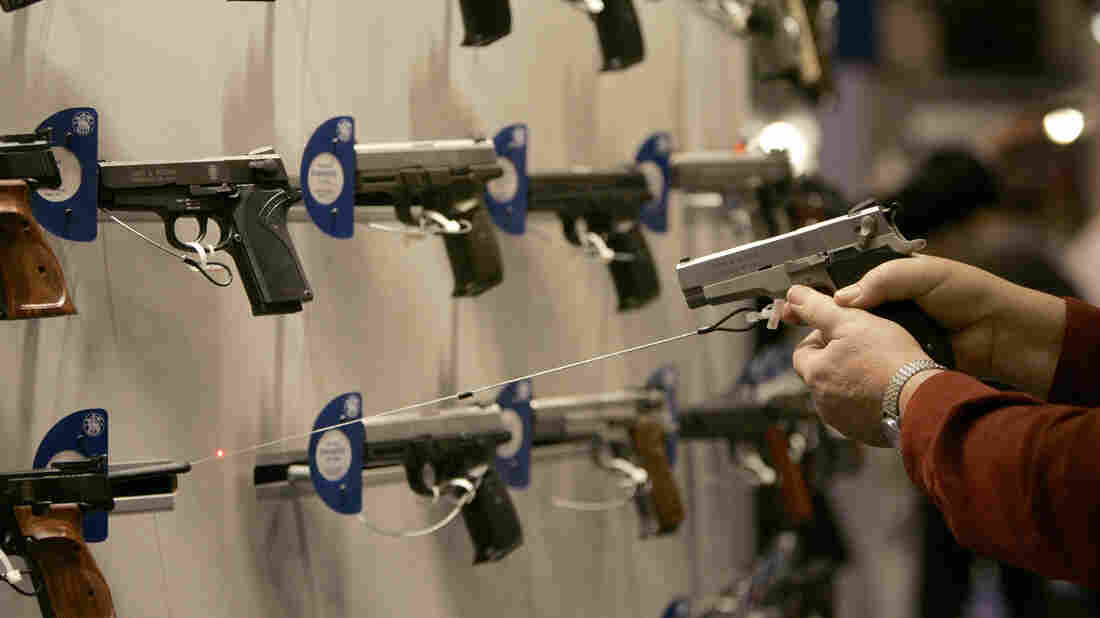 A woman points a handgun with a laser sight at a wall display of other guns during the 2007 National Rifle Association convention in St. Louis. Jeff Roberson/AP hide caption 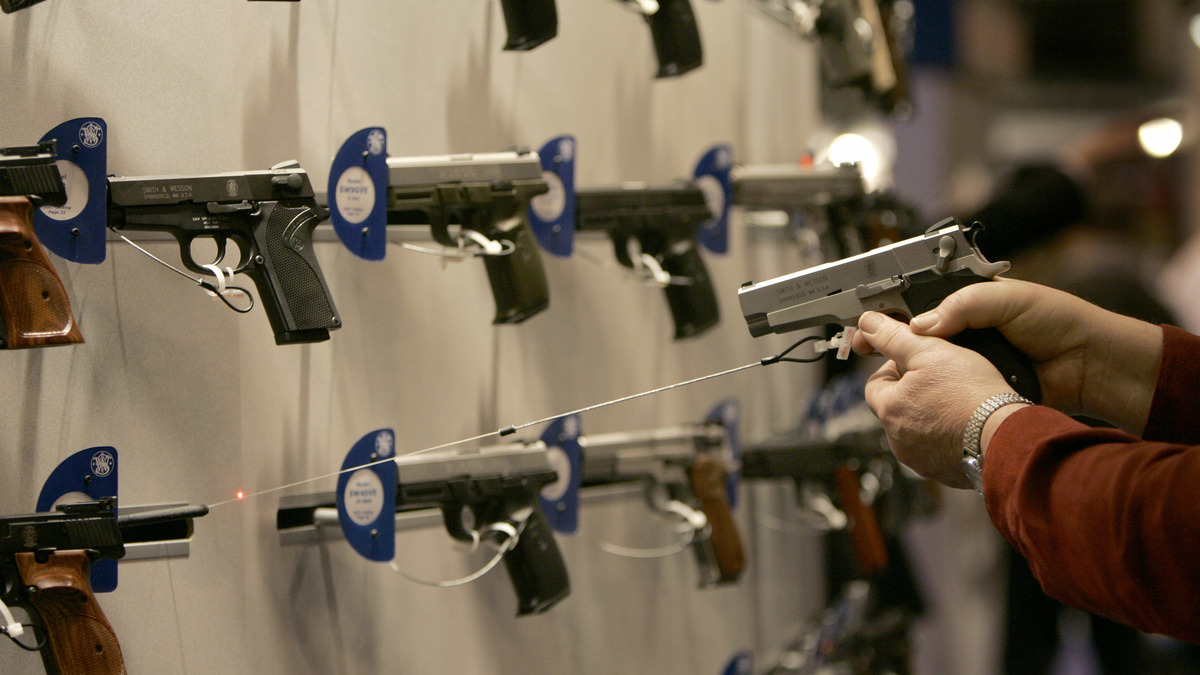 A woman points a handgun with a laser sight at a wall display of other guns during the 2007 National Rifle Association convention in St. Louis.

The National Rifle Association, which supports Second Amendment rights, is holding its annual convention in Nashville, Tenn., this weekend. So it came as a surprise to see headlines that said the expected 80,000 people attending the gun-rights group's convention will not be allowed to carry their firearms.

The truth, as it turns out, is more complicated.

As Blake Farmer of member station WPLN in Nashville tells our Newscast unit, one of the venues is enforcing its ban on guns. Here's more:

"[I]t's not unusual for meeting sites to restrict guns. In Nashville, those with carry permits are allowed in the convention hall, but not across the street in Bridgestone Arena, where the nightly concerts are held."

And, as Blake notes, display firearms on the exhibit floor at the NRA convention will have their firing pins removed — which is typical for such shows.

"The National Rifle Association holds an annual meeting every year in a different host city, and requires that attendees follow the federal, state, and local laws applicable in that city, like every major convention of every significant national group, ever.

"This year in Tennessee, that means that attendees can indeed carry firearms in the Music City Center with the proper license in accordance with Tennessee law. Bridgestone Arena prohibits the possession of firearms, and always has. Attendees to the concerts held there are not allowed to carry weapons according to these pre-existing laws."