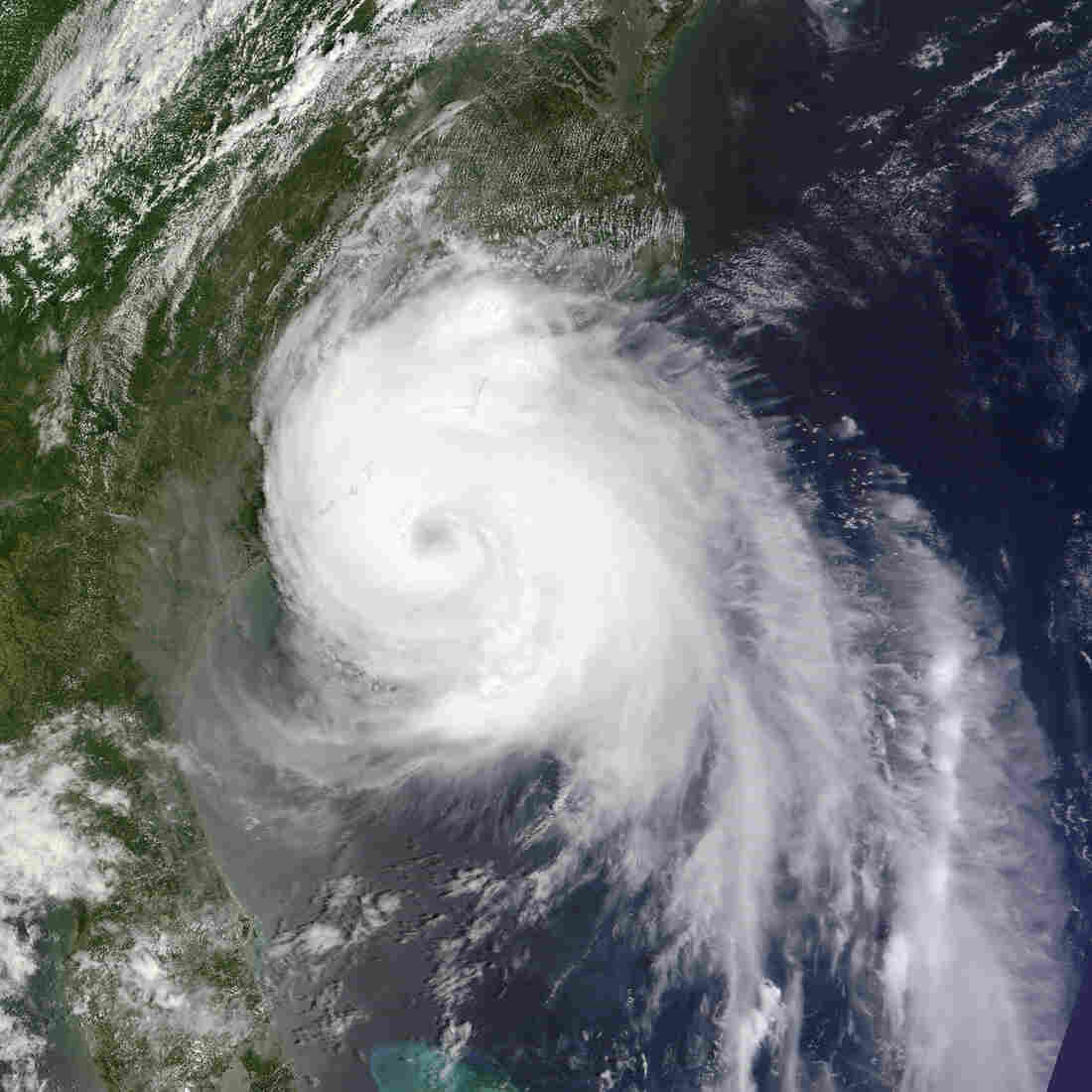 Hurricane Arthur, the first hurricane of the 2014 Atlantic season, as it nears landfall in the Carolinas. LANCE-MODIS/NASA hide caption 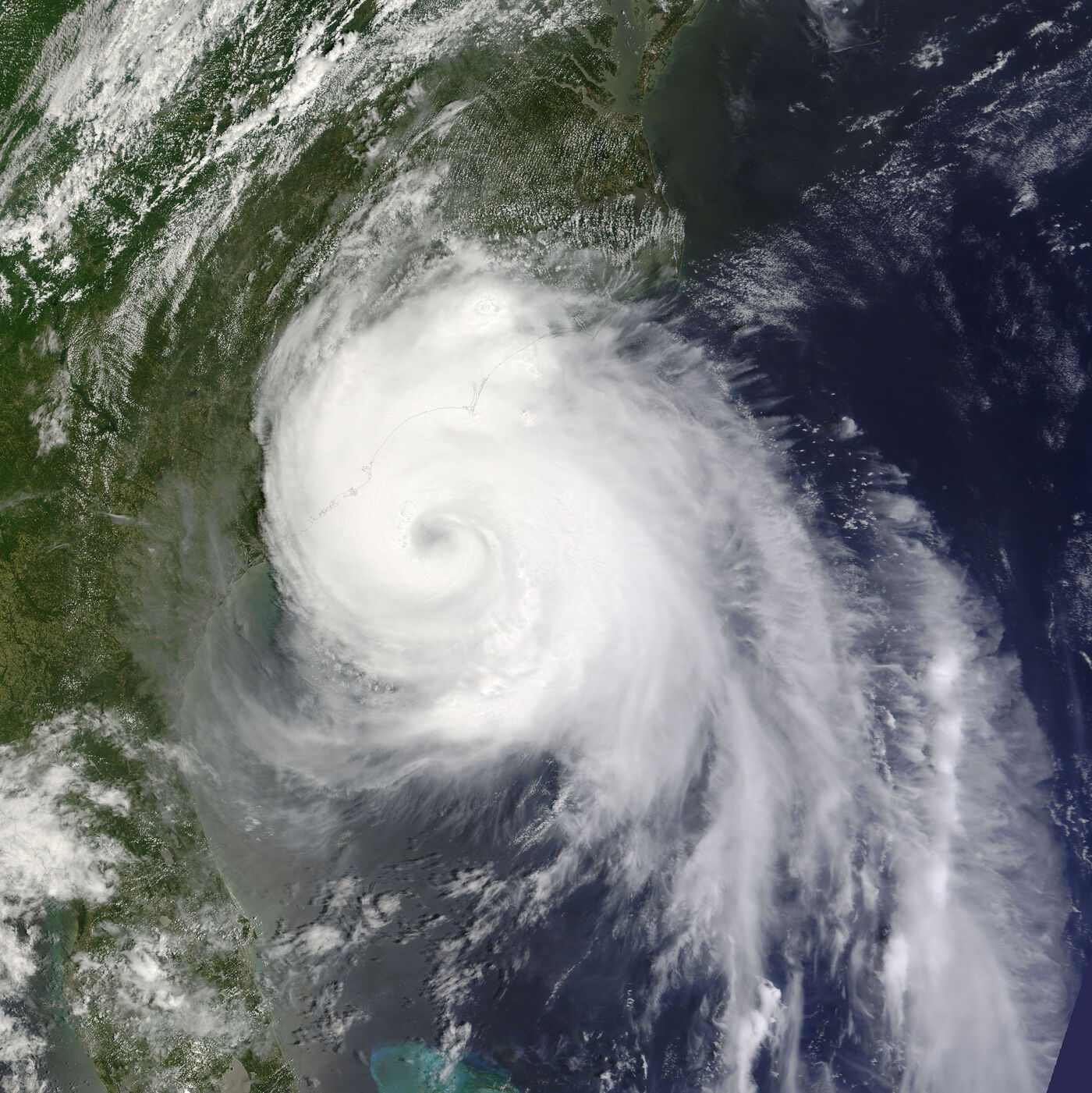 Hurricane Arthur, the first hurricane of the 2014 Atlantic season, as it nears landfall in the Carolinas.

Seven named storms, three hurricanes — one of them major.

That's the early prediction for the 2015 Atlantic basin hurricane season by Colorado State University's Department of Atmospheric Sciences. If the forecast pans out, it would be one of the quietest seasons in decades.

"We anticipate a below-average Atlantic basin hurricane season due to the combination of a high likelihood of at least a moderate El Niño event and a relatively cool tropical Atlantic," CSU forecasters Philip J. Klotzbach and William M. Gray write.

El Niño events, which occur once every three to seven years and reflect unusually warm sea-surface temperatures in the equatorial Pacific, tend to suppress tropical storm activity in the Atlantic.

"Based on current and projected climate signals, Atlantic basin tropical cyclone activity is forecast to be about 45% below the 1950-2014 long-term norm and about 50% below the recent 2005-2014 10-year norm," TSR forecasters Mark Saunders and Adam Lea, of the Deptartment of Space and Climate Physics at the U.K.'s University College London, write.

The National Oceanic and Atmospheric Administration issues its first seasonal forecast next month.

The median for hurricane seasons, which begin on June 1 and end on Nov. 20, for the period 1981-2010 has been 12 named storms, 6.5 hurricanes and two major storms, with an Accumulated Cyclone Energy, or ACE (which measures the total destructive wind and wave energy for named storms) of 92.

This year, CSU says the ACE for the season will clock in at just 40, while TSR is forecasting a somewhat more energetic season at 56.

The 2014 season actually produced eight storms, three hurricanes, including two that were major.

"In 1983, there were only four named storms, but one of them was Alicia, a Category 3 hurricane which clobbered the Houston-Galveston area.

"The 2010 season featured 12 hurricanes and 19 named storms, which tied 1995 for the third most named storms in any Atlantic season, at the time. But not a single hurricane, and only one tropical storm, made landfall in the U.S during that active season.

"In other words, a season can deliver many storms, but have little impact, or deliver few storms and have one or more hitting the U.S. coast with major impact."