Accessibility links
Thai Tourist Island Rocked By Car Bomb : The Two-Way The explosion in the southern tourist island of Samui wounded seven people. The government has blamed the activists opposed to the country's ruling junta. 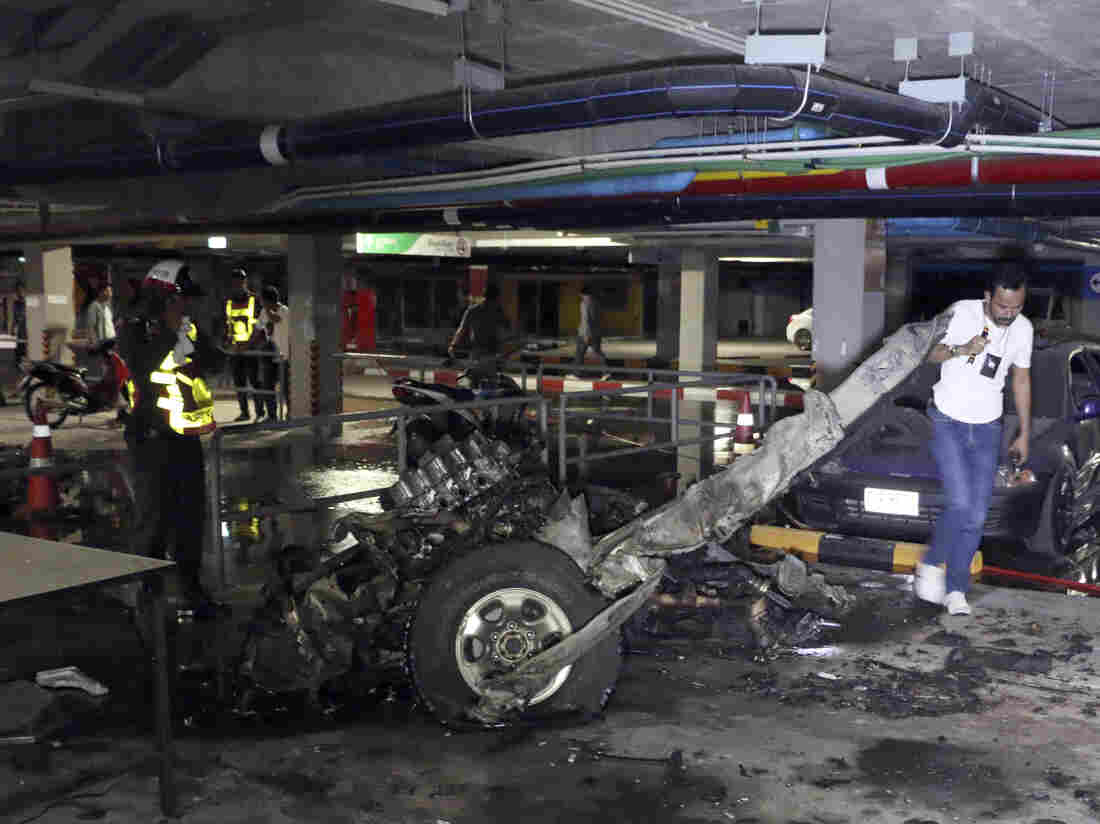 Thai officers examine the wreckage of a pickup truck after an explosion at Samui Island in Surat Thani province, Thailand. AP hide caption 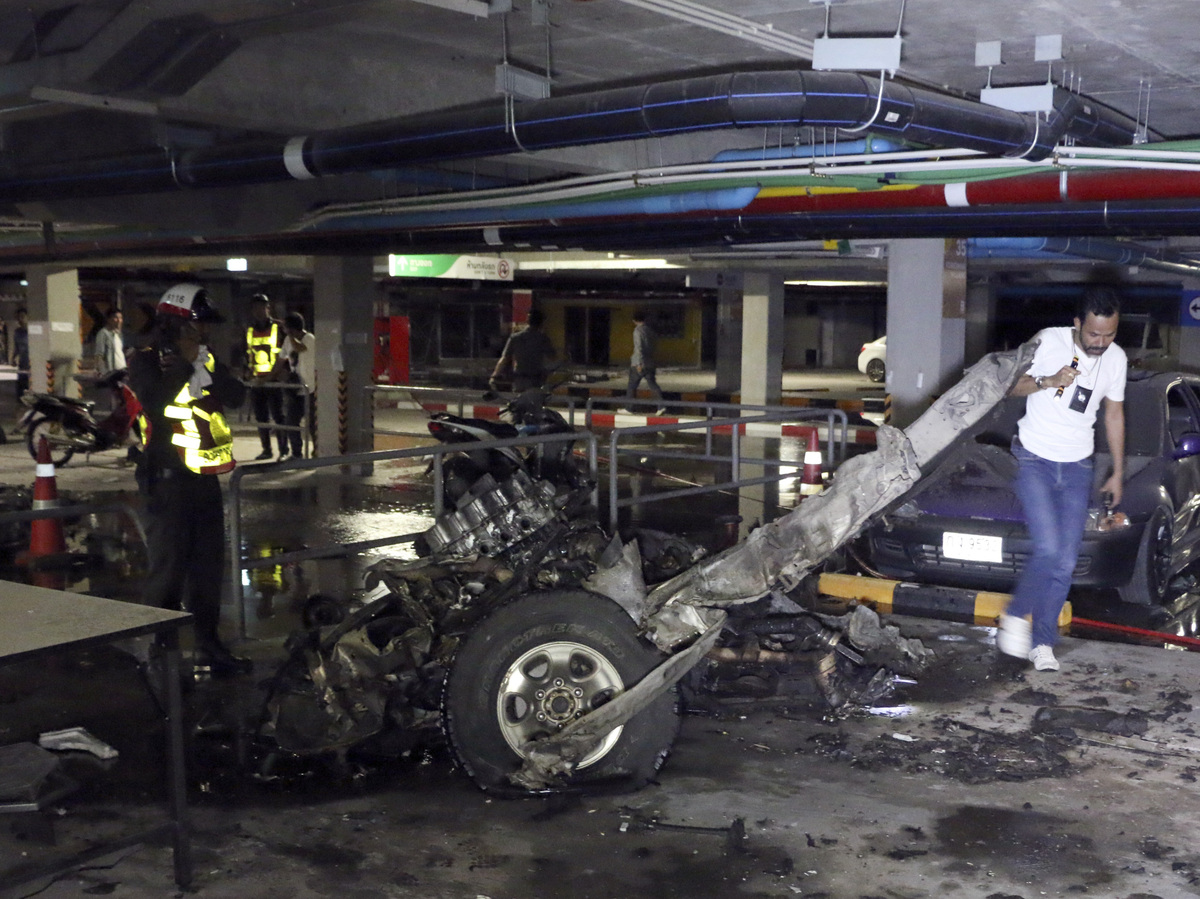 Thai officers examine the wreckage of a pickup truck after an explosion at Samui Island in Surat Thani province, Thailand.

A car bomb in Thailand's tourist island of Samui wounded seven people in an attack that authorities have suggested is linked to activists opposed to the country's junta.

Michael Sullivan, reporting for NPR from Bangkok, says the seven were injured in the explosion that rocked the island in the Gulf of Thailand ahead of the Thai New Year festivities — a major attraction for foreign tourists.

Michael says: "Thailand's military-led government says it believes the same group behind several recent blasts in the capital could be responsible for this bombing as well. The car bomb in Samui was detonated in the basement parking area of a popular mall on the holiday island late Friday. In February, two pipe bombs exploded outside an upscale Bangkok shopping mall, slightly injuring two people."

The Bangkok Post reports that the pickup truck containing the bomb was stolen from Yala province, a focal point of a long-running Muslim insurgency in the Buddhist-majority country.

That led to initial speculation that the bombing had been carried out by the rebels.

The Post says "a government spokesman was quick to steer the speculation in another direction."

"Initial reports back the theory that [the Samui bombers] are the same group that created bombings in Bangkok," Maj. Gen. Sansern Kaewkamnerd was quoted by the newspaper as saying.

The Associated Press notes: "More than 5,000 people have been killed in the three provinces since 2004. Muslim militants generally do not operate beyond those provinces, though a handful of bombings or attempted bombings in other areas have been tentatively attributed to rebels in the past."

Foreign tourism in Thailand has already taken a hit since the May 22 coup and the latest violence in a prime tourist area could do more damage to one of the country's key sources of revenue.

Last week, Prime Minister Gen. Prayuth Chan-ocha lifted martial law, which has been in place since he seized power. However, in its place, he has been granted unprecedented powers under an interim constitution.