Accessibility links
Part Of Fishing Boat Destroyed In Japan Tsunami Appears Off Oregon : The Two-Way The 30-foot piece of the commercial trawler was found Thursday floating off the Ona beach about 65 northwest of Eugene. 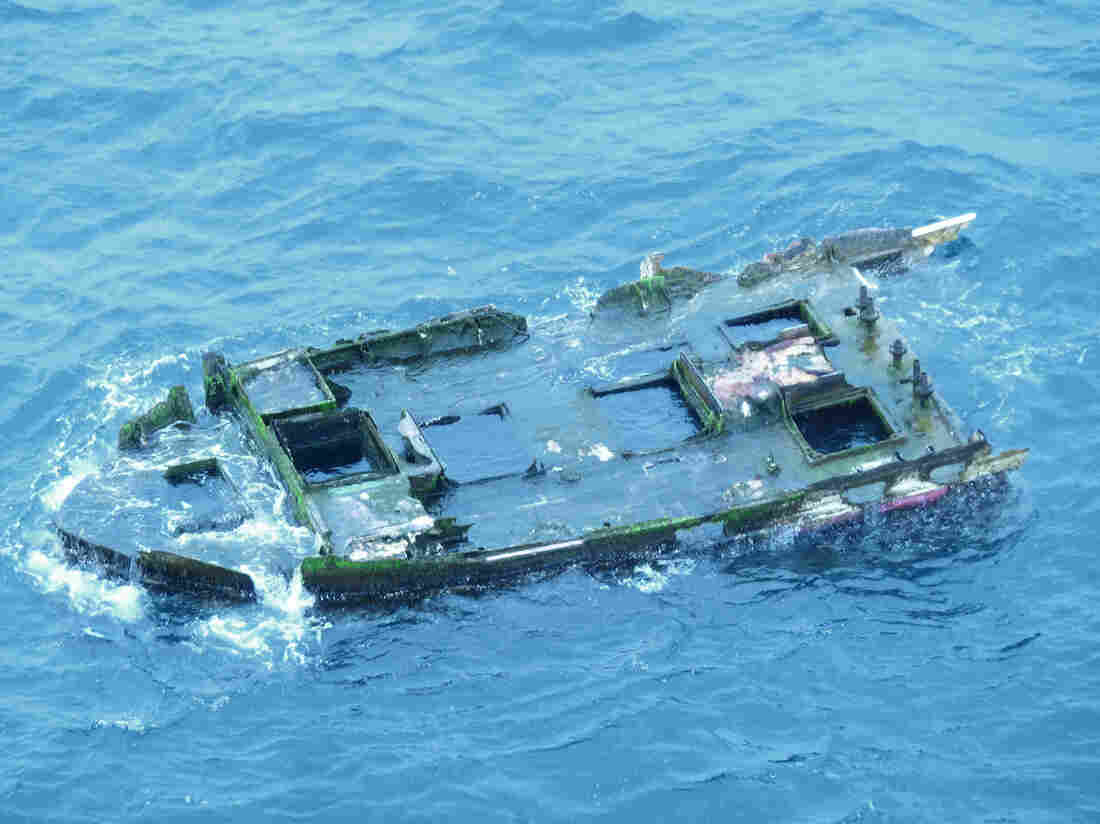 An image provide by Oregon Parks and Recreation Dept. shows a chunk of a fiberglass boat 25-30' long that was spotted off the Oregon shore west of Ona Beach on Thursday. The debris is the latest to reach the U.S. West Coast from Japan's devastating 2011 tsunami. AP hide caption 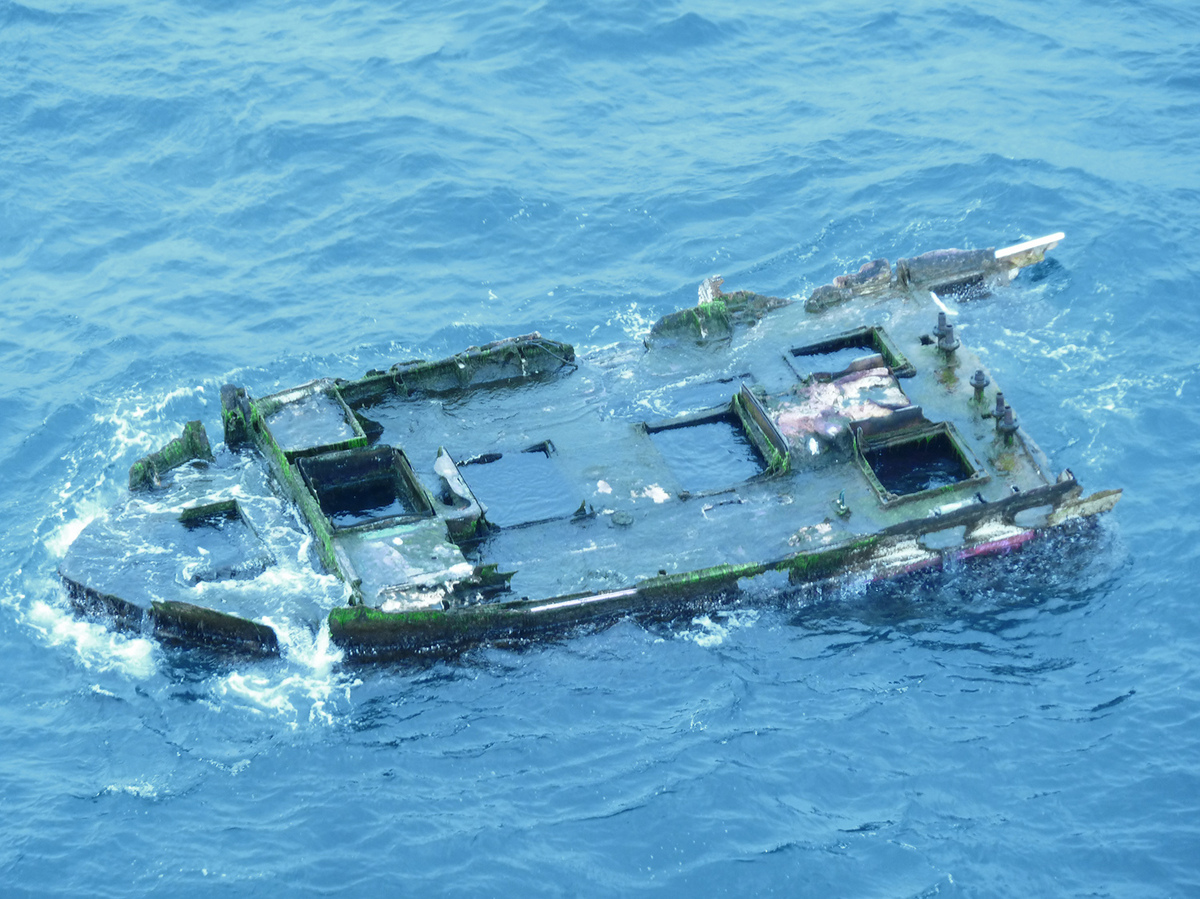 An image provide by Oregon Parks and Recreation Dept. shows a chunk of a fiberglass boat 25-30' long that was spotted off the Oregon shore west of Ona Beach on Thursday. The debris is the latest to reach the U.S. West Coast from Japan's devastating 2011 tsunami.

A piece of a commercial fishing boat that was ripped from Japan's coast by the March 11, 2011 tsunami has turned up on near Oregon four years later, carrying a small diaspora of live yellowtail jack fish, native to east Asian waters, according to state park officials.

The Washington Post writes: "Police from Oregon inspecting fishing licenses a couple of miles off-shore on Thursday came across the 25- to 30-foot piece of what appears to have once been a 50-foot commercial fishing vessel, said Chris Havel, spokesman for the Oregon Parks and Recreation Department. The boat — or at least what's left of it — has been hauled into a port and will be checked for any sort of markers or numbers that could help officials conclusively deduce the boat's origins, Havel said."

The newspaper says about 20 yellowtail jack fish, "representing a species usually found in the waters off Japan," were aboard the vessel off Ona Beach, about 65 miles northwest of Eugene.

The section of the fishing boat is just the latest piece of debris to end up off the U.S. West Coast, carried by winds and currents since being set adrift from Japan by the tsunami, which was triggered by a massive magnitude-9 quake off the coast of Sendai. Some 15,000 people were killed.

"Much of that wreckage ended up in the Pacific Ocean, and its fate depends on its weight, according to the National Oceanic and Atmospheric Administration. Heavy items sank quickly to the ocean floor closer to the Japanese coastline, while lighter items were carried off on ocean currents in different directions.

NOAA predicts some of it could show up in Hawaii by the end of this year, and then on the coasts of North America between March 2013 and March 2014, notes the AP. Any debris that's left could circle back on ocean currents to Hawaii, returning to the islands between 2014 and 2016."

In April 2012, NPR's Mark Memmott reported on the U.S. Coast Guard destroying a "ghost ship" set adrift by the tsunami that ended up in the Gulf of Alaska. And in June of that year, we reported on a massive Japanese dock that washed up on Agate Beach about 90 miles southwest of Portland.

"Havel says biologists inspected the object and consulted with the state Fish and Wildlife Department, deciding that the attached organisms pose little threat to the Oregon coast ecosystem.

"The debris was towed to the Port of Newport Friday morning for temporary storage. Later, Havel says it will be removed from the water, studied, dismantled and taken to a landfill."