Accessibility links
It's Official: Hillary Clinton Announces Presidential Run : The Two-Way Clinton, a former secretary of state, U.S. senator from New York and first lady, is the first Democrat to officially announce a presidential run — and she's by far the favorite to win the nomination.

I'm running for president. Everyday Americans need a champion, and I want to be that champion. –H https://t.co/w8Hoe1pbtC

Former Secretary of State Hillary Clinton announced today that she is seeking the Democratic presidential nomination for the 2016 election.

"I'm running for president," she says in a video posted this afternoon on the website hillaryclinton.com. "Americans have fought their way back from tough economic times, but the deck is still stacked in favor of those at the top. Everyday Americans need a champion. I want to be that champion.

On Friday, NPR and other news organizations quoted sources familiar with Clinton's campaign as saying she would make her announcement official today. 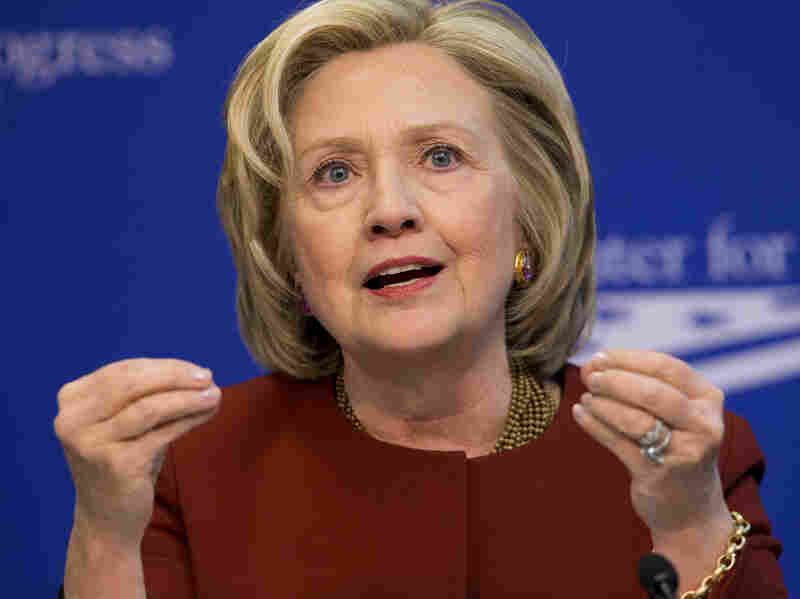 Former Secretary of State Hillary Rodham Clinton speaks at an event hosted by the Center for American Progress and the America Federation of State, County and Municipal Employees on March 23 in Washington. Clinton announced her presidential run today. Pablo Martinez Monsivais/AP hide caption 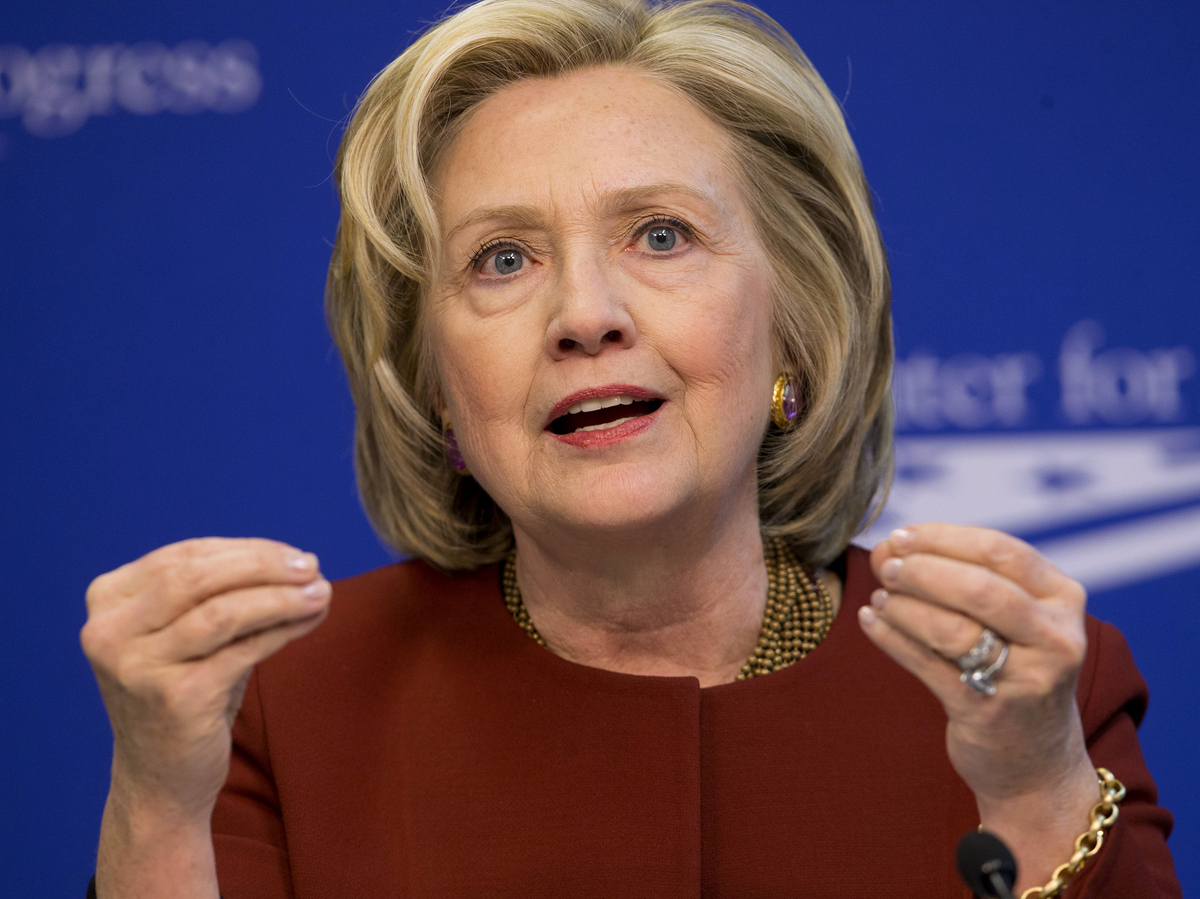 Former Secretary of State Hillary Rodham Clinton speaks at an event hosted by the Center for American Progress and the America Federation of State, County and Municipal Employees on March 23 in Washington. Clinton announced her presidential run today.

As New York magazine wrote in an April 5 profile:

"A lot can happen between now and then, but barring something truly unprecedented and totally unforeseen — a meteorite, a Benghazi revelation, a health scare, or a Martin O'Malley groundswell — on July 28, 2016, Hillary Clinton will step onto a stage in Philadelphia. There, surrounded by red-white-and-blue bunting and balloons — as well as Bill, Chelsea, baby granddaughter Charlotte, and tens of thousands of screaming Democrats — she will officially become her party's presidential nominee."

Polls also show the former first lady leading all her possible Republican rivals in a 2016 matchup. But at a similar juncture in 2007, she was the favorite to win her party's presidential nomination for 2008 — a contest she lost to then-Sen. Barack Obama.

I’m hitting the trail to earn your vote. Headed to Iowa. –H http://t.co/Mut4vOMxm0

Clinton also faces questions about her use of a personal email account while secretary of state, about her role in the Benghazi controversy, and about funds raised by the Clinton Foundation from foreign governments during her tenure at the State Department.

In a response to Clinton's announcement, the Republican National Committee issued a statement calling her trust into question.

"Over decades as a Washington insider, Clinton has left a trail of secrecy, scandal, and failed policies that can't be erased from voters' minds. The Clintons believe they can play by a different set of rules and think they're above transparency, accountability, and ethics," the RNC statement said.

You can follow more detailed coverage of this story on our It's All Politics blog here.