Accessibility links
Pope's Remarks On Armenian 'Genocide' Spark Row With Turkey : The Two-Way Francis, marking the 100th anniversary of the mass killing of Armenians by Ottoman Turks during World War I, described the deaths as a "genocide," causing Turkey to recall its Vatican ambassador. 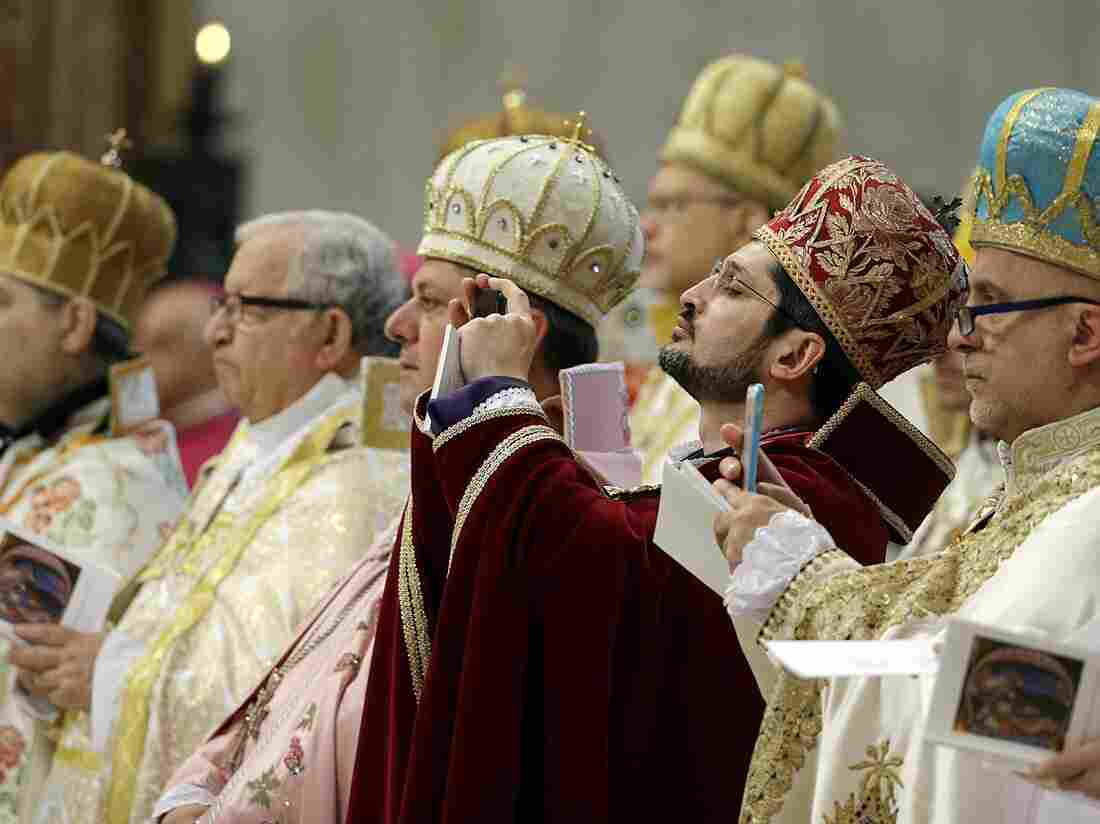 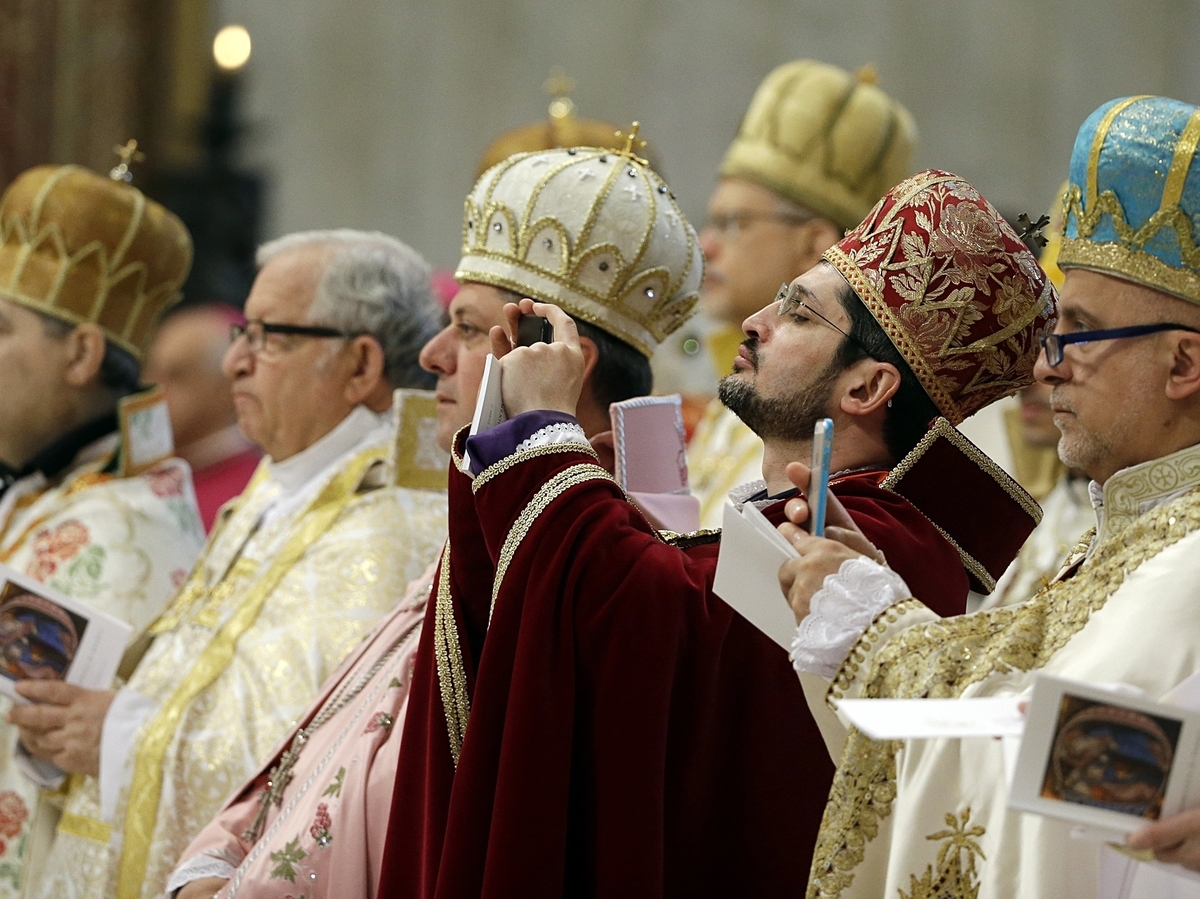 Prelates take pictures as Pope Francis celebrates an Armenian-Rite Mass to commemorate the 100th anniversary of the Armenian Genocide, in St. Peter's Basilica, at the Vatican Sunday.

Pope Francis today touched off a diplomatic dispute between the Turkey and the Holy See when he referred to the mass killing of Armenians by Ottoman Turks during World War I as "genocide."

That view, long disputed by Turkey, caused Ankara to summon the Vatican envoy and to recall its own ambassador to the Roman Catholic Church.

"Concealing or denying evil is like allowing a wound to keep bleeding without bandaging it," Francis said at Mass Sunday in the Armenian Catholic rite in St. Peter's Basilica.

The pope called the massacre of an estimated 1.5 million Armenians the "first genocide of the 20th century."

"Bishops and priests, religious, women and men, the elderly and even defenseless children and the infirm were murdered," the pontiff said.

It is not the first time that a pope has described the Armenian deaths as genocide — Pope John Paul II did so in a written statement.

Even so, it sparked anger from Turkey. Foreign Minister Mevlut Cavusoglu tweeted that "Religious offices are not places to incite hatred and revenge with baseless accusations."

The Pope's statement, which is out of touch with both historical facts and legal basis, is simply unacceptable. +++

Francis was joined at the Sunday Mass by Armenian President Serge Sarkisian and Karekin II, the supreme head of the Armenian Apostolic Church.

Armenians recognize April 24, 1915, as the start of the mass killings, which they have long considered genocide. However, Turks bitterly dispute that claim, saying the numbers of dead are inflated and that the dead were killed in the course of fighting during the war.

According to the BBC: "Pope Francis' focus today on Armenia, the first country to adopt Christianity as its state religion, even before the conversion of the Roman Emperor Constantine, serves as yet another reminder of the Catholic Church's widely spread roots in Eastern Europe and the Middle East. More than 20 local Eastern Catholic Churches, including that of Armenia, remain in communion with Rome."

"Francis, who has close ties to the Armenian community from his days in Argentina, defended his pronouncement by saying it was his duty to honor the memory of the innocent men, women, children, priests and bishops who were "senselessly" murdered by Ottoman Turks.

"In a subsequent message directed to all Armenians, Francis called on all heads of state and international organizations to recognize the truth of what transpired and oppose such crimes 'without ceding to ambiguity or compromise.'"