Accessibility links
Marco Rubio Officially Announces He's Running For President : The Two-Way The Florida senator has had a meteoric rise in politics. He served at the state level beginning in 2000. In 2010, he was elected to the Senate, where he established himself as a GOP leader. 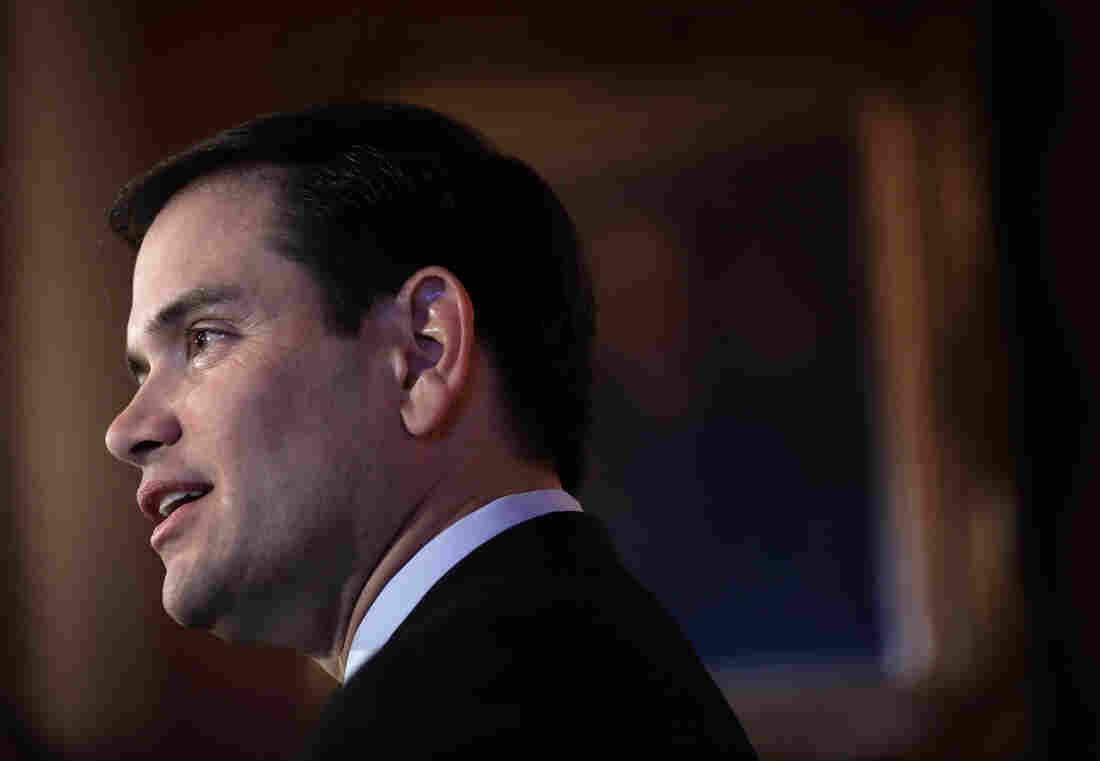 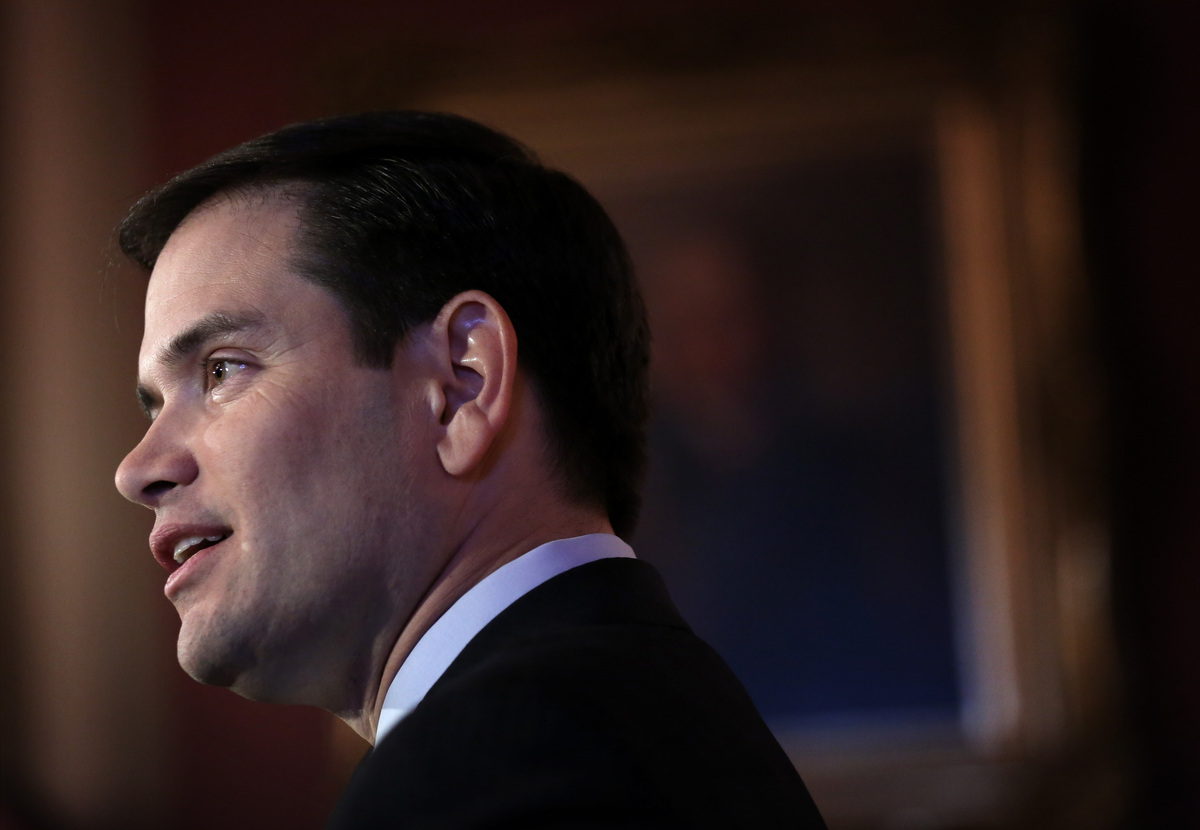 Florida senator Marco Rubio officially announced that he is running for president during a speech in Miami on Monday. He told prospective donors he was launching his candidacy earlier today.

In his speech at the Freedom Tower, which served as an immigrant reception center, Rubio told the crowd: "In many countries, the highest office in the land is reserved for the rich and powerful. But I live in an exceptional country where even the son of a bartender and a maid can have the same dreams and the same future as those who come from power and privilege."

Rubio's parents were both born in Cuba and immigrated to the U.S. in the 1950s. His father worked as a bartender to support his family. He worked long hours, Rubio recalled, often coming home well past midnight.

"My father stood behind a small portable bar in the back of a room for all those years, so that tonight I could stand behind this podium in the front of this room. That journey, from behind that bar to behind this podium, is the essence of the American Dream."

But the 43-year-old said that the American Dream was now beyond the average American. Families are living paycheck to paycheck and are mired in debt, he said. Small-business owners are burdened with taxes and regulations.

He called for reforming the tax code, reducing regulations and repealing ObamaCare, in order to create millions of better-paying jobs.

The senator promised to move the nation beyond the politics of the past. "This election is not just about what laws we will pass," he said Monday evening. "It is a generational choice about what kind of country we will be."

Rubio told the audience that he offered leadership that was not stuck in the 20th century. This was taken as a swipe at 67-year-old Hillary Clinton, who announced her candidacy on Sunday, as well as 62-year-old Jeb Bush, who is expected to launch his campaign soon.

Florida Sen. Marco Rubio said Monday that he will seek the Republican presidential nomination for the 2016 contest, multiple news sources are reporting.

Rubio made the remarks in a conference call with donors, The Associated Press and The New York Times reported. Separately, Rubio's adviser told CNN the senator was running for president.

The news is another chapter in what's been a fast and meteoric rise for the senator in national politics. Rubio served at the state level beginning in 2000 and by 2010, he had been elected to the U.S. Senate.

Almost immediately, Rubio was seen as a Republican Party leader who, as the son of Cuban immigrants, could help turn around the demographic ills of the GOP.

As he was described in a 2013 Time Magazine profile, "the charismatic conservative" had suddenly become the Tea Party's answer to President Obama. So much so, that in 2013 Rubio was picked by the party to deliver the Republican response to President Obama's State of the Union speech.

Although Rubio's speech was somewhat overshadowed by him awkwardly reaching for a drink of water, it also introduced Rubio as a Hispanic Republican with moderate views on immigration and with a uniquely American story.

"My parents immigrated here in pursuit of the opportunity to improve their life and give their children the chance at an even better one," Rubio said. "They made it to the middle class, my dad working as a bartender and my mother as a cashier and a maid. I didn't inherit any money from them. But I inherited something far better — the real opportunity to accomplish my dreams."

As The Wall Street Journal reports, since that speech, Rubio has quietly moved into the upper tier of 2016 Republican contenders.

"[Rubio] gave a well-reviewed performance at a recent gathering of donors organized by the conservative Koch brothers. He has raised eyebrows by securing the services of Jim Merrill, who directed both of Mitt Romney's presidential runs in New Hampshire, and the support of George Seay, a Texas financier who raised money for then-Texas Gov. Rick Perry last time around. He has laid a substantive groundwork with a series of detailed policy speeches over the past year."

With his announcement, Rubio joins a rapidly growing list of presidential hopefuls — on the Democratic side, former Secretary of State Hillary Clinton announced her run over the weekend. And on the Republican side, Sen. Ted Cruz and Sen. Rand Paul have made their runs official. Former Florida Gov. Jeb Bush has formed an "exploratory committee" for a presidential run.