Accessibility links
Golf Celebrates Its New Hero: Masters Winner Jordan Spieth : The Two-Way The New York Times is calling Spieth, 21, "a composite of several of the best golfers the United States has produced." 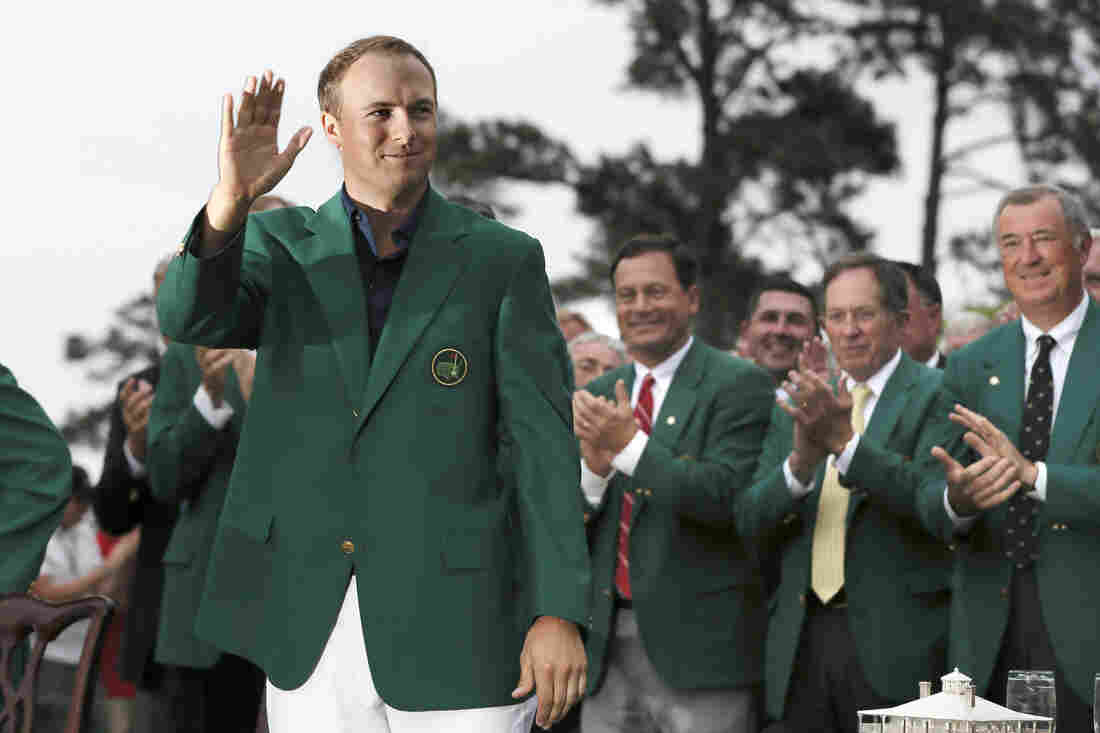 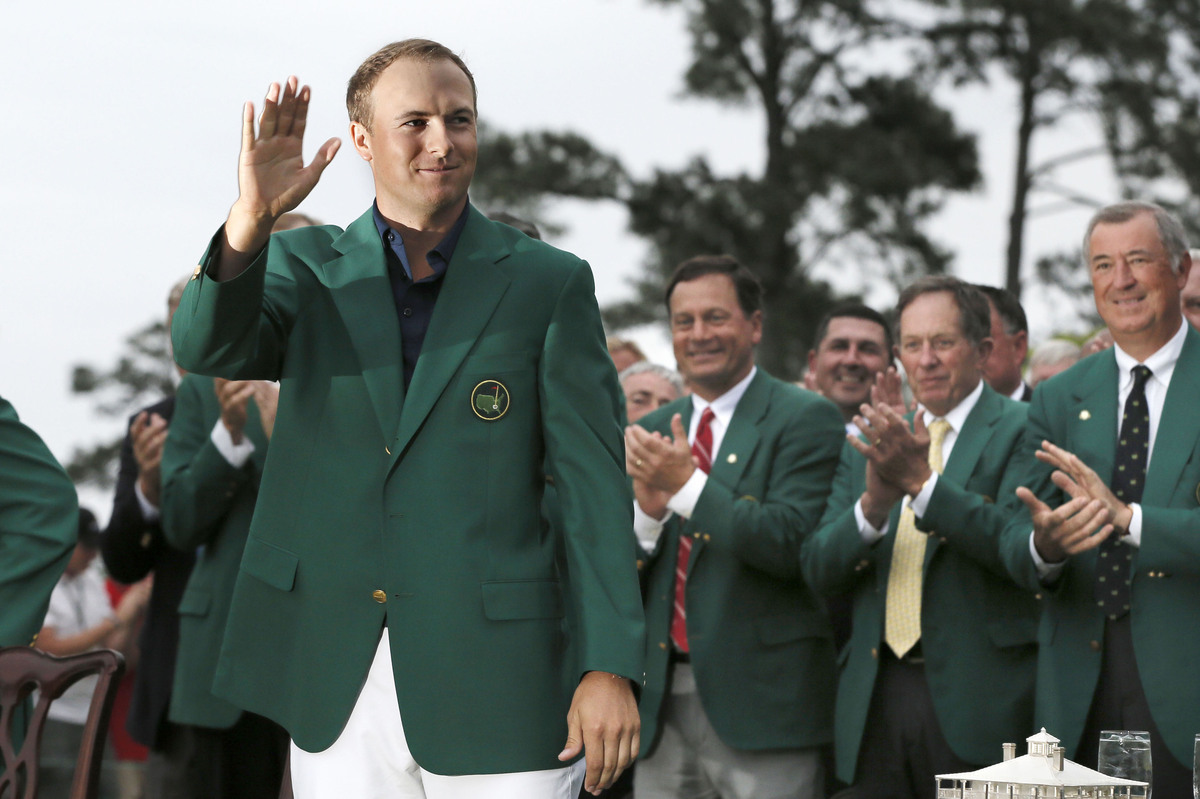 Jordan Spieth, 21, won the Masters on Sunday with a record-tying score. The focus Monday morning is on American golf's new hero — whom The New York Times is calling "a composite of several of the best golfers the United States has produced."

Spieth's gracious speech following his victory is the focus of much of that attention.

"Jordan Spieth, good heavens. America wants to hug you. Take your time. Mom and Dad come first, as they did Sunday. Bring in brothers and sisters. Grab your swing coach and your boys from Texas. Then get to the rest of us because until you have hugged each and every one of us, our lives will be the poorer for it. Here, folks, is what we've been waiting for. This kid is the real deal. The next 20 years, we'll love him.

"We will remember what he did when he finished his hug-a-thon just off the 18th green Sunday.

"He walked back onto the green, there in the day's fading daylight, there where he had won the Masters, a kid 21 years old, three years a professional.

"There, on golf's grandest stage, this most precocious of performers raised his hands and applauded. He applauded the fans on the west side, then turned and applauded those on the left, his face aglow, that sweetheart smile fixed by the moment's wonder.

"On 'arguably the greatest day of my life,' as he put it, Jordan Spieth applauded the people who had applauded him, and, if you ask me when I last saw anyone in golf be that selfless, that gracious, that caring in a moment of personal triumph, the answer is, like, never."

In a separate story, the magazine's Ron Sirak noted that the green jacket will likely spur Spieth's off-course earnings. "Call him the $25 million man — at the very least," Sirak writes.

Wojeciecjowski says while there are many other American golfers in the pipeline, "Spieth is the only young American golfer to move from the pipeline to Butler Cabin for the green jacket presentation. He's the only one to thank the food and beverage people at Augusta National during the awards ceremony. He's the only one to say, without reservation, that he wants to win another Masters and unseat McIlroy as world No. 1."

Spieth, as we told you Sunday, tied the record set by Tiger Woods in 1997 — with his final total of 18-under 270. That has drawn inevitable comparisons with golf's former No. 1.

"He had places to go, you know. People to see. He had family waiting and sponsors clamoring, an agent ready to get into a golf cart with him and rich folks in green jackets eager to show him how important he now is. Spieth was more concerned with being fair to the people in front of him. That's your 2015 Masters champion. He's pretty good at golf, too."