Accessibility links
Blackwater Security Guards Handed Lengthy Sentences For Iraqi Killings : The Two-Way Three of the Blackwater security guards were found guilty of manslaughter and voluntary manslaughter, while a fourth was convicted of first-degree murder.

Four former Blackwater Worldwide security guards have been handed decades-long sentences, ending a case stemming from the deadly shootings of dozens of Iraqi civilians in 2007.

Three of the guards — Paul Slough, Evan Liberty and Dustin Heard — were each handed down 30-year sentences for voluntary and attempted manslaughter. Nicholas Slatten was sentenced to life in prison for first-degree murder. 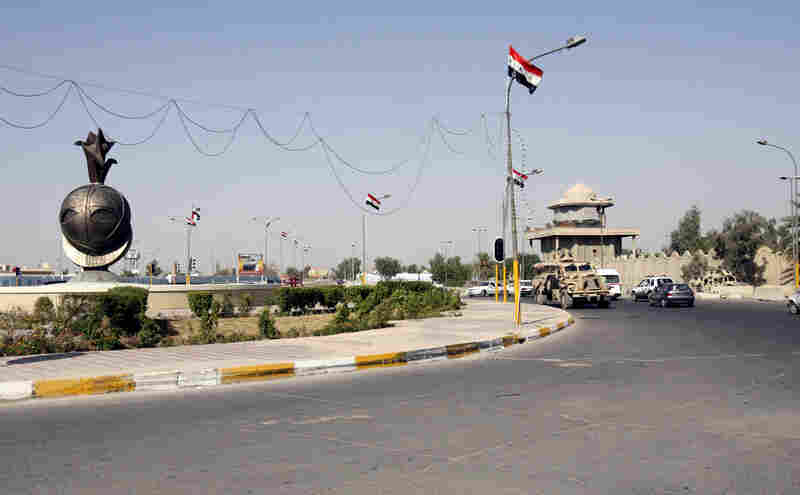 Former Blackwater security guards were sentenced Monday for the shooting of dozens of Iraqi civilians in Nisour Square in Baghdad, Iraq. The square is seen here on Sept. 20, 2007, four days after the incident. Khalid Mohammed/AP hide caption 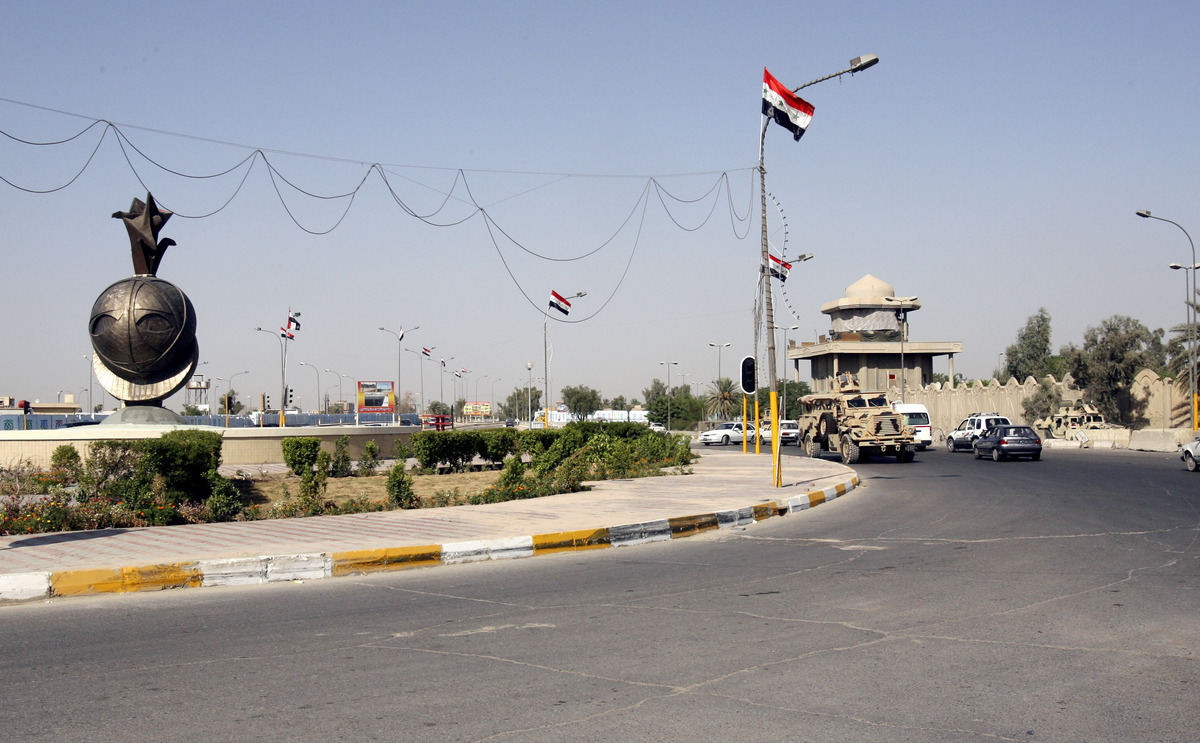 Former Blackwater security guards were sentenced Monday for the shooting of dozens of Iraqi civilians in Nisour Square in Baghdad, Iraq. The square is seen here on Sept. 20, 2007, four days after the incident.

As NPR has reported, "the four were accused in connection with a Sept. 16, 2007, incident in Baghdad's Nisour Square, where 14 unarmed civilians were killed and 17 others were wounded. The Blackwater firm — which changed its name to Xe Services and subsequently Academi in the years after the shooting — served as a private contractor protecting diplomats for the U.S. State Department."

NPR's Carrie Johnson was in the courtroom where she says the mood was somber. She says the father of a nine-year-old Iraqi boy who was killed asked the court to teach the Blackwater guards a lesson. The boy's mother wept as she asked the contractors why they killed her son.

Carrie says one defense lawyer turned to the family and apologized, another said they case would haunt them all, like a nightmare.

Judge Royce Lamberth agreed with defense lawyers that the convicted had clean records and were unlikely to do anything violent again. He called them fine young men who just panicked. But Lamberth said he needed to send a message because of the seriousness of the case and the large number of victims. 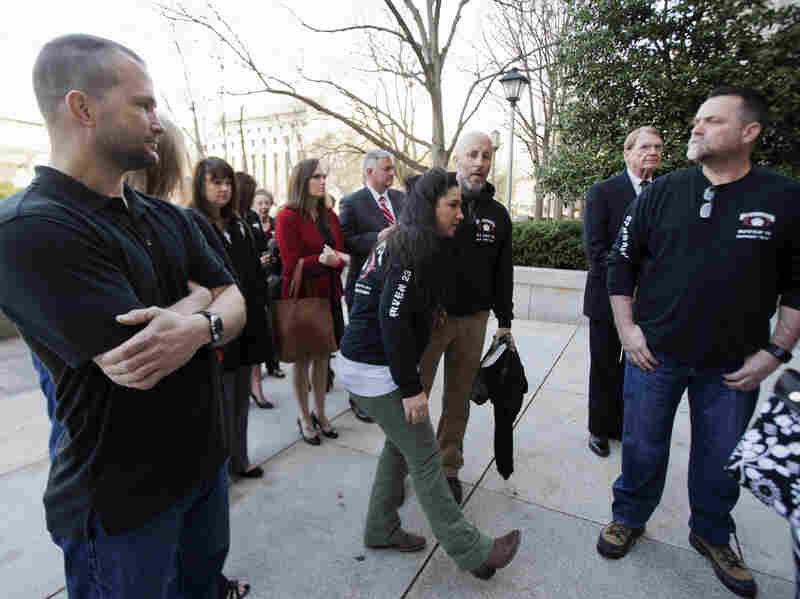 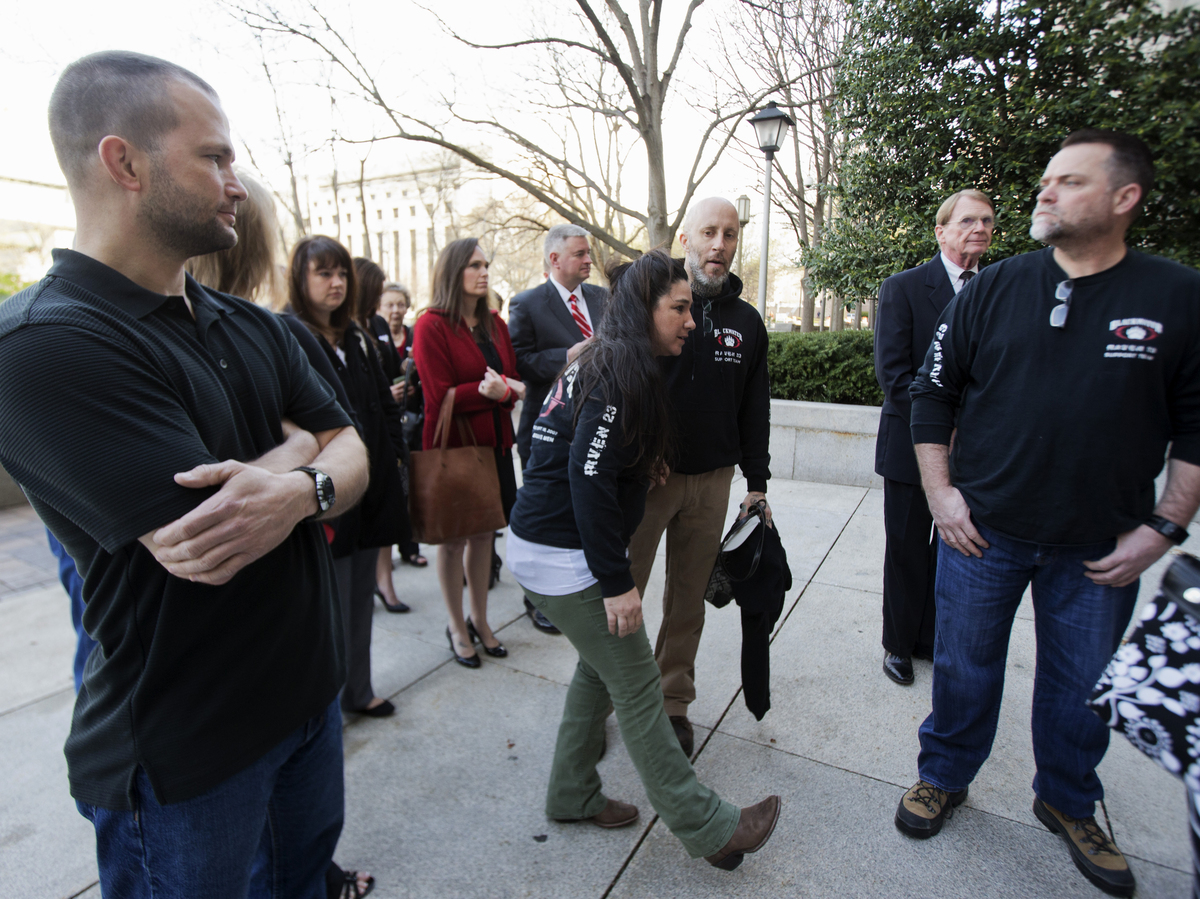 Supporters of four former Blackwater security guards in front of a federal courthouse in Washington, D.C., on Monday.

Prosecutors described the shooting as an unprovoked ambush of civilians, according to The Associated Press. Defense lawyers say Iraqi police and insurgents fired on the the Blackwater security guards, who had to fire back in self-defense.

The incident brought into question the role of — and legal protections for — U.S. security guards in Iraq and elsewhere.

The four men were initially charged in 2008, but the case was thrown out before it went to trial over what the judge said was prosecutors' reliance on statements from guards given with the understanding they would not be used in court. A federal appeals court later revived the case, and the men were again charged in October 2013, according to the AP.

A federal jury convicted them in October 2014.

There was disagreement among prosecutors and F.B.I. agents leading the investigation after the men were originally charged, according to a New York Times report. The F.B.I. wanted to charge the men with the type of manslaughter and weapons charges that could put them away for the rest of their lives. But there was resistance in the Justice Department with charging the defendants with crimes that would result in mandatory 30-year prison sentences.

Despite those initial reservations, the Times says, it was the Justice Department that has been aggressively arguing for tougher sentences to be handed down.