Accessibility links
White House Says It Will Remove Cuba From List Of State Sponsors Of Terrorism : The Two-Way The move is just one part of the Obama administration's push to normalize diplomatic relations with Cuba. 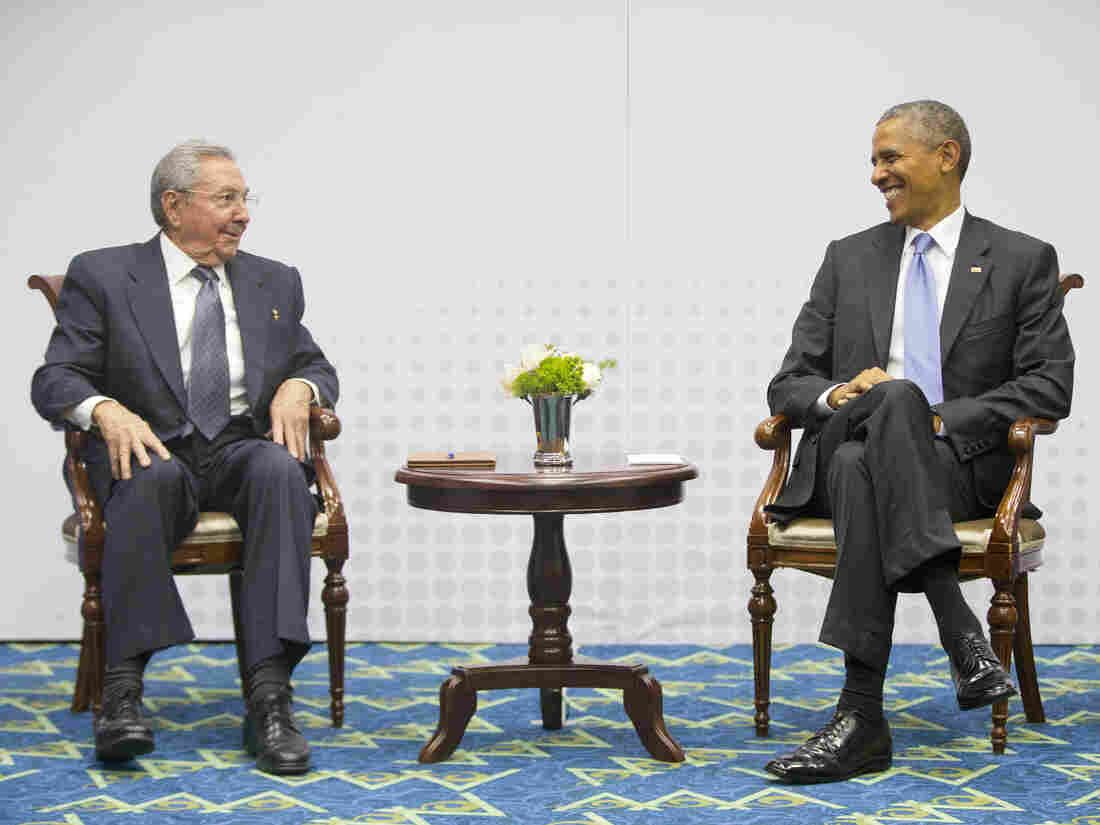 President Obama with Cuban President Raul Castro during their historic meeting at the Summit of the Americas in Panama City. The Obama administration announced Tuesday it will remove Cuba from its list of state sponsors of terrorism. Pablo Martinez Monsivais/AP hide caption 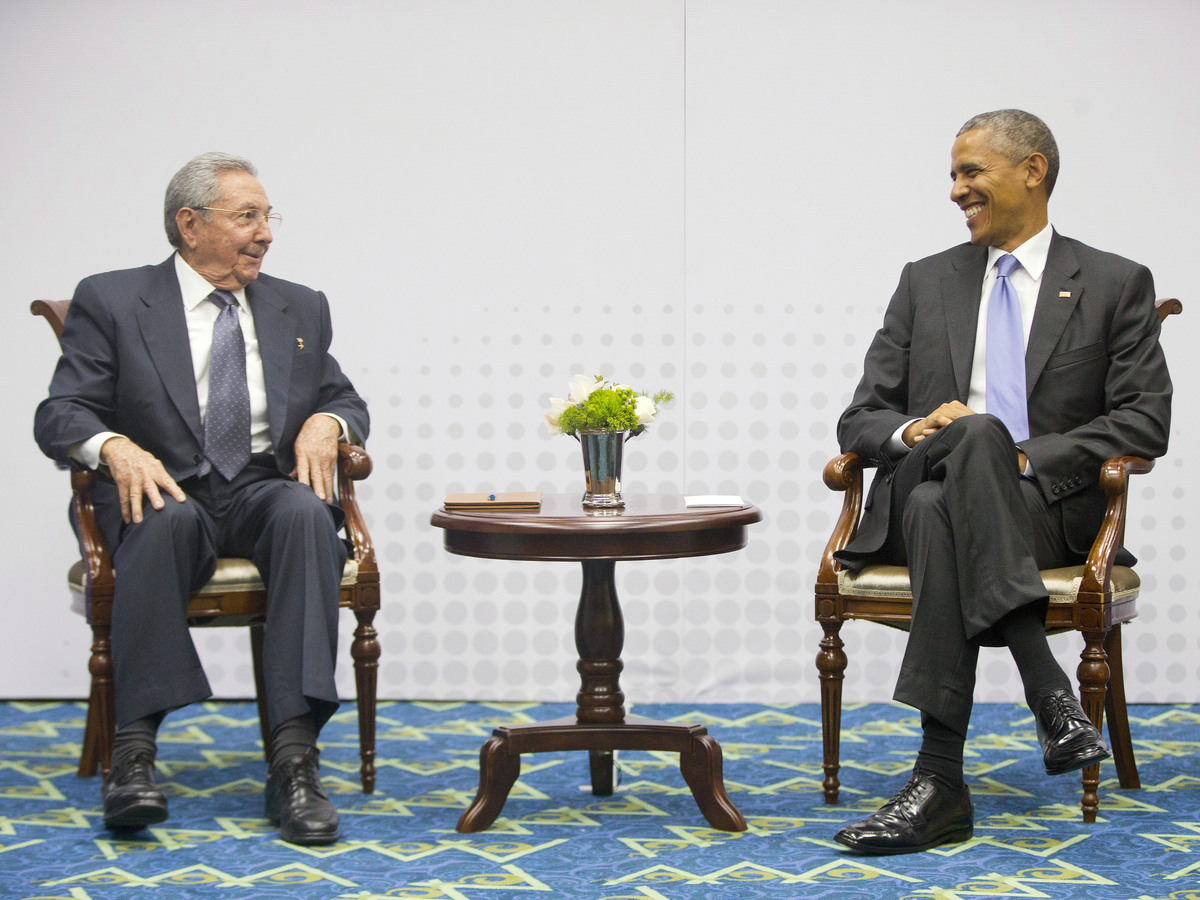 President Obama with Cuban President Raul Castro during their historic meeting at the Summit of the Americas in Panama City. The Obama administration announced Tuesday it will remove Cuba from its list of state sponsors of terrorism.

The Obama administration announced Tuesday it will remove Cuba from its list of state sponsors of terrorism, a major step in normalizing relations between the two countries. The announcement comes just days after a meeting between President Obama and Cuban President Raul Castro at a summit in Panama.

Reuters reports that Congress has 45 days to consider the decision before it takes effect, and says lawmakers are "extremely unlikely to block the move."

President Obama previously ordered a review of Cuba's place on the terrorism list, after he and Castro announced last December that they were ready to begin normalizing diplomatic relations. Last week, the U.S. State Department recommended that Cuba be removed from the list.

Cuba has been on the list of state sponsors of terrorism since 1982 because of "efforts to promote armed revolution by organizations that used terrorism." Cuba has always objected to its place on the list.

The Associated Press reports that White House press secretary Josh Earnest "said that taking Cuba off the terror list does not change the fact that the U.S. has difference with the island nation's government" but that "concerns over a wide range of Cuba's policies and actions fall outside the criteria that is relevant to whether to rescind Cuba's designation as a state sponsor of terrorism."

Removing Cuba from the list is only one part of a larger push to normalize ties between the two nations. As we've previously reported, "the U.S. will ease travel and remittance policies; expand commercial sales and exports; and ease imports, including of tobacco products and alcohol. The U.S. will expand Cubans' access to the Internet and telecommunications."

In an interview with NPR's Steve Inskeep earlier this month, President Obama said he hopes his administration's changing relationship with Cuba will benefit the Cuban people over the long term.

"I think there's a real opportunity here, and we are going to continue to make — move forward on it," Obama said. "Our hope is to be in a position where we can open an embassy there — that we can start having more regular contacts and consultations around a whole host of issues, some of which we have interests in common."

Obama did admit that Cuba and the U.S. still don't see eye to eye on all issues. "There are areas where there are serious differences, and you know, I don't expect immediate transformation in the Cuban-American relationship overnight," he said. "But I do see the possibility — a great hunger within Cuba — to begin a change — a process that ultimately, I think, can lead to more freedom and more opportunity."

But in an interview with NPR's Audie Cornish, William LeoGrande, author of the book Back Channel to Cuba: The Hidden History of Negotiations between Washington and Havana, said, "I think delisting is mostly symbolic. The Cubans take it as a real insult because they don't believe that they've been involved in supporting terrorists."

He did admit that Cubans will see some financial benefit from the move, but they won't be major. "There are financial sanctions that attach to being on the terrorism list, but those sanctions are actually less stringent than the sanctions that Cuba already faces under the U.S. embargo," LeoGrande said. "So, in that sense, the sanctions won't really go away, even when Cuba is delisted. However, because it's symbolic, it may make some U.S. banks willing to take the chance of engaging in transactions with Cuba that are licensed by the United States government."