Accessibility links
EU Charges Google With Antitrust Violations, Will Also Look At Android : The Two-Way Saying that Google abused its grip on the online search market by "systematically favoring" its own shopping services at the expense of others, a European panel releases a list of antitrust charges. 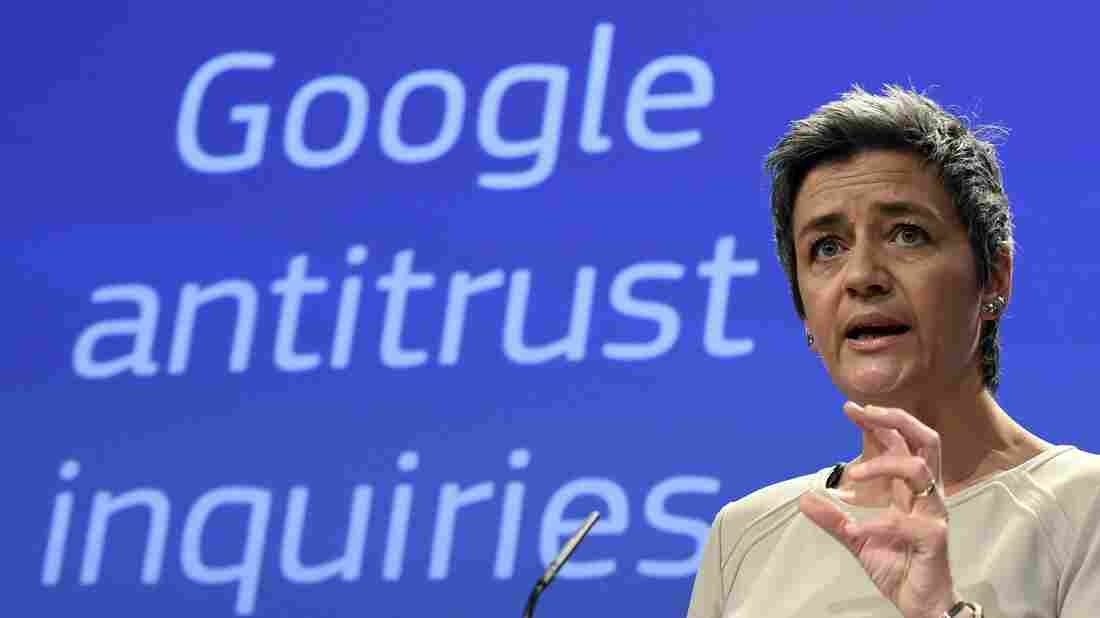 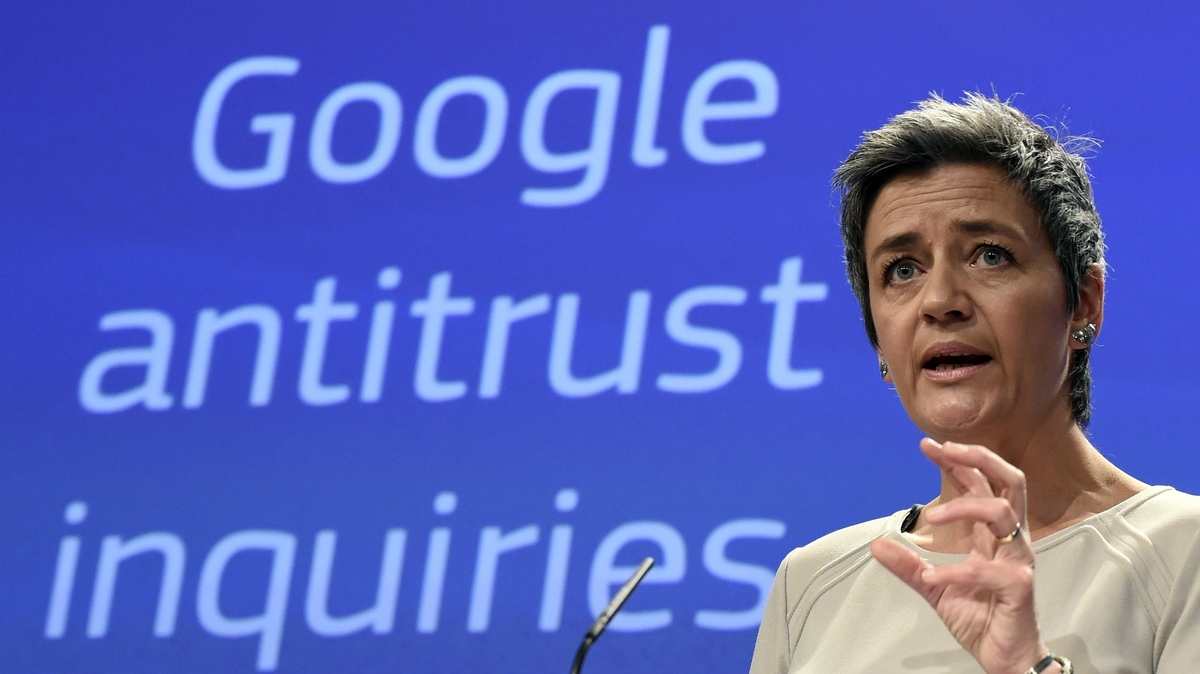 Saying that Google has abused its dominant position in the search market "by systematically favoring its own comparison shopping product," the European Commission has sent a list of antitrust charges to the search giant. The European Union has also opened a new inquiry into the Android mobile system.

"I am concerned that the company has given an unfair advantage to its own comparison shopping service" and broken European law, says the EU commissioner in charge of competition policy, Margrethe Vestager.

She added that Google will have a chance "to convince the commission to the contrary. However, if the investigation confirmed our concerns, Google would have to face the legal consequences and change the way it does business in Europe."

The EU's "preliminary conclusions" include:

Taken together, the charges could expose Google to fines of more than $6 billion, according to multiple reports.

"Google is far more dominant in Europe than it is in the U.S.," NPR's Ari Shapiro reports for Morning Edition. "It accounts for 9 out of 10 searches in Europe."

Ari adds, "The U.S. did have an antitrust investigation into Google a couple of years ago. It was conducted by the FTC, the Federal Trade Commission, and it was settled without a formal complaint — though Google did agree to make some changes to the way it handles its search results in the States."

In announcing a separate investigation into the Android mobile operating system, the EU panel noted that while the system is "open-source," the majority of device makers pair Android with Google's applications and services.

In that case, the European Commission says it wants to learn:

Responding to the new Android inquiry, Google says of its partner agreements: "It's important to remember that these are voluntary — again, you can use Android without Google — but provide real benefits to Android users, developers and the broader ecosystem."

The company's European branch also said that its free operating system has contributed to the fast growth of the smartphone market and helped to end an era in which "[the] only way to build apps was device by device and platform by platform."

Regarding the formal antitrust charges, the company highlighted its Google Flight Search as proof that it can serve consumers without destroying competition.

In a blog post called "The Search for Harm," Google Search Senior Vice President Amit Singhal also noted the success in Europe of other search and review services, from Bing to Yelp. His post includes charts that show Amazon, eBay and other companies attracting the most unique visitors in the UK, France and Germany, with Google Shopping ranking well below those retailers.