Accessibility links
Who's On The List Of State Sponsors Of Terrorism, And Why : The Two-Way The White House said Tuesday that President Obama would remove Cuba from the U.S. list of state sponsors of terrorism. Iran, Sudan and Syria are also on it. But some states have made it off, too.

Who's On The List Of State Sponsors Of Terrorism, And Why

Who's On The List Of State Sponsors Of Terrorism, And Why 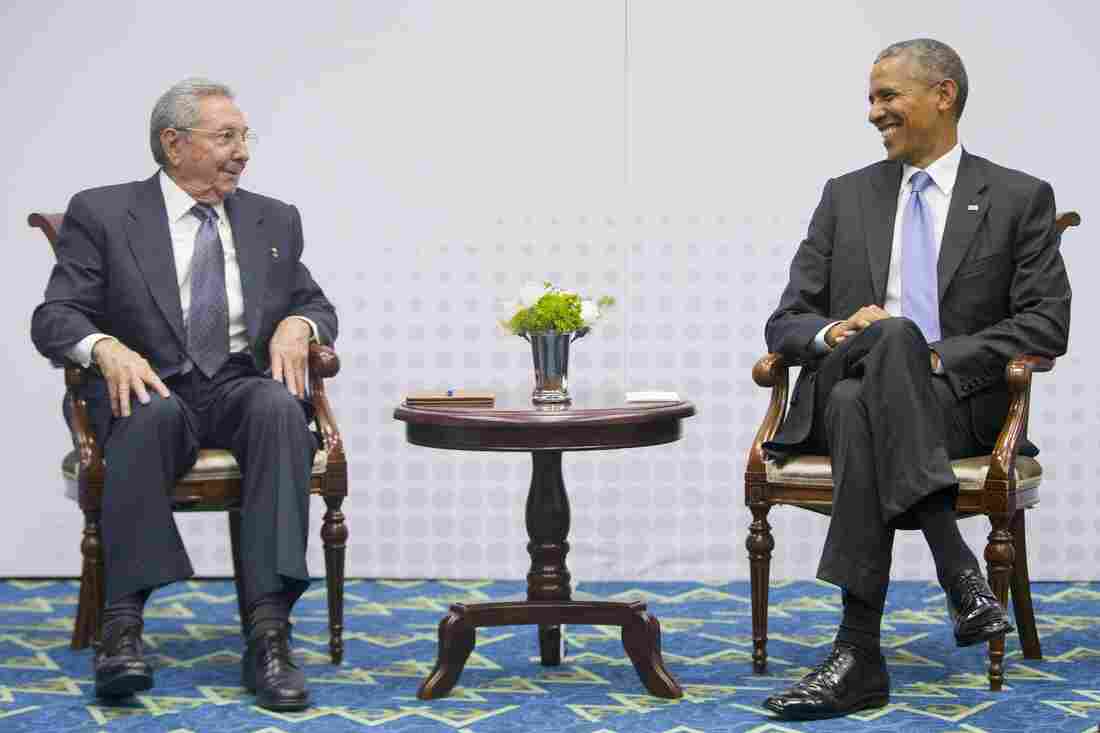 President Obama meets Cuban President Raul Castro at the Summit of the Americas in Panama City on April 11. The White House says it wants to remove Cuba from its list of state sponsors of terrorism. Pablo Martinez Monsivais/AP hide caption 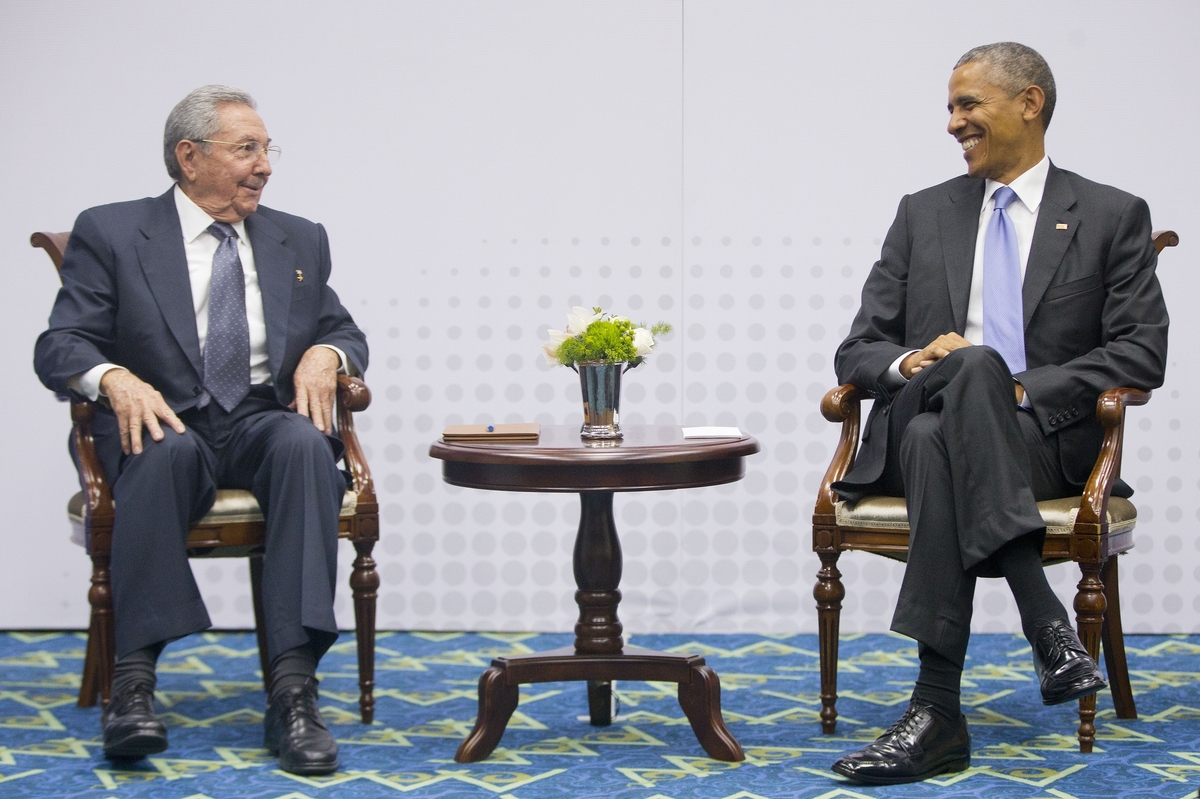 President Obama meets Cuban President Raul Castro at the Summit of the Americas in Panama City on April 11. The White House says it wants to remove Cuba from its list of state sponsors of terrorism.

The White House announced Tuesday that President Obama would remove Cuba from the U.S. list of state sponsors of terrorism. That got us thinking about which other nations are on the list, how they got there, whether any others have been removed, and what happens to countries when they're put on (or taken off) the list.

Aside from Cuba, there are three other countries currently on the list:

The countries that have been removed are Iraq, Libya, North Korea and the former South Yemen.

Why Are they There?

Three laws dictate a country's presence on the list:

To be added to the list, according to the U.S. State Department, the secretary of state "must determine that the government of such country has repeatedly provided support for acts of international terrorism."

That designation triggers unilateral sanctions by the U.S. These include a ban on weapons exports and sales; the imposition of financial and other curbs, as well as a ban on economic assistance; and restrictions on the exports of items that can be used by the country to enhance its military capability or its ability to support terrorism.

Iran was cited for its support of the Shiite group Hezbollah, as well as Hamas in Gaza, the Houthis in Yemen and other militant groups across the region.

Sudan was listed for allowing terrorist groups to operate on its soil, but the State Department notes that the country "remained a generally cooperative counterterrorism partner and continued to take action to address threats to U.S. interests and personnel in Sudan."

Syria, the report said, continued its political support of groups such as Hezbollah and other groups.

It's worth noting that being on a U.S. list of state sponsors of terrorism does not necessarily mean that the country stops trading with other nations. Typically, as in the case of Iran, strong multilateral sanctions are needed to have an impact.

How Do Countries Get Removed?

For a country to get off the list, the U.S. secretary of state must make a recommendation to the president. Should the president accept the recommendation, a 45-day review follows during which Congress can vote on whether to block the move. A country can be officially removed from the list after that time.

Just because a country is no longer on the list doesn't necessarily mean it is considered a U.S. ally, but it does mean the U.S. and said country can enjoy a semblance of normal relations.

As President Obama told NPR in an interview this month: "There are areas where there are serious differences, and you know, I don't expect immediate transformation in the Cuban-American relationship overnight," he said. "But I do see the possibility — a great hunger within Cuba — to begin a change — a process that ultimately, I think, can lead to more freedom and more opportunity."

Indeed, countries that have been removed from the list are not all U.S. allies.

For example, Iraq was one of the original members of the list, but it was removed in 1982 during the Iran-Iraq War when the U.S. was supporting Saddam Hussein. Iraq was slapped back on the list in 1990 following its invasion of Kuwait.

Libya, another of the original members, was removed in 2006 when its then leader, Moammar Gadhafi, gave up his program to make weapons of mass destruction and, in the words of the U.S., renounced his support of terrorism.

North Korea was removed in 2008 following commitments it made on its nuclear program.

South Yemen was removed when it was united with the north.