Accessibility links
Postman Carrying Letters For Congress Lands On Capitol Grounds In A Gyrocopter : The Two-Way The Florida postal worker had told many that he had planned to make the flight to raise awareness about graft and corruption in Congress. He was met by police with their guns drawn. 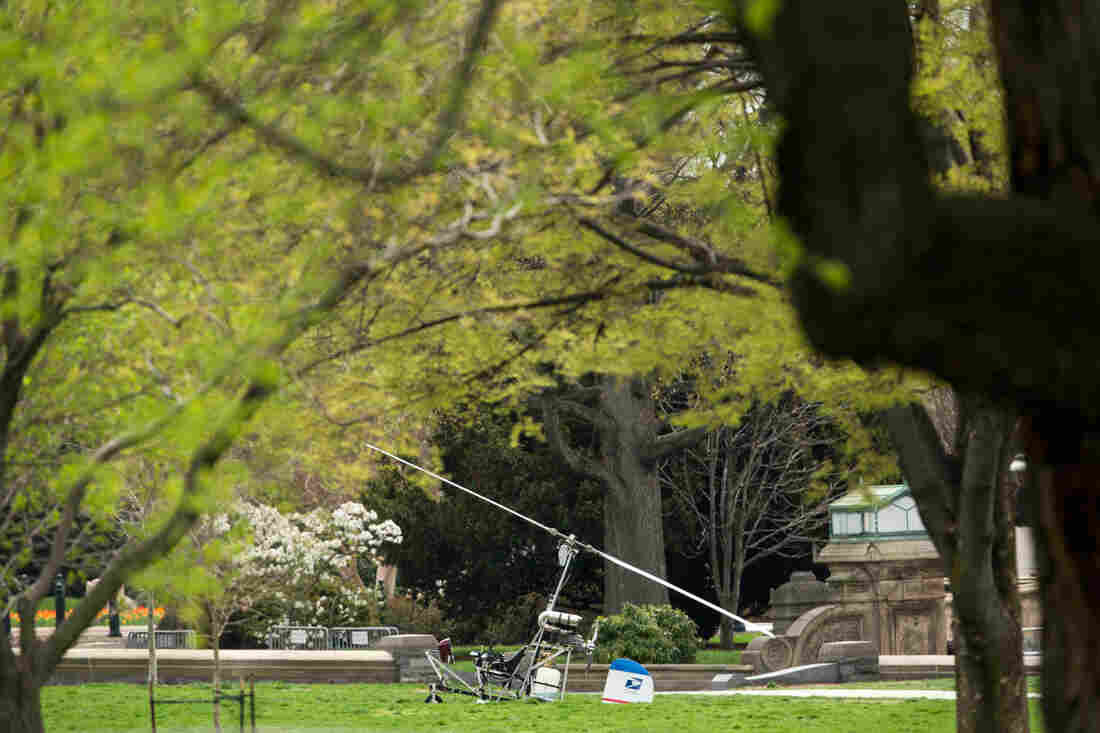 A gyrocopter sits on the West Lawn of the U.S. Capitol in Washington on Wednesday. A Capitol Police spokeswoman said its occupant was arrested. Andrew Harnik/AP hide caption 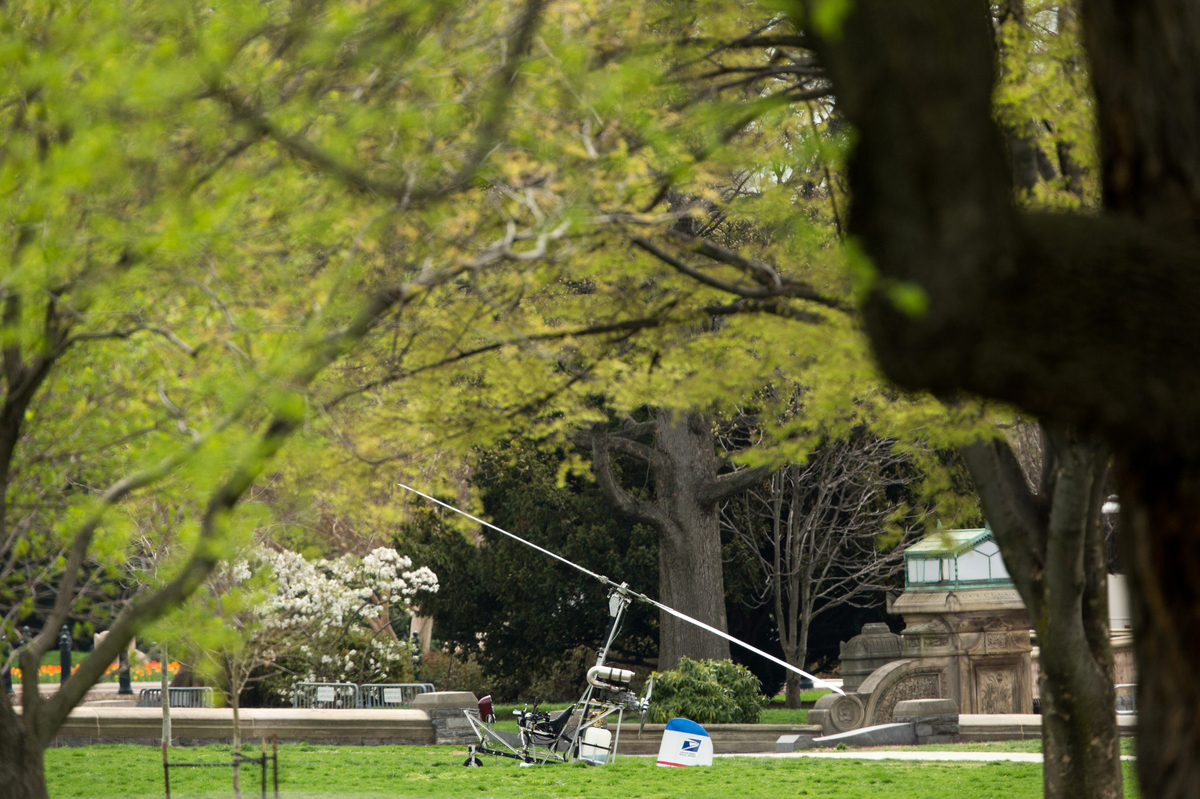 A gyrocopter sits on the West Lawn of the U.S. Capitol in Washington on Wednesday. A Capitol Police spokeswoman said its occupant was arrested.

The U.S. Capitol Police have confirmed that Douglas Mark Hughes of Ruskin, Fla. was the pilot who landed a gyrocopter not far from the capitol building.

Police searched the vehicle, saying "nothing hazardous" was found. The gyrocopter was relocated to a secure location, the department said in a statement.

Shortly after landing, Hughes was quickly named by friends and news outlets as the man who flew low over the reflecting pool to land near the Congressional buildings. He was met by police with their guns drawn.

The 61-year old postal worker had told the Tampa Bay Times that he intended to make the flight in order to deliver letters to members of Congress in order to highlight institutional graft and the need for campaign finance reform.

Hughes' own website noted that he was going to make a "special delivery" today. He called it an act of civil disobedience.

According to the Tampa Bay Times, Hughes "bought a burner cell phone and a video camera, and tested a livestream video feed from his gyrocopter. He built a website offline that explains who he is and why he's doing what he's doing. He bought $250 worth of stamps and stuffed 535 two-page letters into 535 envelopes, each addressed to a specific member of Congress:

"I'm demanding reform and declaring a voter's rebellion in a manner consistent with Jefferson's description of rights in the Declaration of Independence," he wrote in his letters. "As a member of Congress, you have three options. 1. You may pretend corruption does not exist. 2. You may pretend to oppose corruption while you sabotage reform. 3. You may actively participate in real reform."

Hughes also learned how to fly.

Late last week, he loaded the gyrocopter onto a trailer and headed for an undisclosed location outside the nation's capital.

"If you're reading this, Doug Hughes, a 61-year-old mailman from Ruskin, has taken flight. His stated intent: to buzz through the air at 45 miles per hour at about 300 feet up in an ultralight gyrocopter toward Washington, D.C., toward protected airspace, where, if his plan works, he'll land on the lawn of the United States Capitol building and deliver the mail."

Hughes wrote that he didn't believe that the authorities would shoot down a "61-year old mailman in a flying bicycle."

A gyrocopter with a single occupant landed Wednesday on the grounds of the Capitol, prompting a security lockdown, the U.S. Capitol Police said.

Capitol Police spokeswoman Lt. Kimberly Schneider said in an emailed statement that a man has been detained; charges are pending.

A bomb squad investigated the gyrocopter, but nothing hazardous was found, Schneider said. It will be moved from the West Lawn of the Capitol to a secure location.

The lockdown and street closures have since been lifted.

The identity of the man in the gyrocopter is unknown, but the Tampa Bay Times is reporting that a mailman named Doug Hughes, 61, from Ruskin, Fla., had announced his intention to fly to the Capitol to demand campaign finance reform.

The Federal Aviation Administration, in a statement, said "the pilot was not in contact with FAA air traffic controllers and the FAA did not authorize him to enter restricted airspace."

The statement added that rules prohibit private aircraft flights over the Capitol and the District of Columbia without prior coordination and permission.

This post will be updated as we learn more.